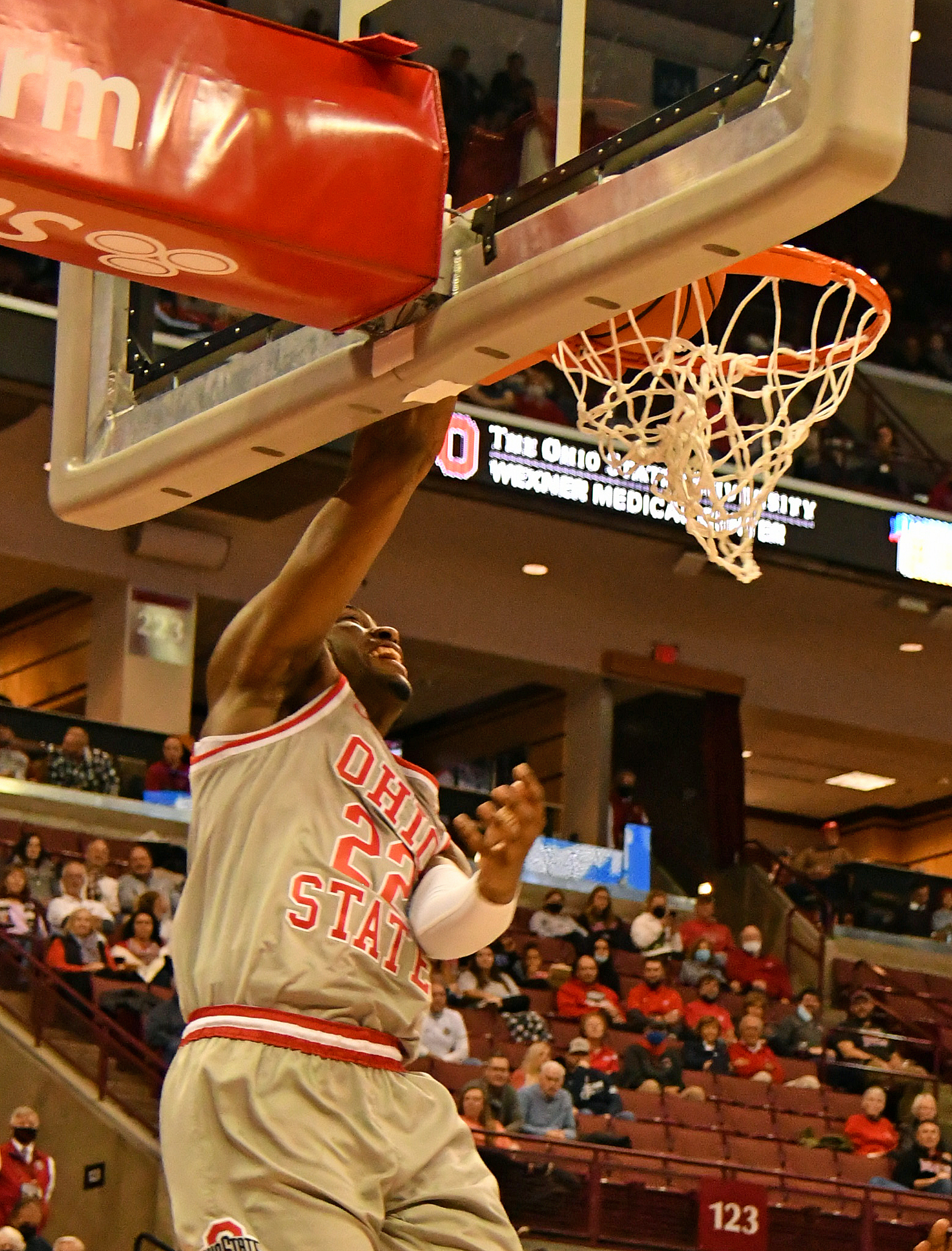 It wasn’t until just under the 16-minute mark of the first half that Ohio State’s shutout bid came to an end Nov. 15 against Bowling Green. The Falcons, which entered Value City Arena with a 1-1 record, finally snapped their dry spell with 15:44 to play with a Gabe O’Neal layup, but the damage had already been done at the other end, with Ohio State leaping out to an 11-0 lead, featuring a pair of three-pointers from point guard Jamari Wheeler and a third from forward E.J. Liddell.

That start for the Buckeyes set the tone for their first comfortable win of the season, dodging the same fate that they’d met in each of their first two games of the season – first in a 67-66 win over Akron and then with an 84-74 win against Niagara – and rolling over Bowling Green with ease, 89-58, to improve to 3-0 on the season.

The next eight minutes of that first frame weren’t a whole lot friendlier to the MAC squad that make the trek two hours down US-23 to square off with Chris Holtmann’s Buckeyes. With Ohio State playing like a squad trying to make a point after it was dropped two spots in the AP Poll and questioned nationally for its first two showings, Bowling Green found itself in the wrong place at the wrong time, trailing 22-4 with eight minutes to play at the half.

It fell even deeper into the gully by the time those first 20 minutes mercifully came to a close, with Ohio State holding a resounding 41-18 margin. The story of the half, outside of some marvelous Buckeye defense (and dreadful Bowling Green shooting) was the suddenly balanced OSU offense.

After leaning heavily on Liddell in each of the first two games, five Buckeyes had at least six points but none had more than eight to open against BG. Justin Ahrens led the way with a pair of three-pointers and two free throws, followed by Liddell with seven points and six points each for Zed Key, Wheeler and Kyle Young.

That offensive balance remained into the second half, much to the delight of Holtmann who has talked at length about the need to take the pressure off Liddell. After another 20 minutes of domination, the Buckeyes had five players with at least 11 points – a far cry from the 25- and 29-point outings that the Buckeye forward had to put in for his team to survive in the opening stanza.