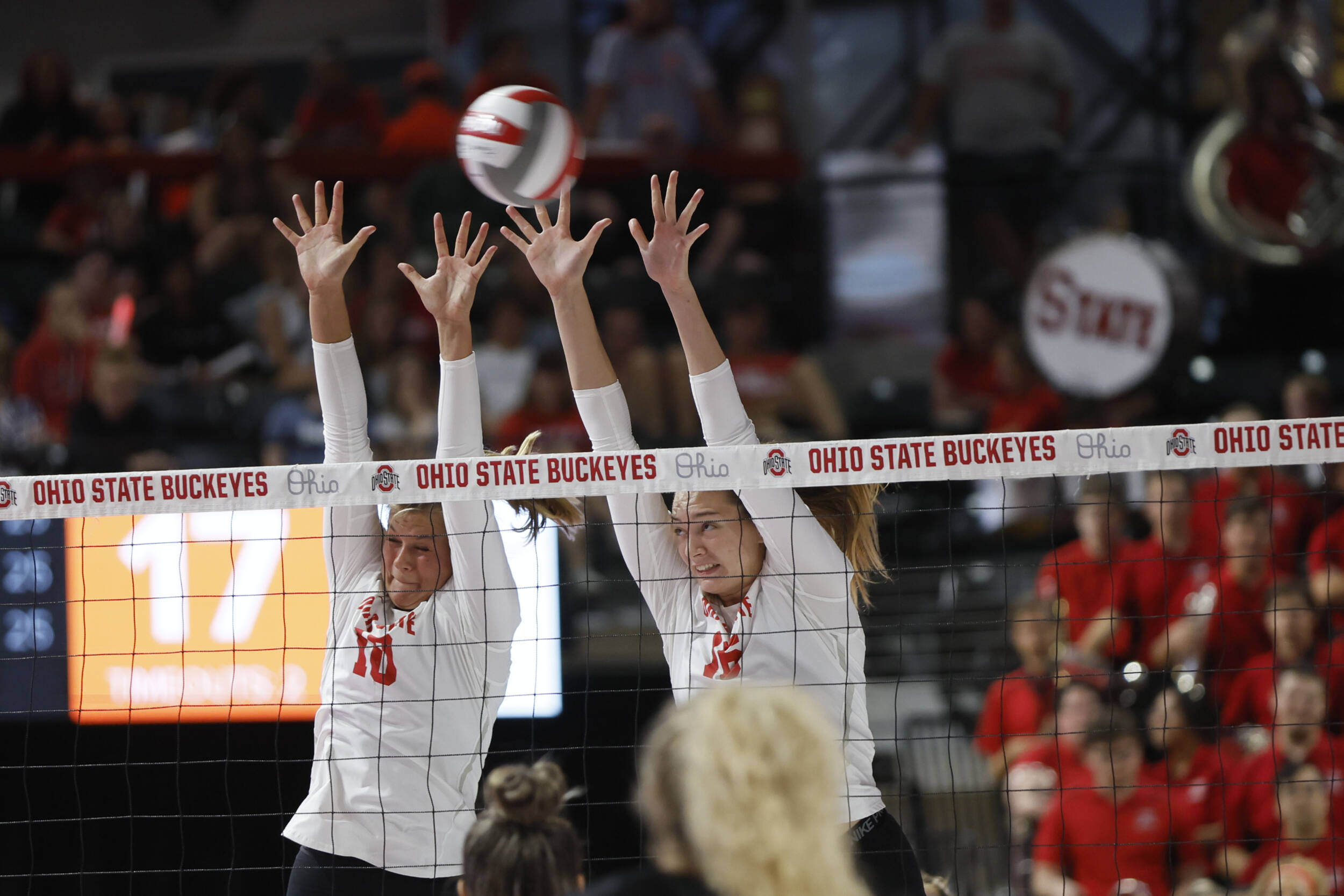 The No. 7-ranked Ohio State women’s volleyball team opened the season with a pair of losses to No. 2 Texas in a sold-out Covelli Center on Aug. 26 and 27.

The Longhorns won in straight sets on the first night, taking home a closely contested 25-21, 25-22, 25-22 victory over the Buckeyes. Ohio State kept close throughout the contest, including 10 ties and six lead changes in the third set, but was unable to overcome Texas. Emily Londot had a team-high 14 kills, and Kylie Murr led the Buckeyes with 11 digs.

The remainder of the match did not go the way of Ohio State as Texas got off to hot starts in each of the next three sets. The Longhorns took a 10-3 lead in the second set, and later led by nine points, before winning the set 25-18.

Ohio State, after trailing by as many as five points in the third set, cut the deficit to three points, 20-17, but Texas went on to win 25-20. The fourth set was a dominant one for the Longhorns, who took a 15-10 lead before closing the set and match on a 10-3 run. Londot led with 14 kills and had 11 digs for the first double-double of Ohio State’s season. Murr led with 13 digs.

The Buckeyes will take the court next on Sept. 3 against No. 15 San Diego in the Cardinal Classic in Louisville, Ky.

Elander was at North Dakota for seven seasons as an associate head coach prior to joining Muzerall’s staff in 2017, and he left Ohio State in 2018 due to personal reasons.

“We are excited to welcome back Peter Elander to Ohio State,” Muzerall said. “He brings with him a wealth of knowledge of the game of hockey, an impressive European connection and a proven ability to improve talent. He has a quick wit and sense of humor and is a trusted and loyal person that I am excited to have back on my staff.”

“Throughout these last five years since he left, Peter has always maintained really good communication with me,” Muzerall said. “He never really left the program. He was always a fan behind the scenes. Whether that was calling me and congratulating us or giving me a hyped-up talk before the Frozen Four, he was always in the know and always stayed relevant to our players and their success. I think that shows true of his character and his loyalty to Ohio State.”

Prior to his time in coaching, Elander played with Team Sweden at the 1980 U20 World Championships and won a bronze medal, and he has also played in the Swedish Elite League in the 1980s.

With Elander’s addition, Muzerall’s staff is complete for the upcoming season that begins on Sept. 30 through Oct. 1 against Minnesota State. Her staff also includes director of operations Lauren Spring and assistant coach Kelsey Cline.