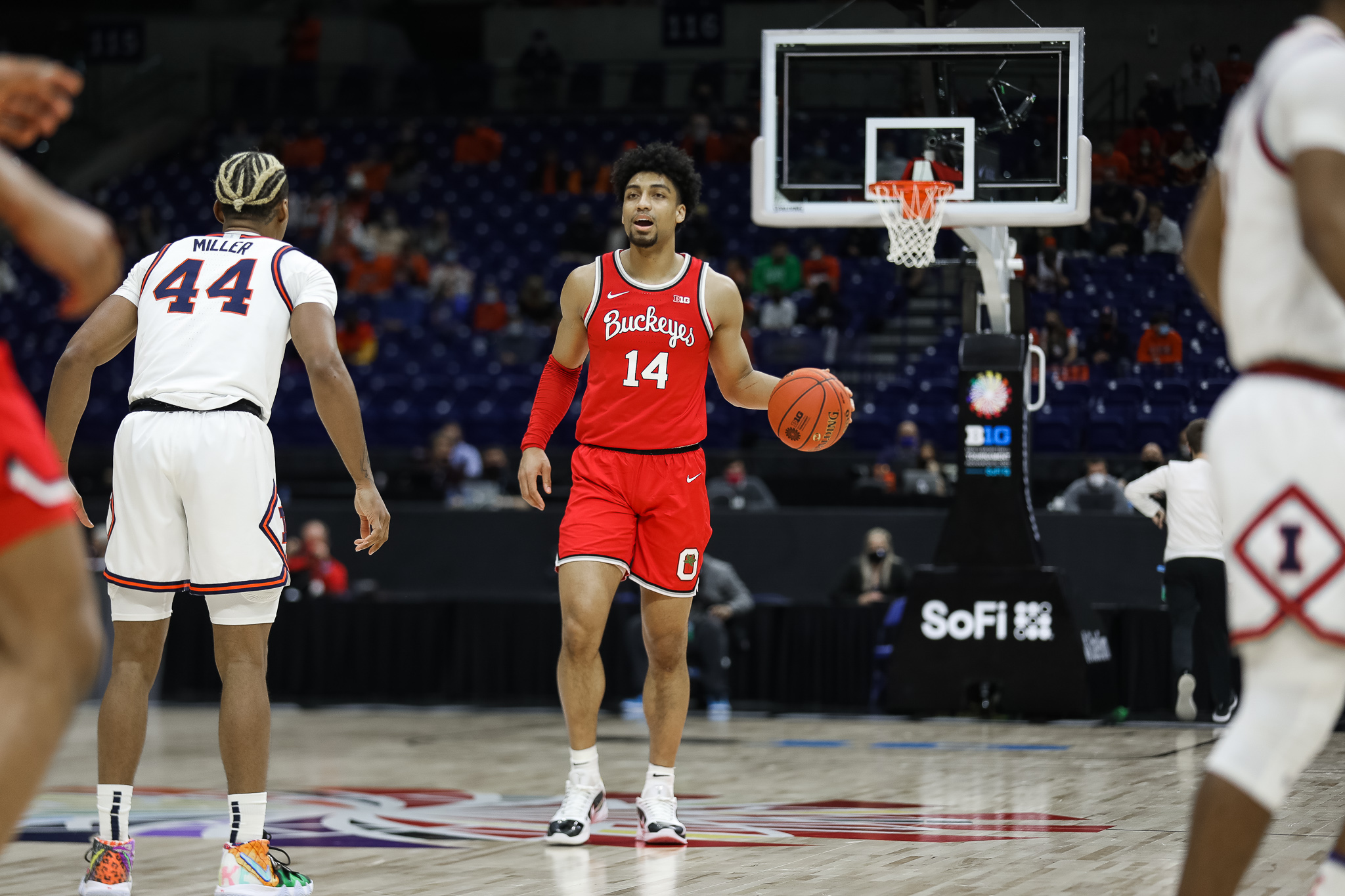 After missing much of last season with an abdominal injury, Ohio State forward Justice Sueing is reportedly cleared to return to all basketball activities.

As first reported by CBSSports’ Jon Rothstein, Sueing will be full-go in practices as the season draws near. Sueing appeared in Ohio State’s first two games last season before he was sidelined for the rest of the campaign while nursing his injury.

Sueing was a key member of the 2020-21 Ohio State team, which secured a second seed in the NCAA Tournament after making an appearance in the Big Ten Tournament Championship. The Honolulu, Hawaii, native averaged 10.7 points and 5.5 rebounds on 49.1 percent shooting. He also was a key ball-handler and facilitator for that team, stepping into a point guard role while injuries decimated the backcourt late in the season.

Prior to joining the Buckeyes, Sueing played two years at California — where he led the Golden Bears in scoring in each of his seasons in the program.

While Sueing is set to make a full return to the hardwood, fellow Ohio State forward Seth Towns — who missed all of last season while recovering from back surgery — has not been cleared for a full return to basketball activities.