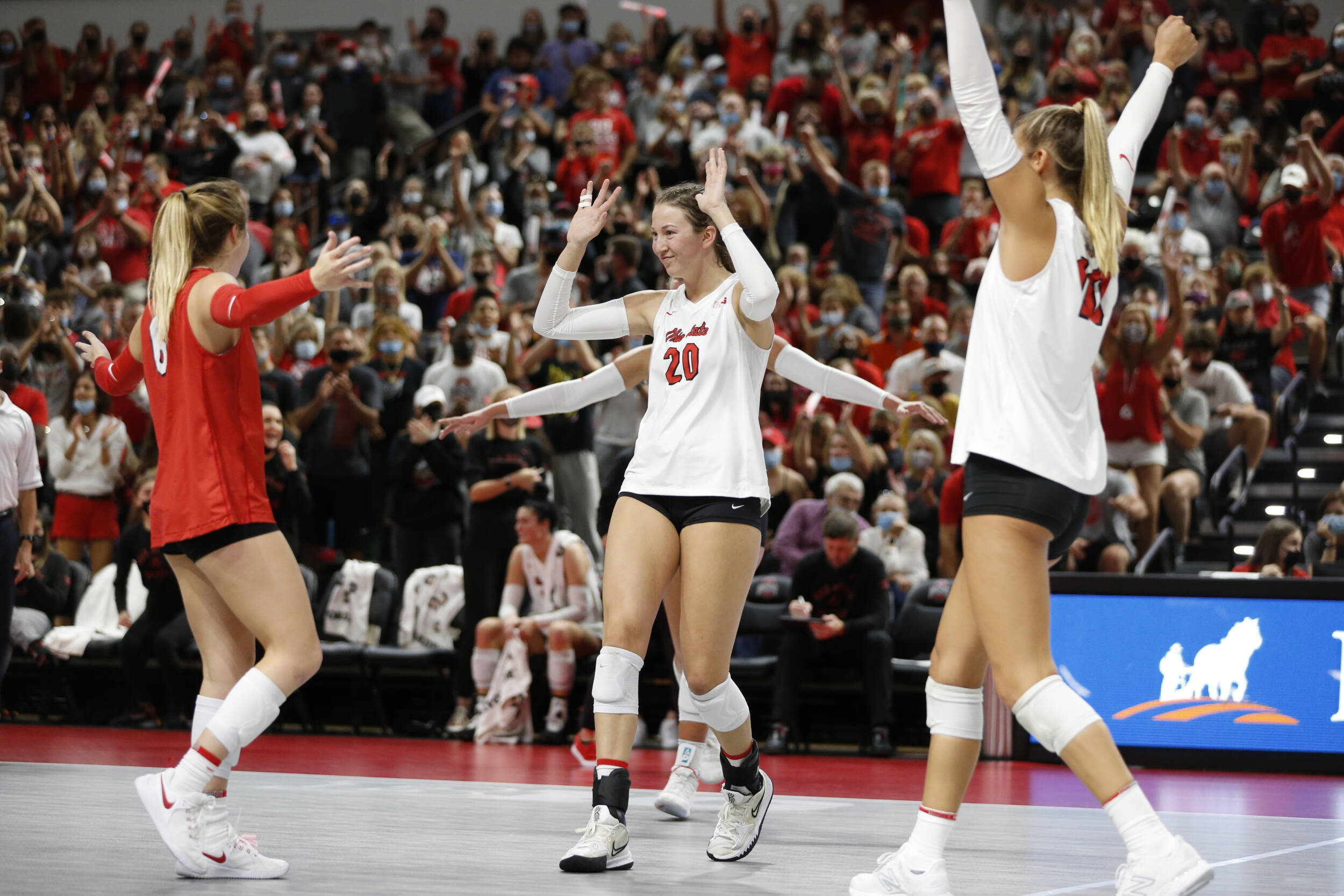 Ohio State women’s volleyball earned a sweep (25-22, 25-17, 25-15) against Michigan inside the Covelli Center on Sunday afternoon in front of a record Covelli Center crowd of 4,098.

The No. 7 Buckeyes (14-2, 4-2) sold every ticket for an alumni day matchup with the Wolverines, besting their rivals from up north in three sets. Ohio State scored the first point from a Michigan service error and ended the game with a kill from Mia Grunze.

Senior Hannah Gruensfelder moved up to fourth on Ohio State’s record list with 1,347 career digs after recording seven in the game. In the same category, junior Kylie Murr surpassed her coach, Jen Flynn Oldenberg, moving to 13th all-time with 1,150.

Ohio State recorded 11 blocks. The Buckeyes have dominated the net this year and have had at least 10 blocks in six games. It was the third time the team reached that mark in a three-set match.

The No. 16 Buckeyes (6-5, 1-2) scored quickly, taking a 1-0 lead only four minutes into the second quarter, However, the Hoosiers responded with a tying goal eight minutes later and scored twice in the second half to pull away with a two-goal win.

Ohio State bounced back with a 4-3 win over Ohio on Sunday, snapping a four-game losing skid against the in-state rival.

The Buckeyes rallied behind a pair of goals from Emma Goldean. The senior midfielder joined Jessica Houihane in helping Ohio State turn a one-goal deficit into a two-goal lead. The Bobcats scored on a penalty corner late in the fourth quarter but couldn’t get the equalizer.

Ohio State celebrated a “Pride Game” and welcomed back alumni to Columbus for the contest. The game honored National Coming Out Day on Monday, Oct. 11, and was brought to the team by senior goalie Aaliyah Hernandez, who is part of Buckeye Spectrum — the department’s LGBTQ+ student-athlete group.

The Buckeyes (4-6-1, 0-3-0 in the Big Ten) finished the first half with a flourish of shots but nothing found the back of the net. Freshman Joakim Jahnsen had the best chance to score; however, his 33rd-minute strike from 20 yards out hit the top left corner of the goalpost and bounced into the field.

Wisconsin scored in the 39th minute on a goal from Andrew Akindele before adding a late goal to give the game its final.

Ohio State has been involved in eight games decided by one goal in addition to a double-overtime 1-all draw against Creighton, a 2-0 win over Cleveland State and Friday’s loss to the Badgers.

Buckeye Sports Bulletin covered men’s golf and men’s ice hockey in the latest edition of our newspaper. The men’s hockey recap is also on our website at BuckeyeSports.com.