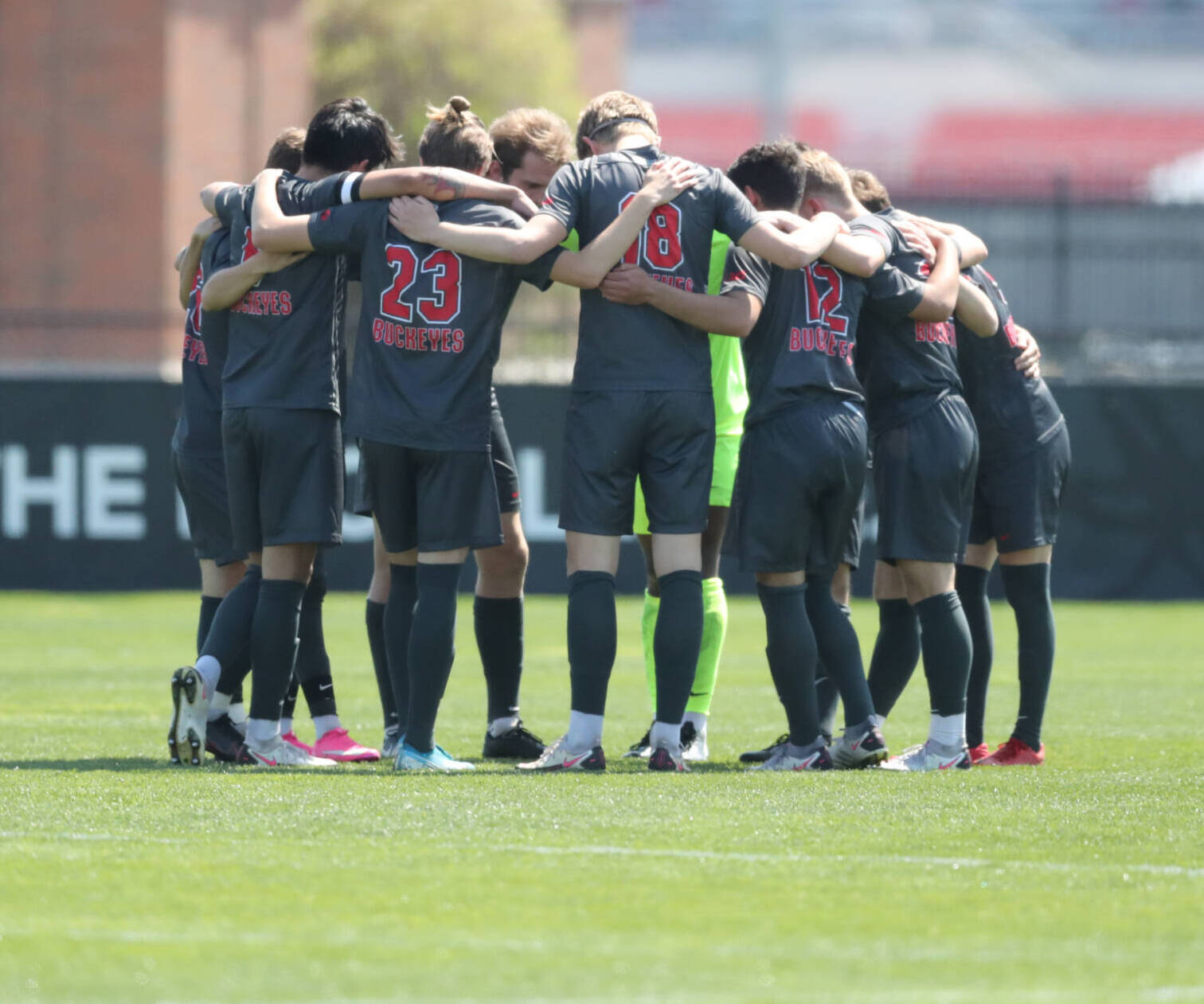 The Ohio State men’s soccer team is off to its best 12-game start in program history following a win at Michigan Oct. 11 and is currently ranked No. 15 in the country.

Now at 7-1-4, the Buckeyes toppled the Wolverines 3-1, with each of the squad’s three goals coming from different players. OSU scored two second-half goals in a span of two minutes to push a 1-1 deadlock to an emphatic 3-1 victory.

Third-year midfielder Laurence Wootton, who didn’t start the contest due to an illness, entered in the second half as a substitute and volleyed home a perfectly-placed cross from freshman midfielder Luciano Pechota to give Ohio State a 2-1 lead in the 76th minute.

That edge expanded to 3-1 a mere 1:14 later when junior midfielder Parker Grinstead won a ball on the left wing near midfield, split a pair of Wolverine defenders and lofted a shot from the top-left corner of the 18-yard box over the keeper’s head and into the bottom-right corner of the goal. Neither team scored from there as Ohio State cruised to a win.

Sophomore midfielder Joakim Jahnsen opened the scoring for the Buckeyes in the 18th minute by firing home a deflected ball from the top of the 18-yard box. OSU took a 1-0 lead into intermission.

“I thought it was a solid 45 (minutes),” Ohio State coach Brian Maisonneuve told Big Ten Network at halftime. “We did some good things. I thought we had some numbers up situations where we didn’t quite connect and take full advantage of the numbers when we had them.”

Michigan equalized in the 57th minute off a corner kick, but Wootton and Grinstead’s later goals proved decisive.

WOMEN’S HOCKEY OFF TO UNDEFEATED START

Four games into the 2022-23 season, Ohio State women’s hockey has looked the part of defending national champions. The team is off to a 4-0 start.

This past week the Buckeyes swept St. Cloud State in a two-game series at home, winning 5-2 Oct. 7 and 6-2 Oct. 8. Graduate defenseman Sophie Jaques and graduate forward Paetyn Levis each collected WCHA Player of the Week honors for their efforts across the two contests.

“At the beginning of the year, it’s always hard,” Levis told The Lantern Oct. 8. “Things are always moving, changing, trying to see who meshes and gels together. I think we’re all very fast. We played grittier and we played a bit physical today, so that was good to see. Getting games under our belt will just make us more confident in each other.”

Levis picked up a team-high four points in the second victory against the Huskies, combining with two points from the first tilt for a six-point weekend. Jaques slapped home two goals against St. Cloud State in the second contest, with three goals total in the series.

Freshman forward Sloane Matthews picked up a multi-goal day of her own in the first game against the Huskies.

Ohio State outshot St. Cloud State a combined 84-29 across the two matchups, using a 3-1 scoring advantage in the third period to wrap up a 5-2 win in the first contest before jumping out to a 5-1 lead after two periods and coasting through the second.

The Buckeyes’ season continues with a two-game set at Bemidji State Oct. 15 and 16.

BERNARD REACHES ROUND OF 16 AT ITA CHAMPIONSHIPS

The Florida native won three matches to qualify for the main draw at the ITA All-American Championships in Tulsa, Okla., the only Ohio State player to make it that far. He took down No. 34 Axel Nefve of Florida, one of two ranked wins Bernard recorded at the tournament, 6-4, 2-6, 6-4 to advance to the round of 16.

There he faced Duke fourth-year Garrett Johns, the No. 28 player in the ITA.

Bernard fell behind two breaks and lost the opening set 6-2, but battled back for a 6-4 win in the second set to force a winner-take-all third. Johns ended his tournament run there, however, with a 6-0 stomping.

Still, for a freshman who doesn’t currently rank in the ITA’s top 125 collegiate men’s tennis players, it was an excellent showing.