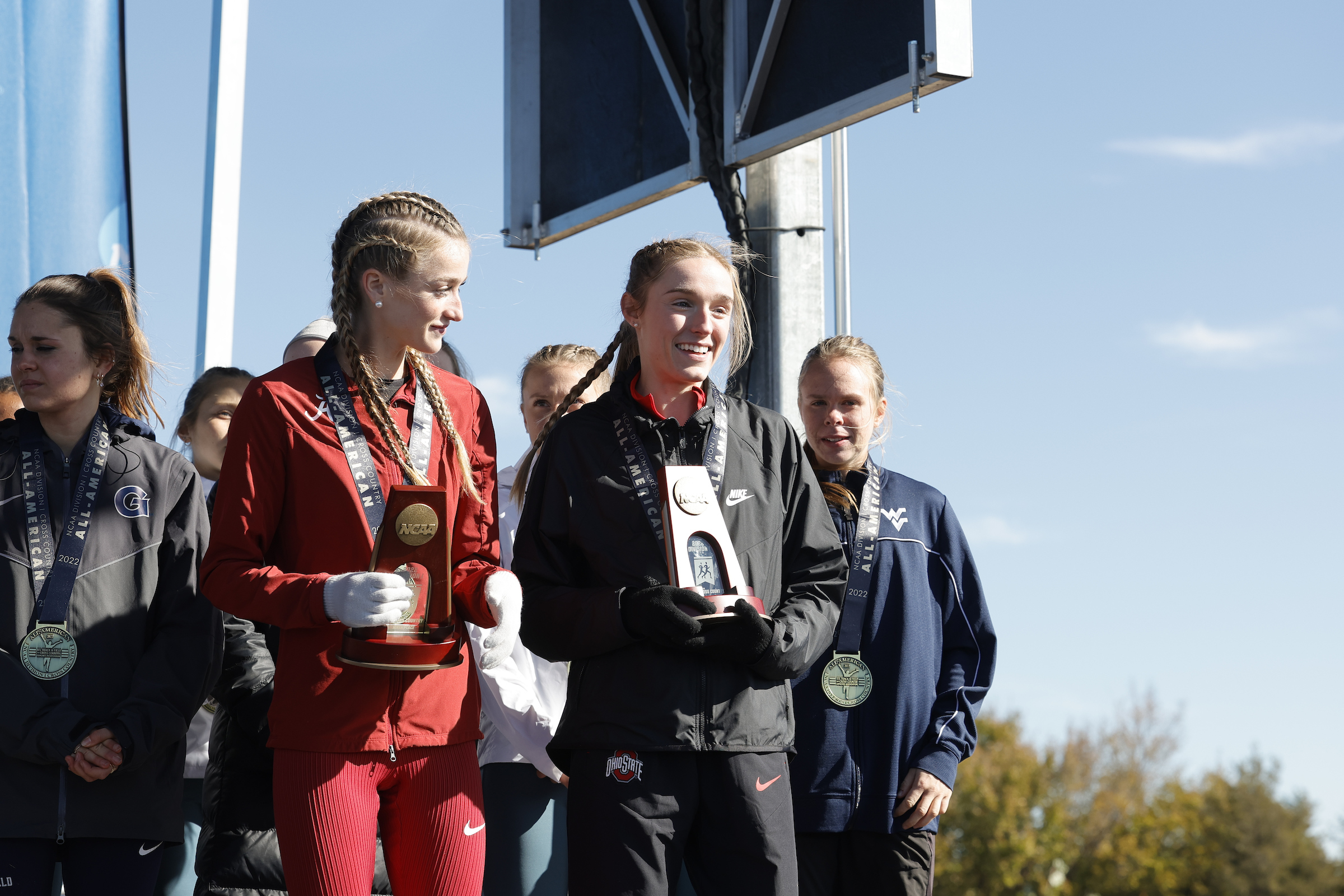 Junior Addie Engel took home 10th place at the NCAA Championships for cross country Nov. 19, recording a time of 19:50.4 across the 6k race. That finish was good enough to make her an All-American.

For her efforts throughout the season, Engel was named Big Ten Athlete of the Year, selected unanimously in a vote by the conference’s cross country coaches.

Ohio State’s men’s and women’s soccer seasons came to an end in the past week, as both fell in the second round of their respective NCAA tournaments.

The women lost 5-2 Nov. 18 against third-seeded Arkansas, who has since advanced to the Elite Eight. OSU junior midfielder Peyton McNamara put the Buckeyes ahead 1-0 in the 7th minute, but the lead was short-lived as the Razorbacks equalized the match eight minutes later. From there they leapt out to a 3-1 lead by halftime.

Two more goals in the second half put Arkansas up 5-1 before McNamara picked up a second score to set the final at 5-2. Each of the Razorbacks’ five goals was scored by a different player.

The OSU men suffered a heartbreaking loss in penalty kicks to UNC Greensboro Nov. 20. Each team managed one goal in regulation and overtime, coming within four minutes of each other down the stretch. The Spartans went up 1-0 on a strike from Ismail El Harchi in the 77th minute, the Buckeyes countered with a finish from Parker Grinstead in the 81st.

Both sides went shot-for-shot on their first five penalties, stuck in a 4-4 deadlock after the initial five. Finally, in the seventh penalty, Greensboro committed where Ohio State did not to seal the team’s tournament fate.