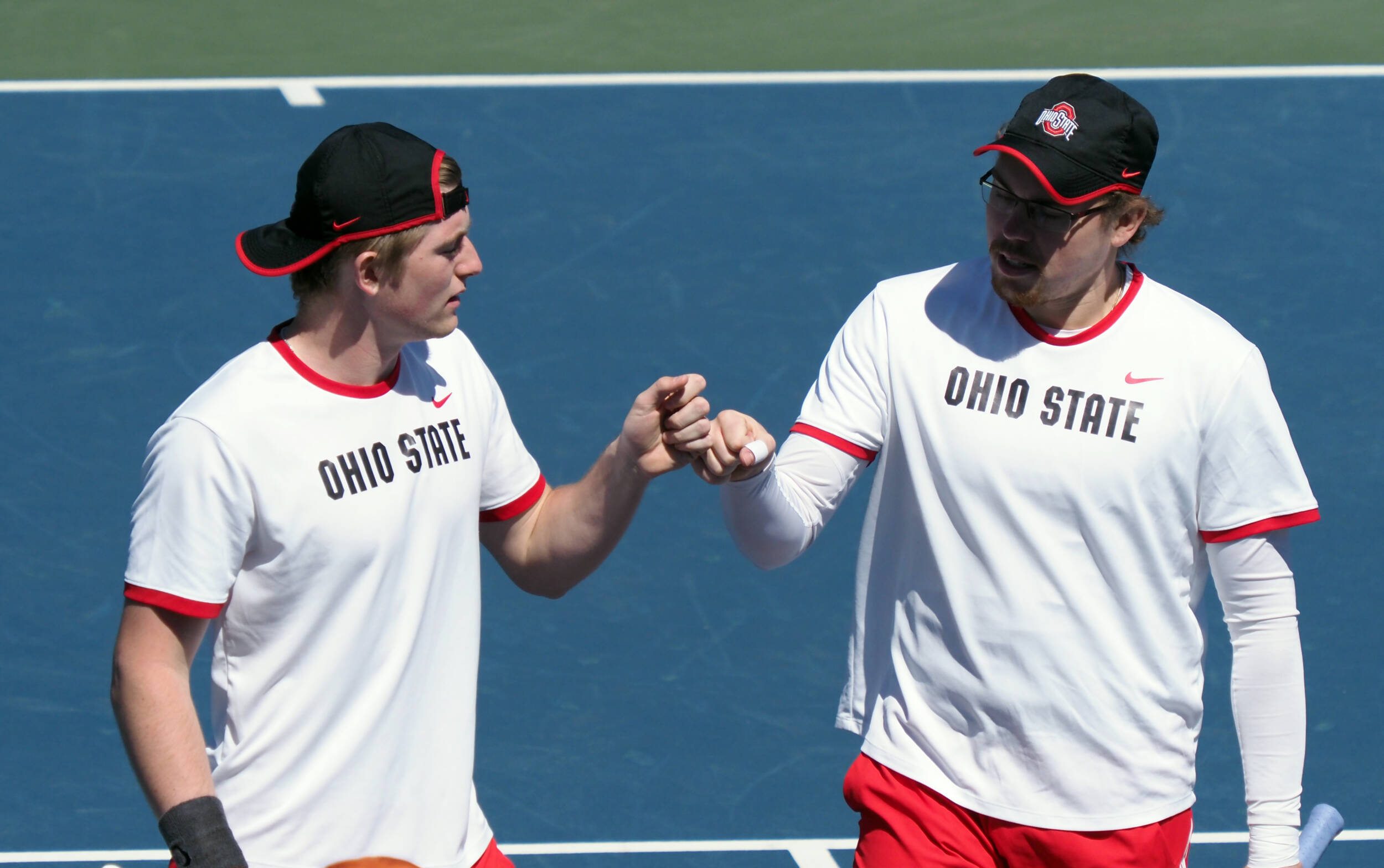 Ohio State’s men’s tennis duo Matej Vocel and Robert Cash lived up to their No. 2 ranking on Friday, defeating South Carolina’s Connor Thomson and Daniel Rodrigues in comeback fashion to advance to the NCAA Doubles Championship.

Thomson and Rodrigues had held a 4-1 lead in the opening set before a brief rain delay at the University of Illinois outdoor facility. The match moved indoors, and the momentum shifted toward the Buckeyes. Vocel and Cash won five straight games to take the first set, 6-4.

The duos went back and forth in the second set, with South Carolina jumping out to an early lead and Ohio State answering. Both teams held serve until the Gamecocks took a 6-5 lead and claimed the final point to win 7-5.

Vocel and Cash remained composed in the third set when they fell behind 8-5 to Thomson and Rodrigues. The Buckeye pairing rallied back to win five consecutive points, and Vocel sealed the match win with an ace to take the last set, 10-8, clinching their spot in the championship match.

Vocel and Cash can match Buchanan and Rola’s accomplishments on Saturday when they face Richard Ciamarra and Cleeve Harper of Texas in the NCAA Doubles Championship. The Longhorn duo defeated VCU’s Charles and Maxence Bertimon in straight sets on Friday to advance to the title match.

The doubles championship will start after the conclusion of the NCAA Singles Championship, which begins at noon EST.