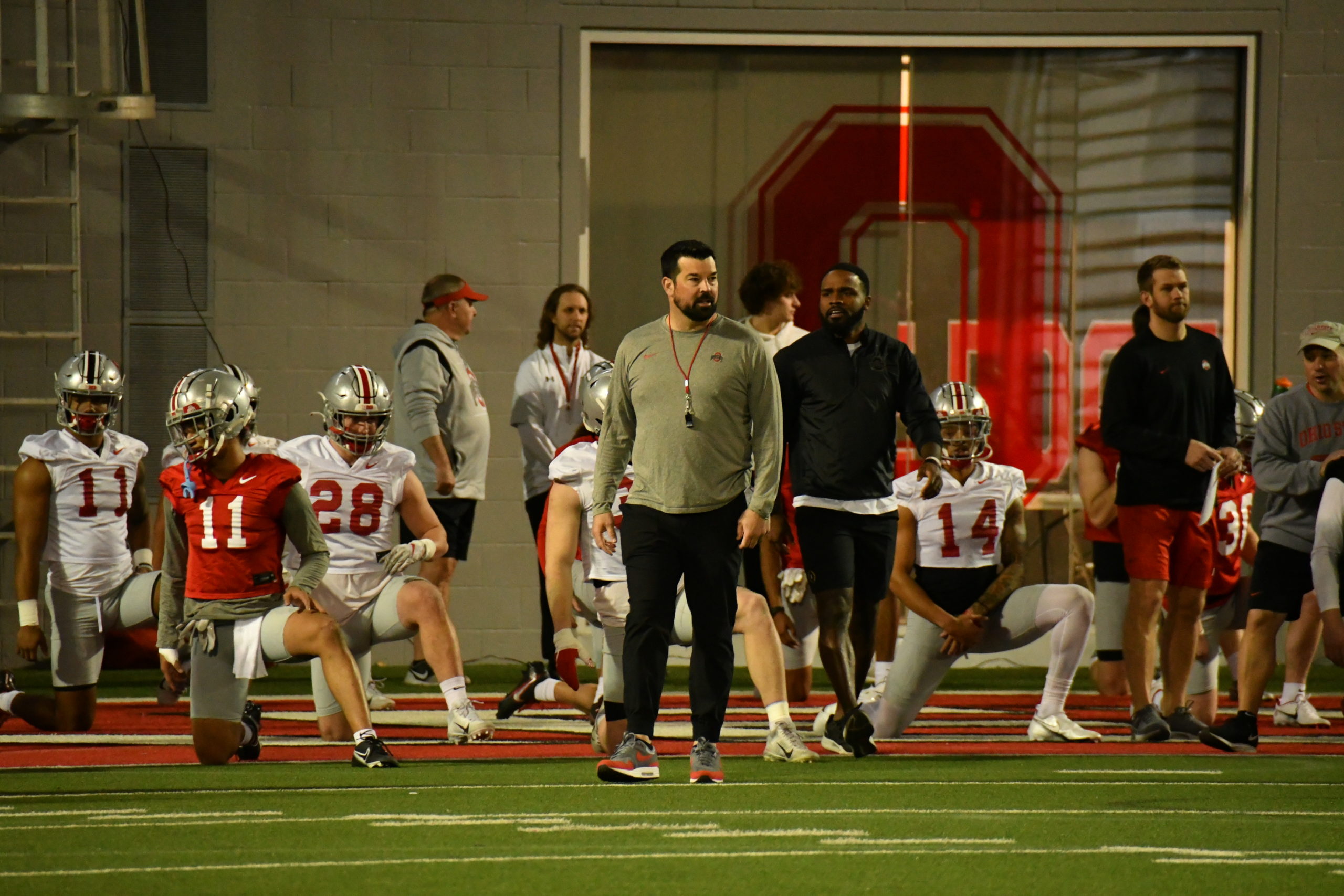 Day said the format will be offense versus defense, and that the majority of the game will feature live tackling – the exceptions being the quarterbacks, as well as players returning from injury such as safety Josh Proctor.

“For the spring game itself, we decided we’re going to go offense versus defense,” Day said. “We’ll probably start off with a little bit of a thud, then quickly go into tackling. For the majority of the game, we will tackle in the spring game.”

Day said the decision to include live tackling – which defensive coordinator Jim Knowles was on board with – is to help get the team ready for a challenging start to the season against Notre Dame.

“I just think we need to play the game this year,” Day said. “We’ve got to go out there and tackle and play. I think it will be good for a lot of our guys to do that and get out there…the first game of the year, we play Notre Dame at home. We have to be ready to roll.”

Injuries will always be a concern when incorporating live tackling into the spring game exhibition, but Day said it is necessary to get the team ready physically.

“Once you start getting into the preseason, you get closer and closer to that first game, you start to really hold your breath because you don’t want to lose guys,” he said. “But we have to tackle. We have to play physical. We have to play tough. If we want to reach our goals this year, we’re going to have to be that way and play that way. So, we’ll do that on Saturday.”

Ohio State’s spring game will begin on Saturday at noon at Ohio Stadium and will be broadcast on the Big Ten Network.