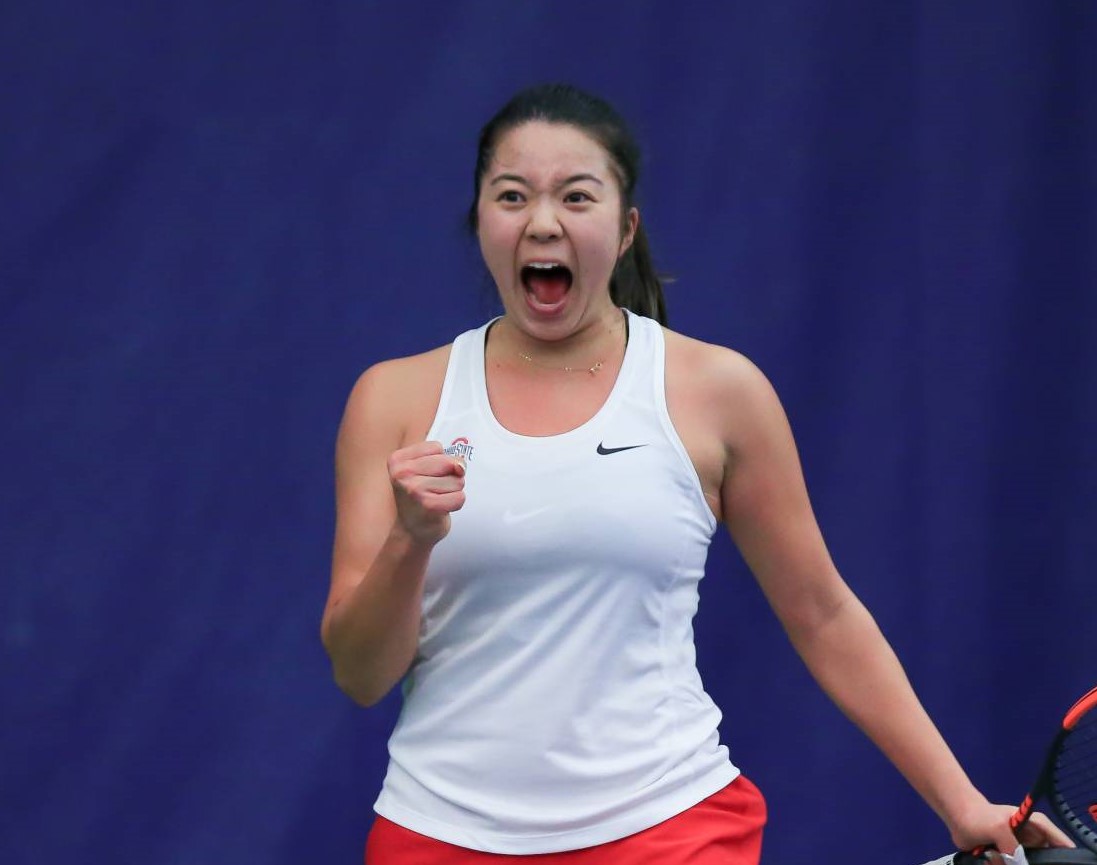 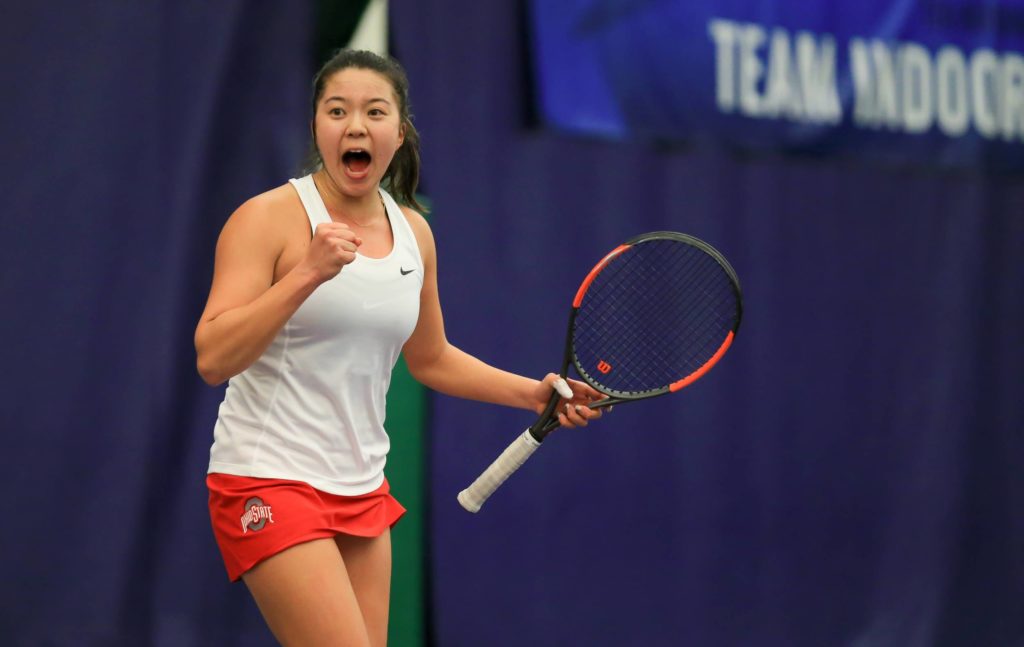 The Buckeye junior from Tokyo, Japan, kept the momentum rolling, taking her next three matches in straight sets. In the Round of 16, Fukuda bested Korea’s Hyojung Yea (7-6 (2), 6-2), then she toppled Denmark’s Olga Helmi (7-5, 6-4) in the quarterfinals. 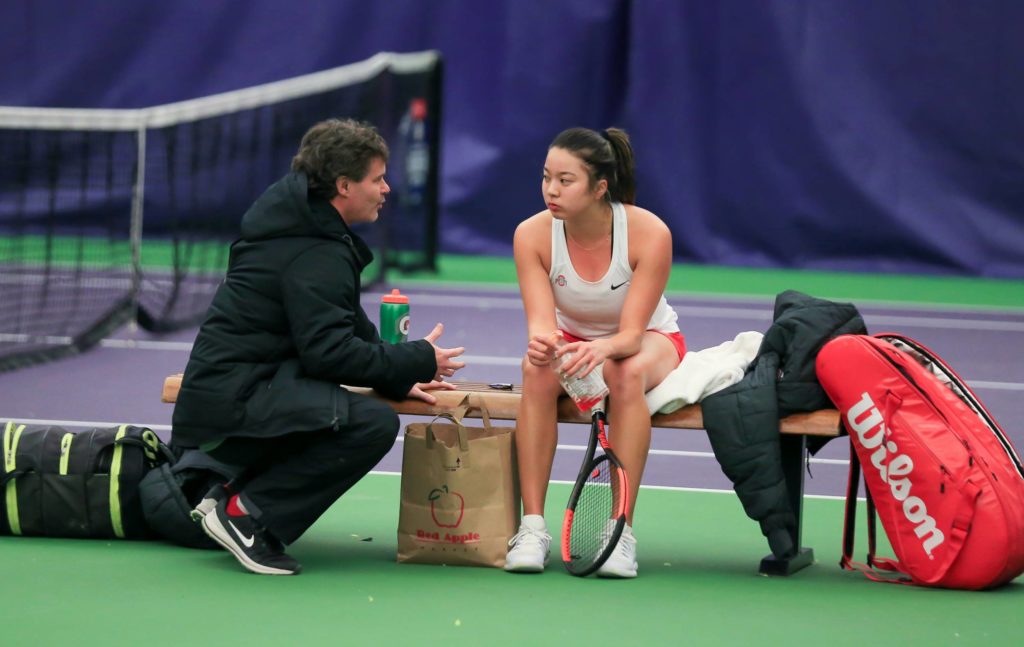 In the tournament final against Korea’s Sunam Jeong, Fukuda won the first set, 6-2, but faltered in the second, 4-6. Displaying immense perseverance, the 2018 Big Ten Freshman of the Year prevailed in the third set, 7-5, to claim first place.

Fukuda was also the 2018 ITA Midwest Region Rookie of the Year, finishing 23-10 overall and 15-3 in dual matches in singles. She finished 21-11 overall in doubles, tying for the team lead in wins.

Also an excellent student, Fukuda is studying communications and is a two-time Ohio State Scholar-Athlete and an Academic All-Big Ten selection. 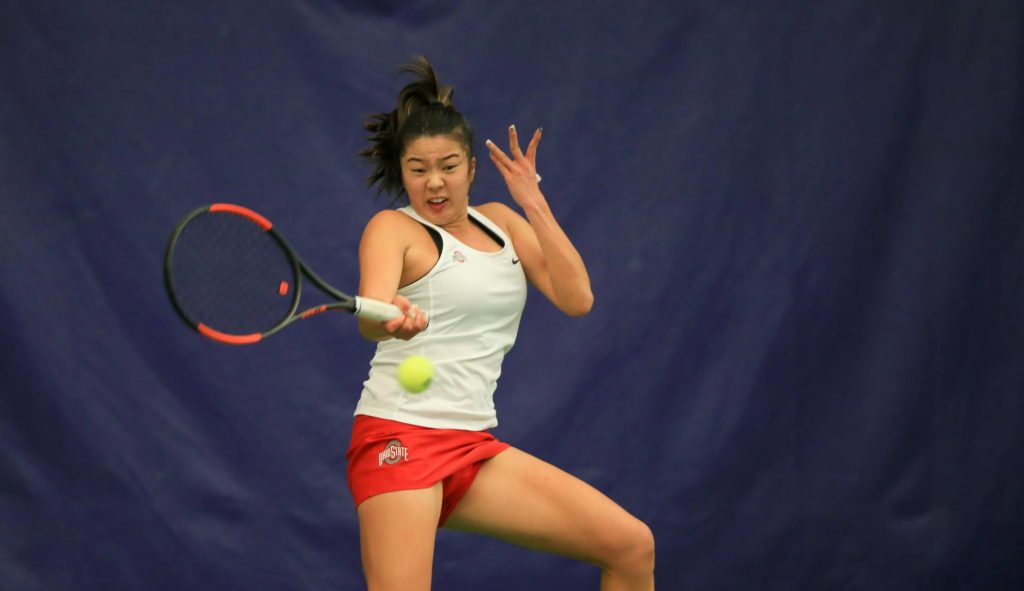