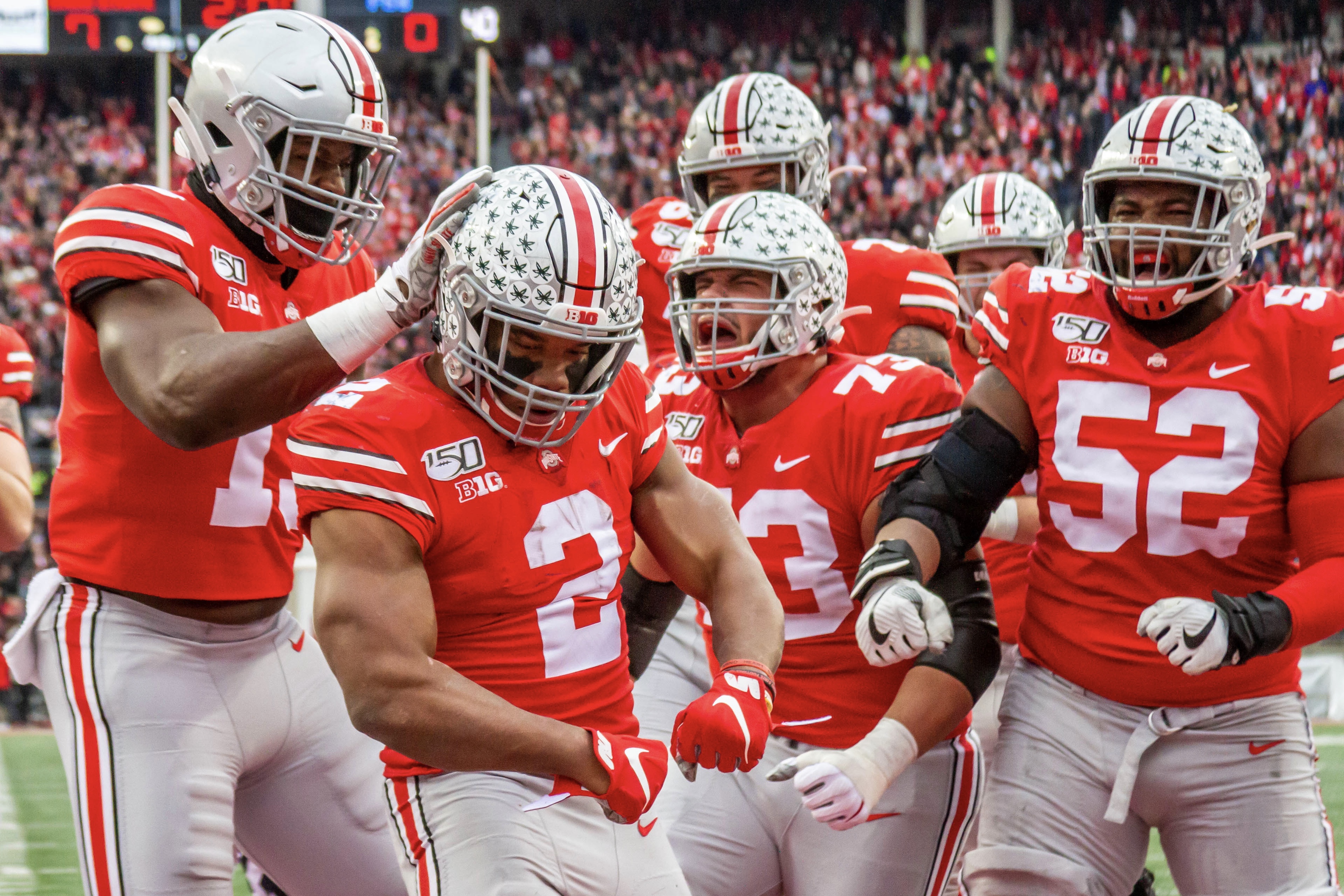 Ohio State and the nation’s No. 1 offense led by the media’s Big Ten Coach of the Year Ryan Day received 11 honorees on the all-conference teams.

The Buckeyes lead the country in scoring at 49.9 points per game and rank No. 1 in the Big Ten and No. 5 nationally in total offense at 534.3 yards per contest.

Those stats along with a 12-0 regular-season record helped give the Scarlet and Gray so many honorees, including their quarterback, two tailbacks, two wideouts, one tight end and all five starting offensive linemen.

Fields has thrown for 2,654 yards and a Big Ten-leading 37 touchdowns, which is nine more than second-place Tanner Morgan of Minnesota and 15 more than third-place Shea Patterson of Michigan. The dual-threat signal caller has added 420 rushing yards and 10 scores, which is tied for fourth in the conference.

Dobbins ranks second in the conference in rushing yards and touchdowns behind Wisconsin’s Jonathan Taylor, with 1,657 and 19.

Teague ranks sixth in the Big Ten in rushing yards with 780 and has four scores to his name. Olave is tied for the conference lead with Minnesota’s duo of Rashod Bateman and Tyler Johnson at 11 receiving touchdowns. The speedy receiver has 41 catches for 705 yards on the year.

Myers and redshirt junior tight end Luke Farrell were also named to the All-Big Ten Third Team by the coaches, while Bowen was a third-teamer according to the media.

While Farrell’s five receptions for 87 yards and two scores might not stand out, the fourth-year junior is a tremendous blocker, and the conference’s coaches have apparently noticed.

Hill has hauled in a team-high 44 receptions for 486 yards and eight touchdowns, serving as Fields’ most reliable option while the climbs the Ohio State record books.

Hill needs just four catches to break David Boston’s career reception record of 191. Also, if the sure-handed slot receiver can snag at least one catch across his next three games (including the national championship game), he will break Gary Williams’ long-standing record of a reception in 48 straight games.