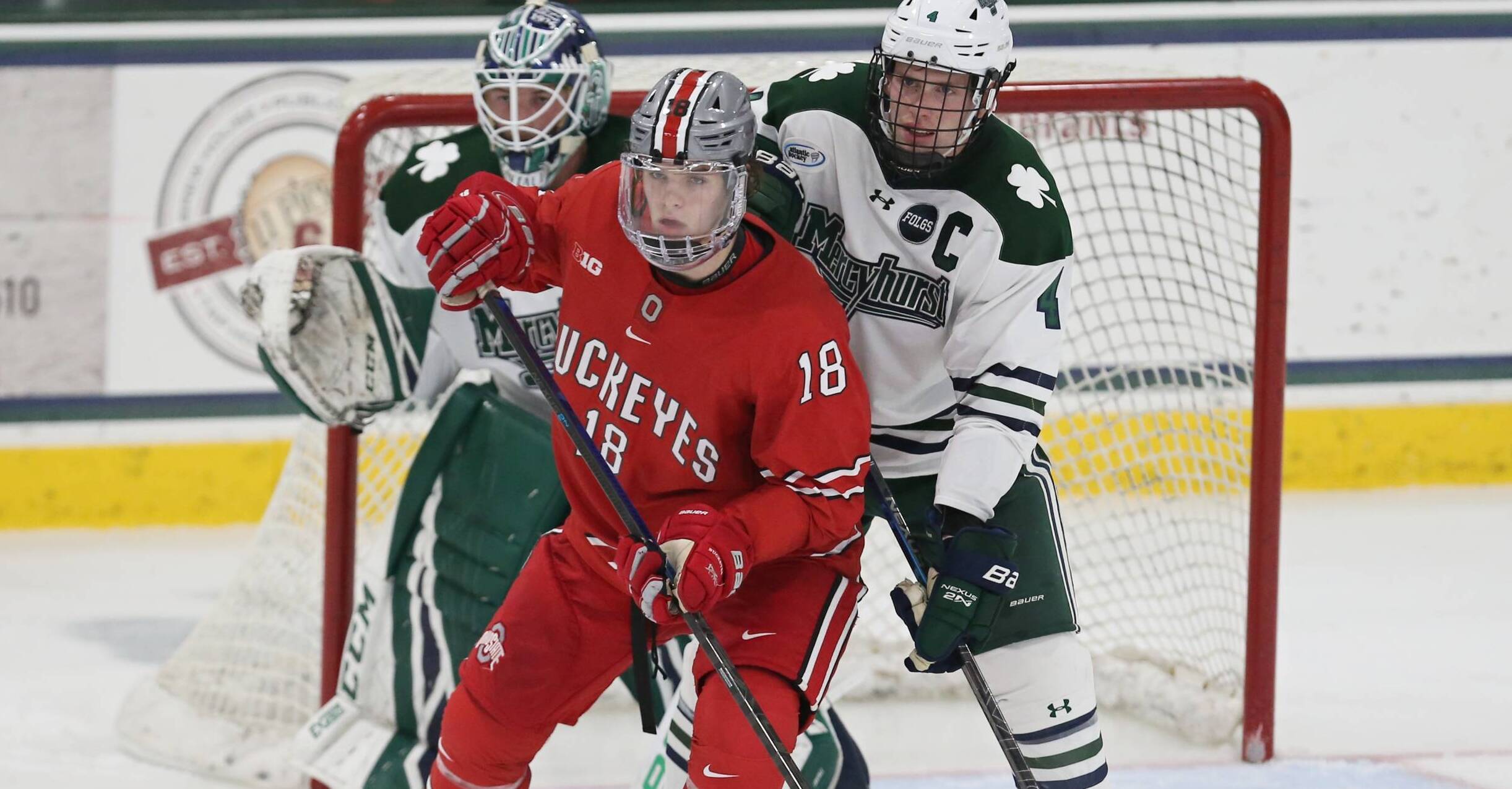 Michael Gildon, a redshirt freshman forward on the Ohio State men’s hockey team, is one of 39 players heading to the USA Hockey National Junior Evaluation Camp on Oct. 8-13 in Plymouth, Mich.

Gildon will compete with fellow American standouts at the USA Hockey Arena in part of the evaluation process for selecting the U.S. National Junior Team that will represent the country at the IIHF World Junior Championship in Edmonton, Alberta, Dec. 25-Jan. 5.

As a true freshman in 2019-20, Gildon played in just eight games before needing season-ending surgery in November. In his first collegiate game, Gildon recorded an assist against RIT on Oct. 12. His first goal came on a power play against Michigan on Nov. 1.

Before coming to Columbus, Gildon spent two years with the U.S. National Team Development Program. The Plano, Texas, native won a gold medal at the U17 World Challenge in 2017 and earned bronze at the 2018 U18 World Hockey Championship.

The 6-foot-2, 196-pound forward also played for the Dallas Stars Elite program. In the summer of 2019, Gildon attended the New York Rangers development camp as a free agent invitee, and he is eligible for the 2020 NHL Draft.

If he makes the team, Gildon will play for the Buckeyes’ associate head coach Steve Miller, who is one of the assistant coaches on the USA Hockey WJC staff, serving as a Team USA coach for the fifth consecutive year.