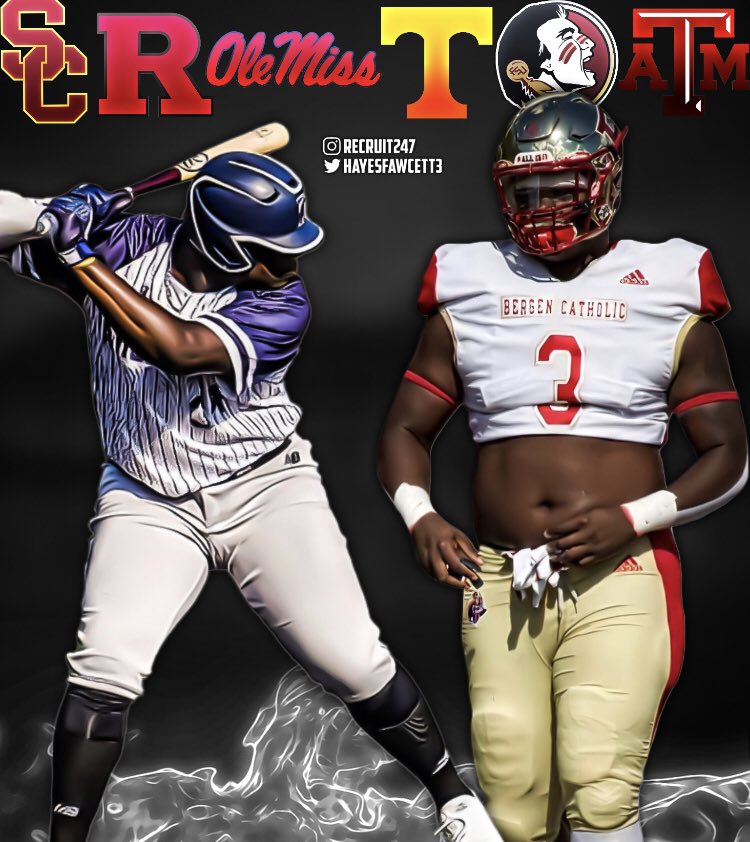 Once considered to be the favorite in his recruitment, Ohio State did not make the cut for Oradell (N.J.) Bergen Catholic four-star defensive tackle Tywone Malone, who trimmed his list of nearly 30 scholarship offers down to Florida State, Ole Miss, Tennessee, Texas A&M, Rutgers and USC on Monday night.

The 6-4, 300-pound Malone — who is considered the fifth-best defensive tackle and No. 55 prospect overall in the class of 2021 — has been outspoken about his desire to play both football and baseball in college, and the schools still vying for his signature have offered him the opportunity to do just that. The Buckeyes, on the other hand, don’t often allow players to play two sports in college, unless it’s a skill-position player running track.

Ohio State already has a pair of commitments at defensive tackle in Streetsboro, Ohio, four-star Mike Hall and Manassas (Va.) Unity Reed four-star Tyleik Williams, whose pledge on Aug. 27 effectively ended the Buckeyes’ pursuit of Malone since they’re both projected to play nose tackle at the next level. Defensive line coach Larry Johnson hopes to add at least one more player in the trenches this cycle, though, with Sammamish (Wash.) Eastside Catholic five-star defensive end J.T. Tuimoloau at the top of the priority chart.