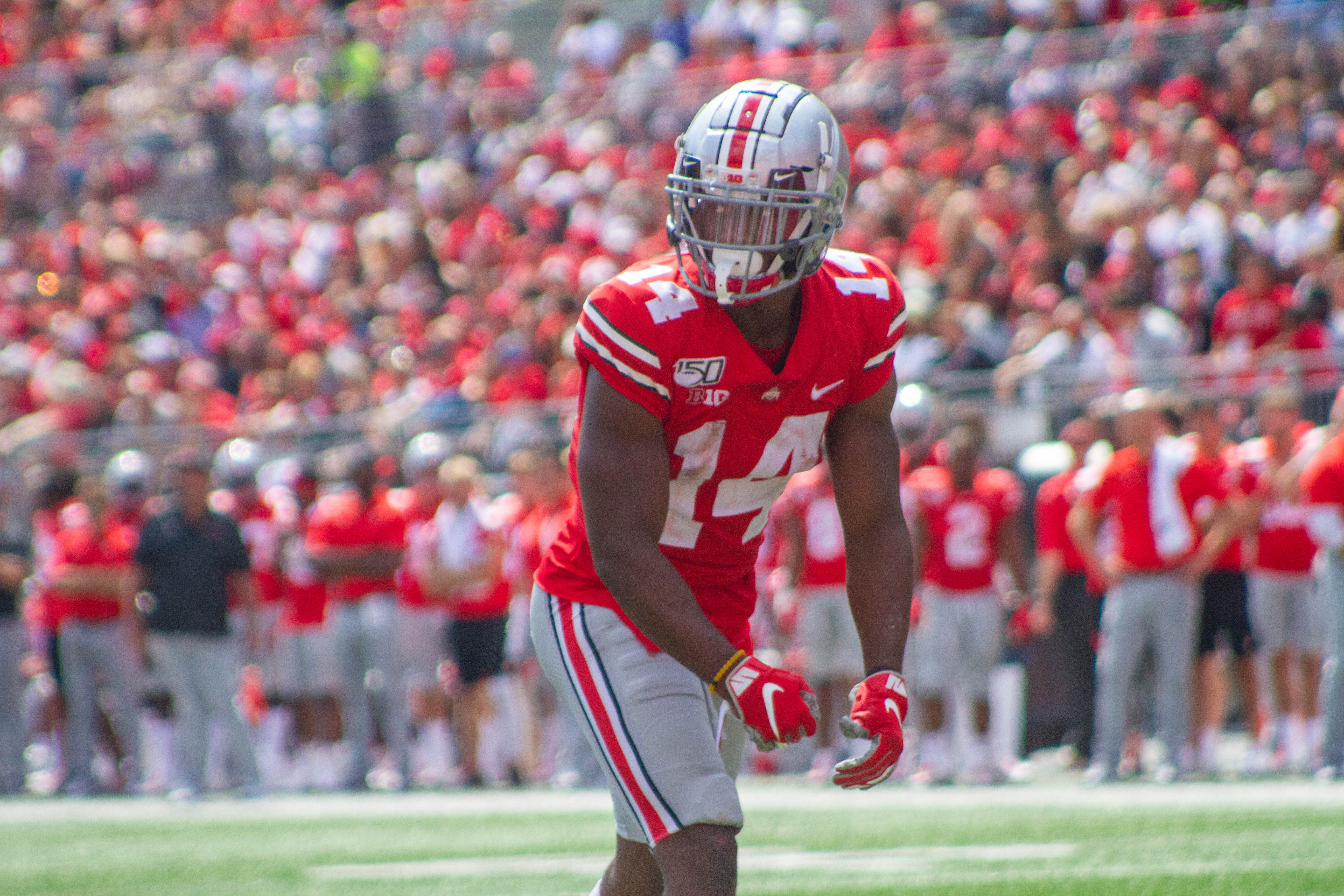 During a 42-0 win over Cincinnati, a scary situation happened where Bearcats safety Kyriq McDonald went down to the ground in the middle of the play without any contact, in what was eventually discovered to be a seizure.

McDonald would exit the field and later be reported as “awake and alert” by ESPN.

Ohio State wide receiver K.J. Hill was the man facing off against McDonald on the play where he began convulsing, and Hill did not make contact with the safety during the play.

Hill talked about the experience in a press conference on Tuesday.

“Pre-snap, he was lined up man against me, so I’m starting at him, going to see what I’m about to do, make a plan, and I could just see his eyes rolling to the back of his head,” Hill said. “At first I thought he was trying to intimidate me or do something, because you know, people do that in football all the time.

“But when I saw him start shaking, I knew something was wrong, so I didn’t even bother touching him or anything, and it came that he had a seizure.”

Hill, a fifth-year and captain for the Buckeyes, said he knew what was happening because his grandma has had seizures in the past.

“I just kept going with the play, but at the same time I was little shook because I had seen him having a seizure, I know what a seizure looks like, so I just knew after the play immediately somebody needed to come to him,” Hill said. “I was trying to get somebody’s attention, but they got to him.”

McDonald is a transfer from the University of Alabama, and while at the Crimson Tide as a freshman, he collapsed on the sideline during the 2018 National Championship game against Clemson.