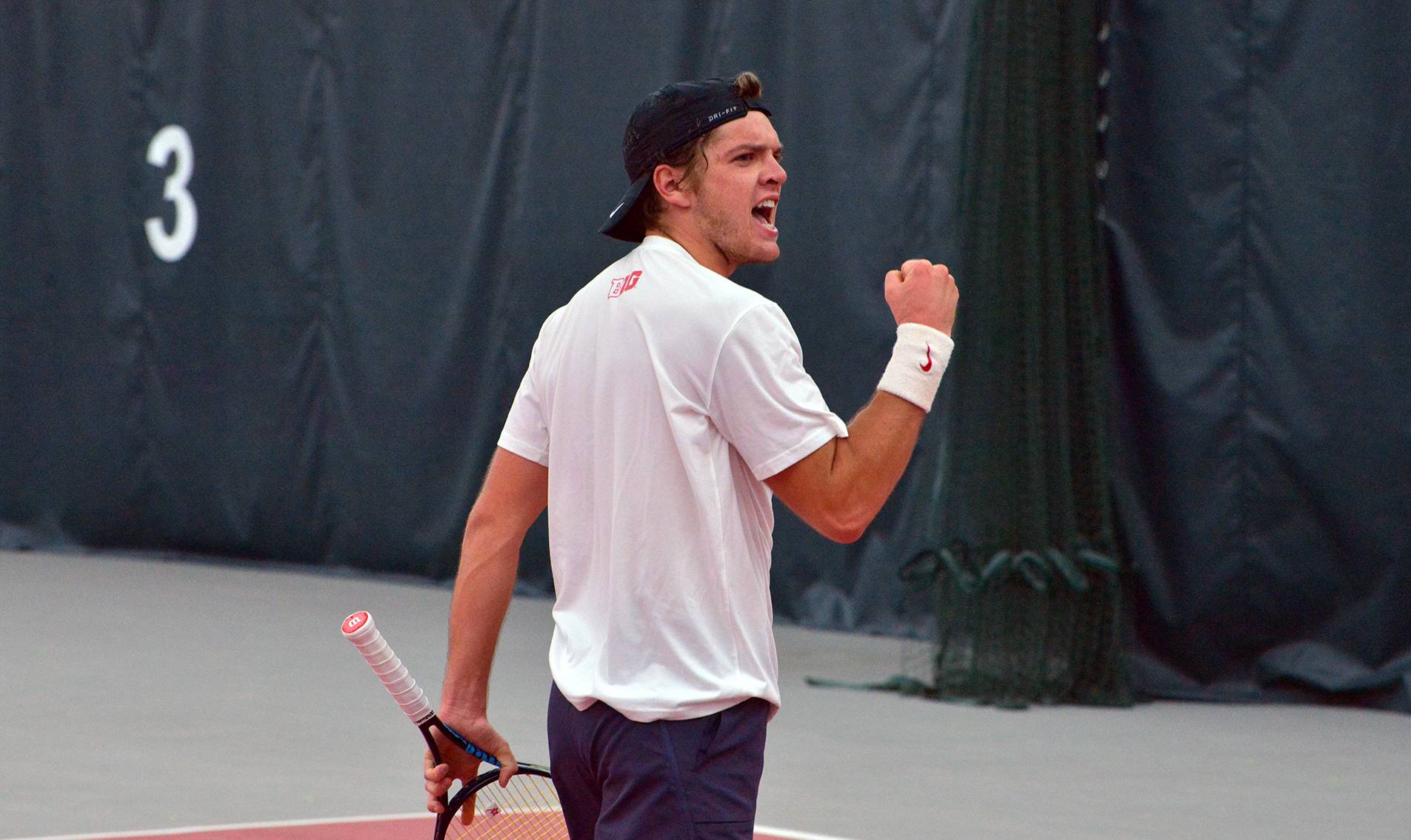 McNally, a junior, was an All-American for the first time, and a two-time honoree, earning the accolade in both singles and doubles. The Cincinnati native concluded his third season in Columbus with a No. 13 national ranking in singles and No. 3 in doubles

The two-time First Team All-Big Ten honoree tallied a 19-6 ledger in singles and a 23-5 mark in doubles play. McNally defeated ranked singles opponents on eight occasions and teamed up for  four wins in doubles against ranked doubles foes.

The 2018 ITA Midwest Region Rookie of the Year won championships in both singles and doubles play at the ITA Midwest Regional in 2019. In doubles play, McNally collaborated with Cash to win six matches in the tourney’s final two days and win the title, securing a spot on the 2019 ITA Indoor All-Tournament Team.

McNally and Cash were runner ups at the ITA Fall Championship, and thrived as a duo, spending the entire season ranked in the top three, including a two-week stint at No. 1.

As a true freshman from New Albany, Ohio, Cash demonstrated why he was once the No. 1 in the nation in junior doubles rankings. He and McNally went 13-2 as a tandem including the championship and the runner-up finish in the fall.

During the dual portion of the season, McNally and Cash won nine of their 12 matches and never received a ranking lower than third in the country.

Kingsley, who was also a true freshman, also became an important part of Ohio State’s team immediately, winning the consolation bracket at the ITA All-American Championship in his first collegiate event.

The Northport, N.Y., native was ranked among the top 25 nationally all season and concluded his freshman campaign at No. 14. Kingsley posted a 12-1 mark in dual singles matches and a 10-0 ledger in dual doubles matches.

After dropping a match to USC’s Daniel Cukierman in the fall, Kingsley avenged himself with an important victory (6-4, 6-2) over then-No. 1 Cukierman in the Buckeyes’ upset of No. 1 USC. On the season, Kingsley, who was the nation’s No. 2 recruit for 2019, notched nine wins against ranked singles opponents including two against top-10 players.

The trio brings Ohio State’s All-American count to 24 different men’s tennis student-athletes.  McNally became the eighth Buckeye to earn both singles and doubles honors in the same season, while Cash and Kingsley became only the third and fourth Ohio State freshmen to earn All-America honors in their first seasons.