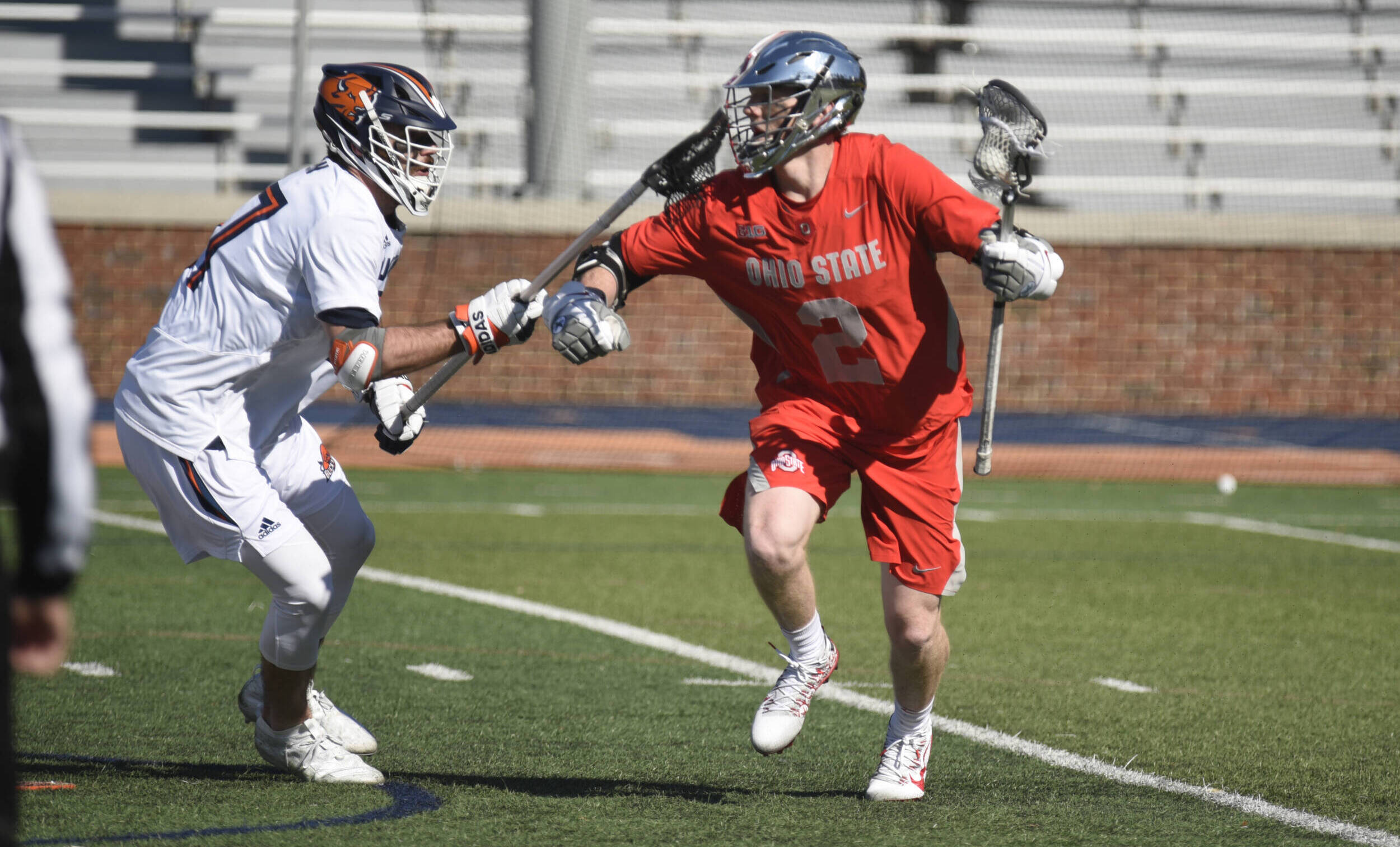 Jack Myers, a sophomore for the Ohio State men’s lacrosse team has been named the Big Ten’s Offensive Player of the Week after a dominant performance in the No. 16 Buckeyes’ 15-11 victory at Bucknell. 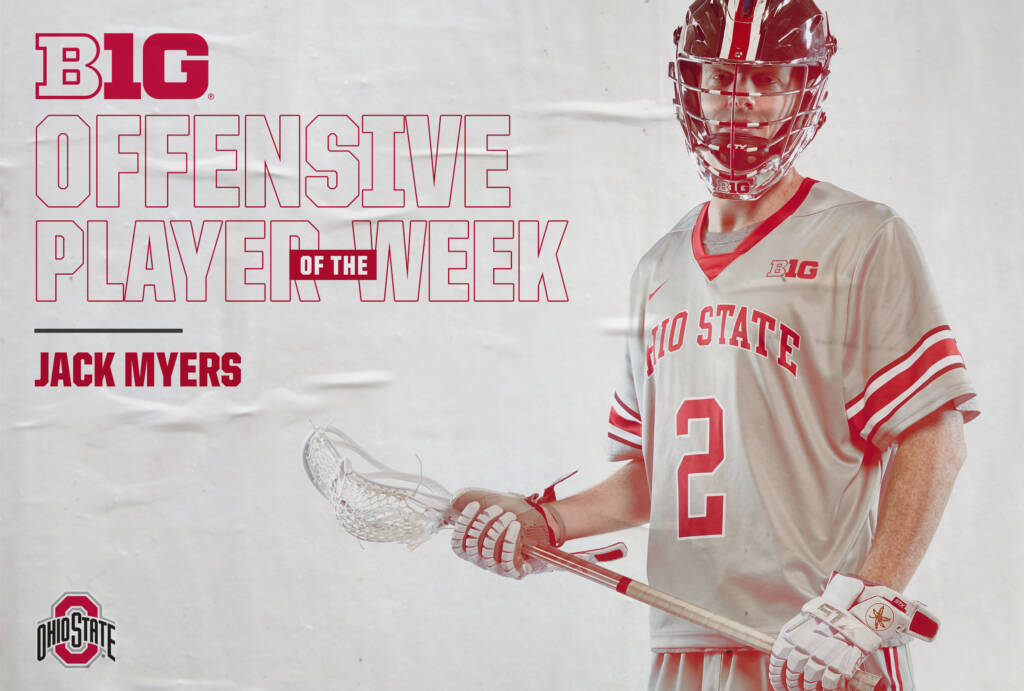 After falling behind 4-1, Ohio State rallied for eight straight goals and never relinquished the lead once taking it.

Myers boasts a team-high 22 points on 10 goals and 12 assists through four games. The standout sophomore ranks No. 6 in the nation and No. 2 in the Big Ten with 3.00 assists per game. Myers’ 5.50 points-per-game average sits at No. 13 in the country.

Ohio State, who improved to 3-1 with the win, begins a four-game homestand against No. 9 Cornell on Sunday, March 1 at noon at Ohio Stadium, which will be broadcast live on ESPNU.