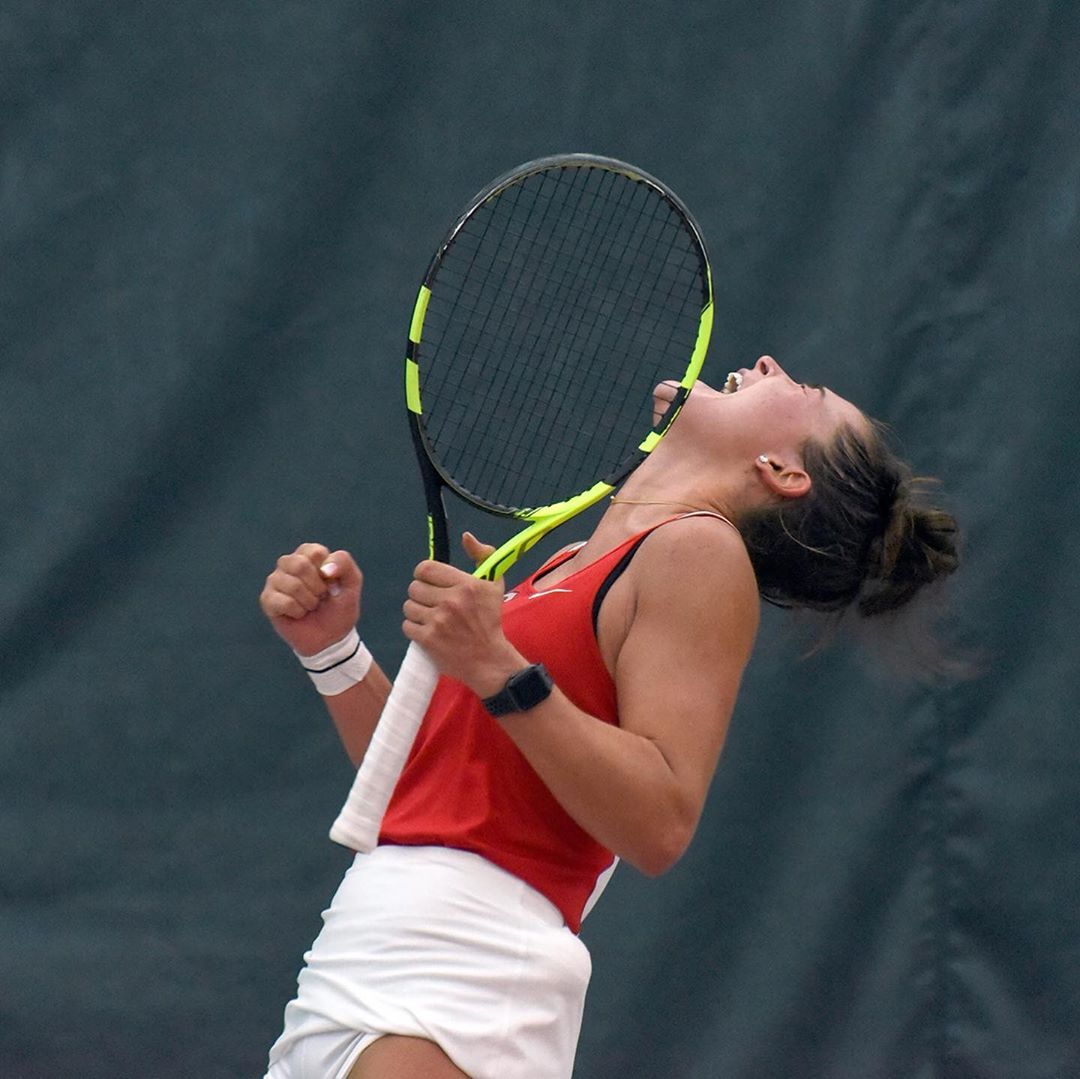 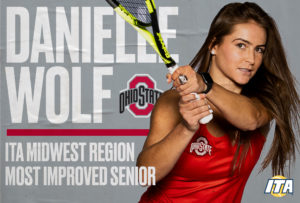 The Most Improved Senior honor is awarded annually to the senior who displayed the most improvement throughout the course of her career. The regional winners are candidates for the national awards.

“Danielle left her heart on the court each and every match she played as a Buckeye,” said Melissa Schaub, Ohio State’s head coach. “She trained at an elite level and worked constantly to be the best tennis player she could be and she put that same effort into her academics.”

Wolf began her collegiate career as a freshman at Indiana, playing at No. 5 and 6 singles for the Hoosiers. The Cincinnati native transferred to Ohio State and redshirted her first year in 2016-17.

As a senior, Wolf moved to court No. 2 and was 5-2 at the spot. Her performance helped Ohio State soar as high as No. 2 nationally; the team ended the season, which was shortened by COVID-19, at No. 5.

The Cincinnati Country Day product did not have a final regional ranking and was not ranked nationally in singles until her final season in college. Wolf entered the national rankings at No. 99 Feb. 5, jumping to No. 60 and finishing at No. 62 as a fifth-year senior.

In her standout final season, Wolf boasted victories against Oklahoma State on the road during ITA Kickoff Weekend, against Michigan and Texas at ITA National Team Indoors, against Florida State in College MatchDay and at home against Duke, when she clinched the win over the Blue Devils with third-set tiebreaker win. She also reached the ITA Midwest Regional quarterfinals out of qualifying in 2019.

Wolf earned her bachelor’s degree in communications in the spring of 2020. An excellent student, she is a four-time Ohio State Scholar-Athlete and a three-time Academic All-Big Ten selection, in addition to earning multiple ITA Scholar-Athlete accolades.