Carmen’s Crew Named No. 1 Overall Seed In The Basketball Tournament 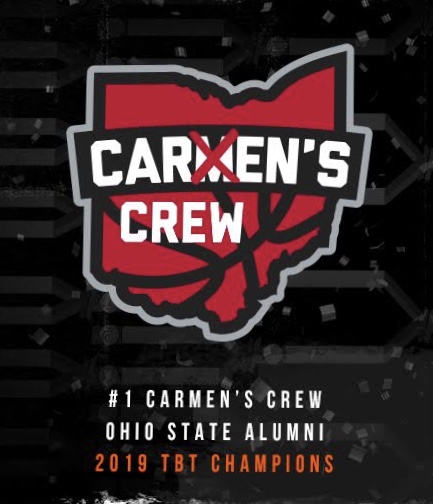 Defending champion Carmen’s Crew will be the top overall seed when The Basketball Tournament tips off at Columbus’ Nationwide Arena next month.

These 24 teams will play the first live basketball in America since March. pic.twitter.com/B57oe1F4Mc

Ohio State was set to have one additional alumni team in Great Lakes Elite — whose roster featured Jake Lorbach, Marc Loving and Kam Williams — but the team did not make the cut from 64 to 24 participants.

“All the guys on the team have been competing since day one,” Lighty said during TBT’s selection show on Tuesday evening. “If this wasn’t going on, we would be in the gym somewhere going at it and talking trash. Why not play to try and win this, and take part in something special with your brothers?”

Following an opening-round bye, Carmen’s Crew will face either No. 16 House of ‘Paign (Illinois alumni) or No. 17 War Tampa (Auburn alumni teaming up with Florida natives). Big X, meanwhile, was awarded the No. 9 overall seed and will take on No. 24 Jackson UnderDawgs (Tennessee natives) in the first round.

The two teams could potentially meet in the quarterfinals, giving Big X a chance to avenge its 89-75 loss to Carmen’s Crew in last year’s tournament.

Carmen’s Crew went on to defeat Golden Eagles (Marquette alumni) in the finals last summer. The runners-up earned the fourth seed in this year’s event, while four-time tournament champion Overseas Elite — which added seven-time NBA All-Star Joe Johnson to its roster — checks in as the No. 2 overall seed.

All 23 games of The Basketball Tournament will be broadcast live on the ESPN family of networks.