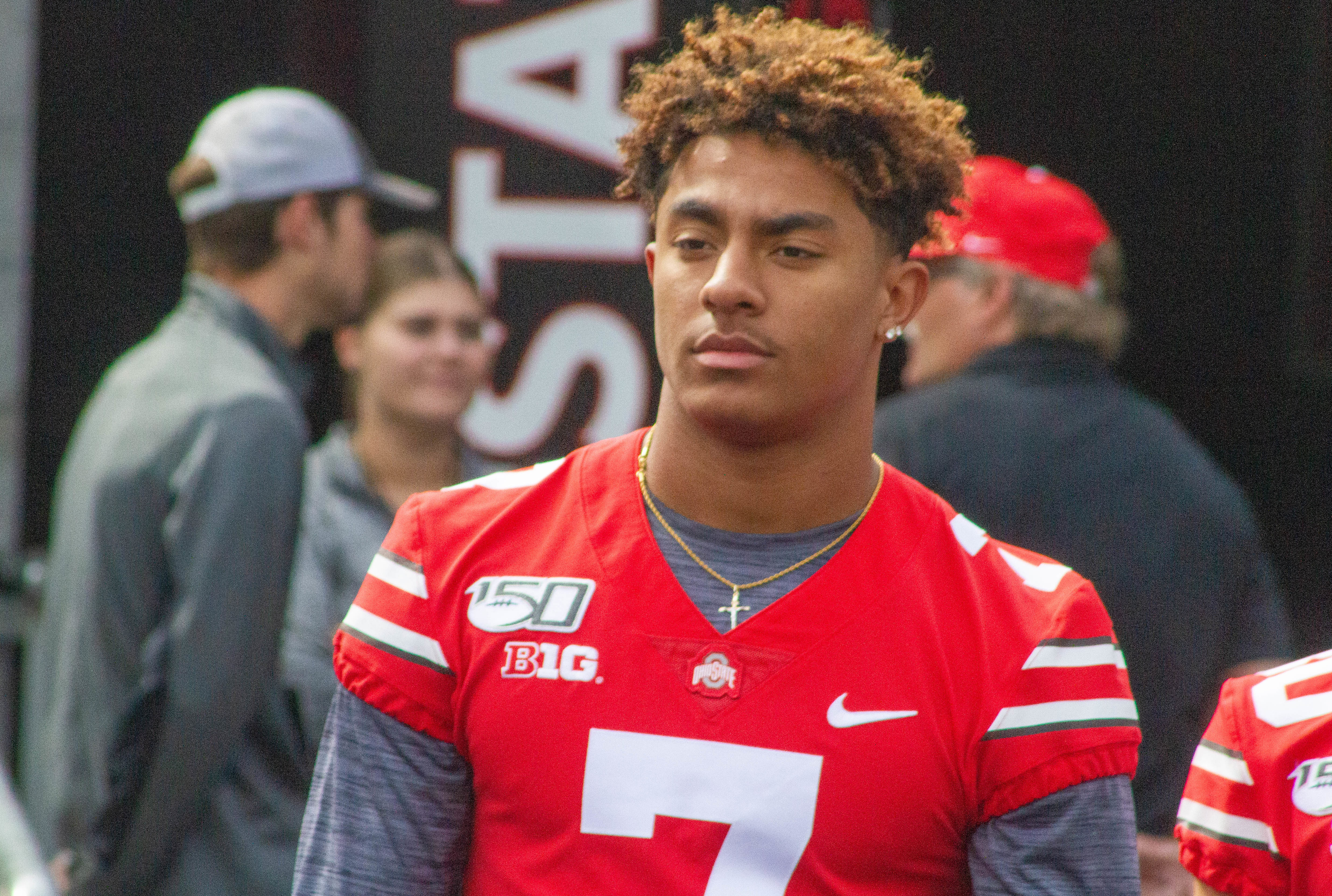 Kam Babb, a third-year sophomore wide receiver, has yet to take a snap for the Scarlet and Gray since coming to Columbus in 2018.

After redshirting his first year due to injury, Babb suffered an ACL injury that caused him to miss his second season in 2019.

Despite all of the setbacks, Babb is healthy and primed to make an impact in the deep Ohio State wide receivers room. Head coach Ryan Day spoke highly of how Babb has handled his injuries and discussed his optimism regarding the receiver’s return.

“Kam Babb has been through just an amazing couple years here. We’re hopeful he’s going to be able to play for us this season,” Day said. “He’s done such a great job, kept a great attitude. He’s gone through several of these ACLs. He could be an amazing story one day, so really proud of the work he’s done.”

Babb, who was the No. 13 wide receiver and No. 73 overall prospect in 2018, suffered season-ending injuries in his high school career as well.

As a senior at St. Louis Christian Brothers College, Babb hauled in 45 passes for 784 yards and nine touchdowns in just seven games before suffering an undisclosed injury reported to be an ACL.

Also excelling on defense in high school, Babb intercepted three passes and returned two for touchdowns. A track standout as well, the athletic wideout ran the third leg of his team’s state championship 400-meter relay, which broke the school record.

In his two years at Ohio State, Babb is a two-time OSU Scholar-Athlete and he earned Academic All-Big Ten honors in his first year of eligibility in 2019.

Through two years, Babb’s career has not unfolded as expected, but wide receivers coach Brian Hartline expressed confidence that his coaches and teammates are eager to have the dangerous receiver join them on the field.

“Kam Babb is a special individual,” Hartline said of Babb. “Anytime he’s around the team or in the room or on the field, he’s going to bring a dynamic that is special. He’s a great football player and an even better young man. We’re blessed to have him here. It’s great to see him out there catching footballs, making plays and I’m very excited to see what his future holds.”