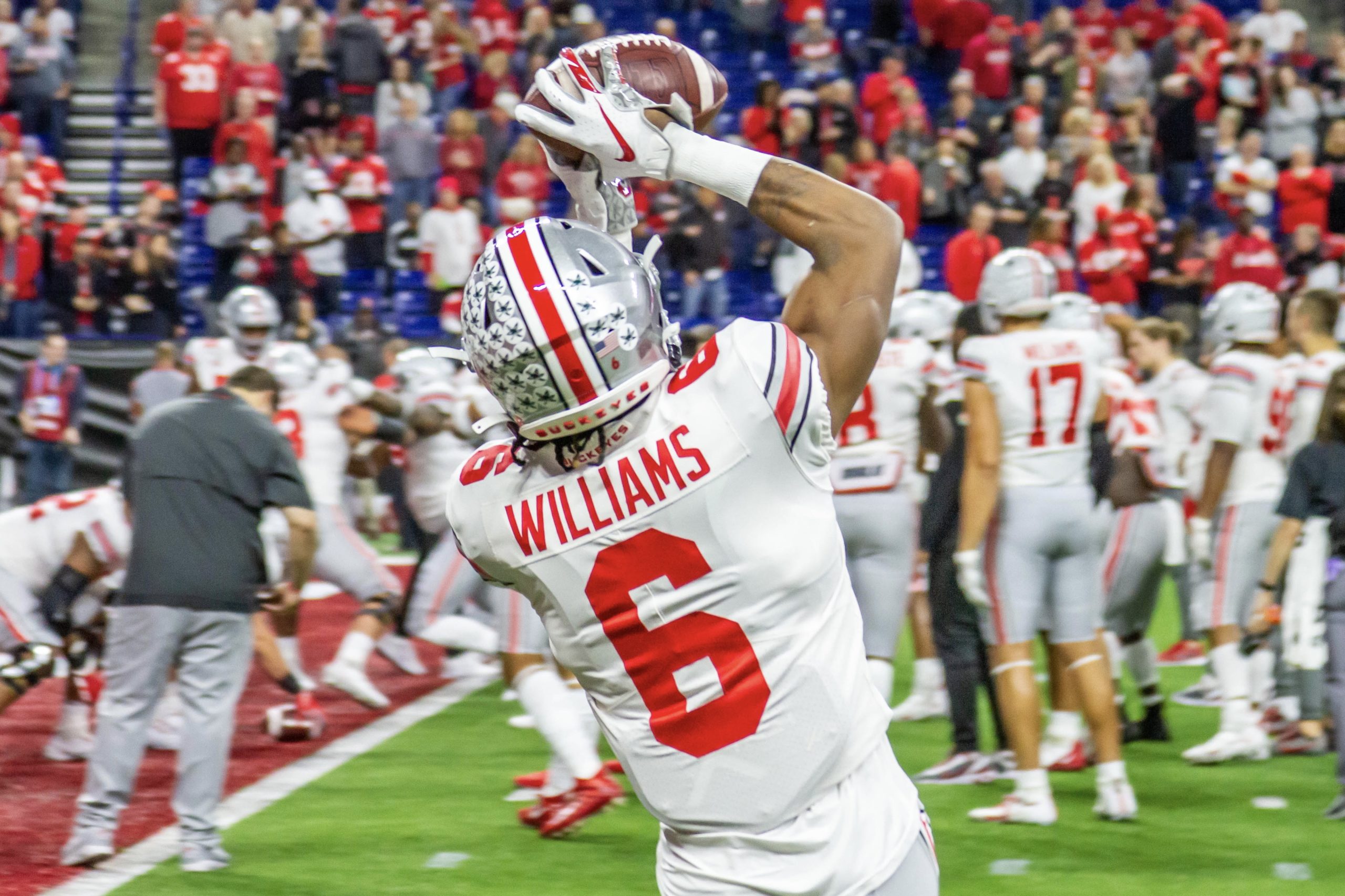 Ohio State is standing pat at No. 6 in both major college football polls this weekend, after no teams in the top 5 ahead of the Buckeyes suffered a result that would lead to a drop, with Ohio State still 20 days away from taking the field against Nebraska on Oct. 24.

In the coaches poll, the top six remained almost identical to the grouping released on Sept. 27. Clemson, Alabama, Florida, Notre Dame and Ohio State did not move, with the Tigers in first, followed by Alabama and Florida, while Notre Dame and the Buckeyes are fifth and sixth respectively. The only change is with Georgia, which has moved up from fourth into a tie with the Gators for the No. 3 spot after a blowout 27-6 victory over No. 13 Auburn.

Behind the Buckeyes, Miami is up one spot to No. 7, Penn State and North Carolina jumped two spots each to No. 8 and No. 9 and Oklahoma State rounds out the top 10, jumping nine spots after crushing Kansas 47-7. Two teams, Auburn and Texas, dropped out of the top 10 after losses, with the Tigers falling six spots and the Longhorns plummeting down to No. 22.

Even without games, it was a good week across the board for the Big Ten. Along with the top 10 pair, Wisconsin checks in up four spots at No. 14 and Michigan is up two to No. 19. Minnesota and Iowa both received votes and the Gophers are tied with Mississippi State for the 26th spot, so to speak, with 120 votes, just short of No. 25 UCF’s 127 votes.

In the AP Poll, Georgia and Florida have flipped spots as the only change ahead of the Buckeyes, making the top six Clemson, Alabama, Georgia, Florida, Notre Dame and Ohio State. Miami, North Carolina, Penn State and Oklahoma State round out the top 10.

Wisconsin and Michigan are both up three spots to No. 16 and No. 20 respectively, while Minnesota has made its in-season debut at No. 25 following losses for Mississippi State, UCF and Oklahoma that caused a drop out of the polls. Iowa and Indiana received votes as well.