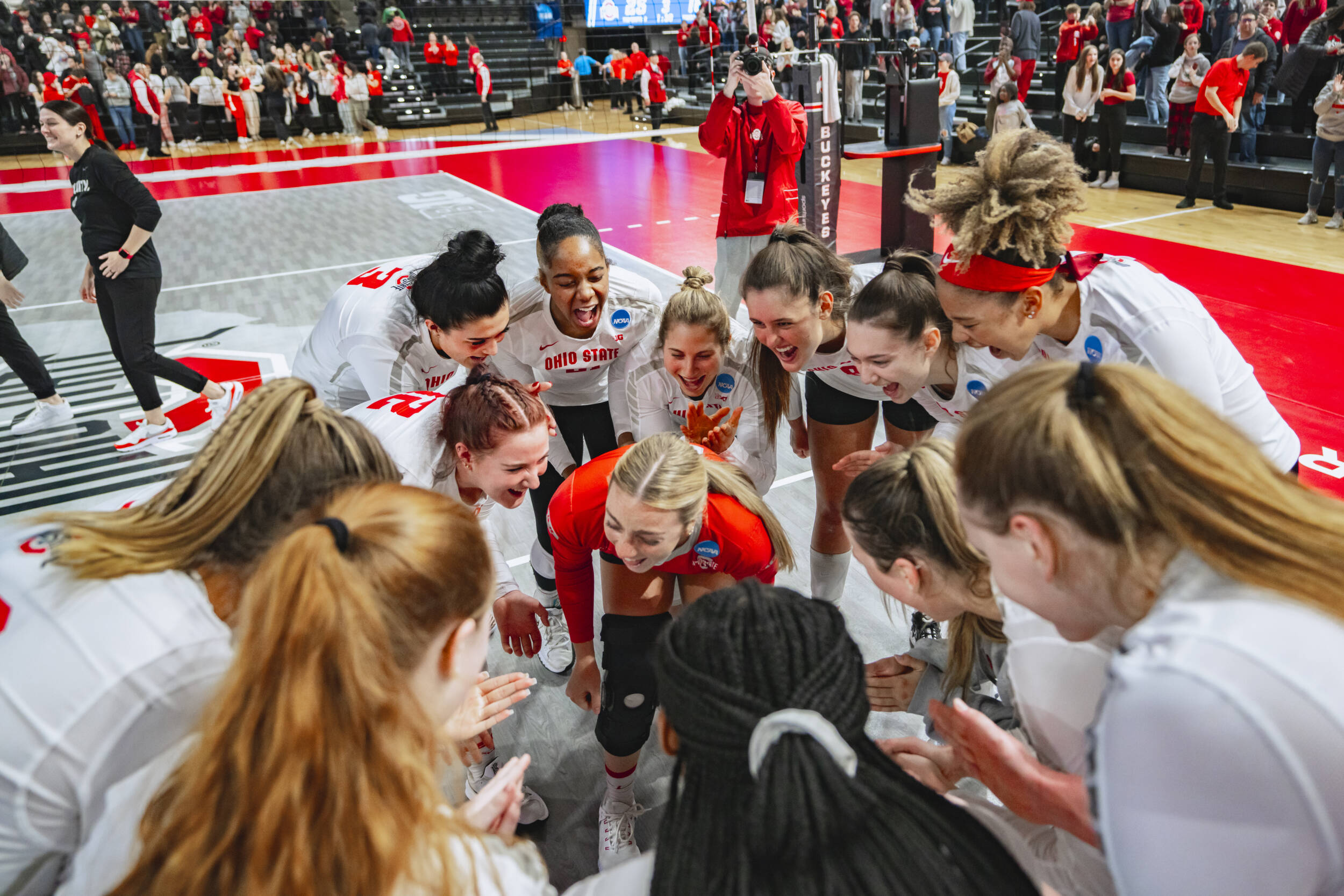 The third-year opposite hitter collected 29 against second-seeded Minnesota, catalyzing a 3-1 victory in the Sweet 16 of the NCAA tournament to send. No other attacker picked up more than 16 in the match.

Minnesota had won nine of its previous 10 matches, including a regular season win over the Buckeyes Nov. 25. In beating the Golden Gophers, OSU accomplished a goal it’s had in mind since the start of the season, head coach Jen Flynn Oldenburg said — making the school’s first regional championship since 2004.

“It still, really, hasn’t hit me yet,” Oldenburg said.

After tighter standoffs in sets one through three, the Buckeyes cruised ahead with an 8-1 run in the fourth set to take a 13-6 lead and the Golden Gophers never got closer than four points that frame, a 25-19 OSU victory.

Janaisya Moore and Rylee Rader added double-digit kill counts of their own to Ohio State’s efforts, while senior libero Kylie Murr did the defensive dirty work with a team-high 15 digs. Redshirt sophomore outside hitter Taylor Landfair posted 16 kills for Minnesota in a losing effort.

“Every day we talk about the importance of now,” junior defensive specialist Sarah Sue Morbitzer said. “Every day in the gym, we take every contact seriously. We just focus on every single moment, every single contact.”

Londot came out sniping so accurately it was as though she had a red dot on her targets.

She’d recorded a double-double by the close of set two, already with 13 kills and 11 digs.

There wasn’t any specific in-match adjustment to counter Minnesota’s block, Oldenburg said. It was about better attacking.

“I think we just started hitting better shots,” Oldenburg said. “It was about controlling our side. We talked about it in the timeout, we don’t ride their momentum, we’ve got to create our own. Our leadership really took hold out of that timeout, and that’s how we went on.”

Prior to that Londot recorded eight kills on just 10 swings in the opening set, despite a 25-22 Minnesota win there.

It wasn’t just the volume of kills or even her efficiency (a blistering .580 kill percentage), it was the variety and quality of how she finished. Cross-court, up the line, soft touch, even multiple emergency attacks fell through the Golden Gophers’ defense.

That was on display most in the third set, where Londot piled up 11 kills en route to a 25-21 Ohio State victory and 2-1 lead in the match.

All the successful attacking Ohio State did wouldn’t have been possible without the efforts of senior setter Mac Podraza either, who collected 51 of the team’s 62 assists and added three kills of her own.

The Buckeyes move on to the regional championship to take on the winner of Texas, the No. 1 overall seed, and fourth-seeded Marquette with a trip to the Final Four on the line Saturday. The match begins at 6 p.m.