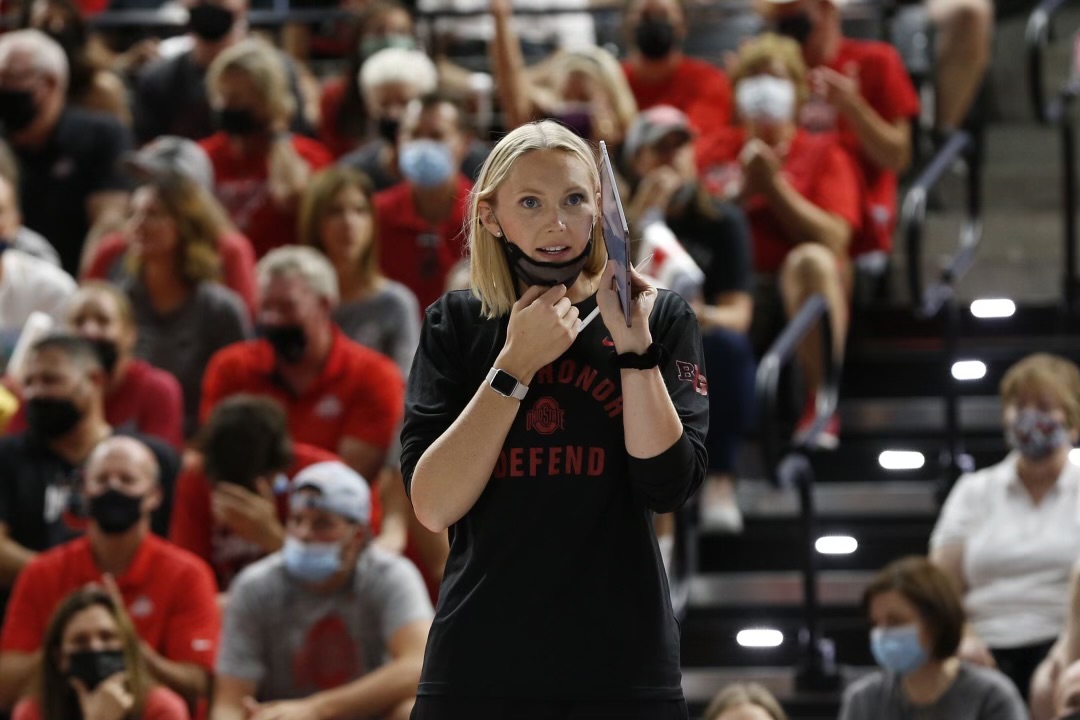 “Nicole has been an integral piece of our staff since she joined our program in 2020,” said Oldenburg. “I am excited for the opportunity to promote her into a full-time position. Her knowledge of the game and conference, combined with her ability to relate to our student-athletes and recruits, has helped build our new foundation of Buckeye Volleyball and will continue to elevate our program in the national landscape.”

Ohio State finished 27-6 (15-5 Big Ten) in the fall and hosted the first two rounds of the NCAA Tournament for the first time in six years. The Buckeyes defeated Howard and North Carolina at the Covelli Center before making their second straight trip to the “Sweet 16,” where their season ended in a four-set loss to Georgia Tech.

Fawcett’s first season was in the spring of 2021 because of the COVID-19 related rescheduling. Ohio State finished 16-4 (15-3 Big Ten) in conference matches that season. It advanced to the regional semifinals with a sweep against Missouri. The “Sweet 16” appearance came after three years of missing the NCAA Tournament and immediately after a 2019 season below .500.

Fawcett is a 2009 graduate from Penn State. She played four years of collegiate volleyball in University Park, Penn., and was a unanimous selection for the All-Big Ten First Team each season and a four-time AVCA All-American (three-time first-team selection). Fawcett was the 2008 AVCA and Big Ten Player of the Year and won two national championships with the Nittany Lions (2007, 2008).

After graduating from Penn State, Fawcett played for the United States National Team from 2009-2016, participating in 35 international tournaments and winning a gold medal at the 2015 World Championships.