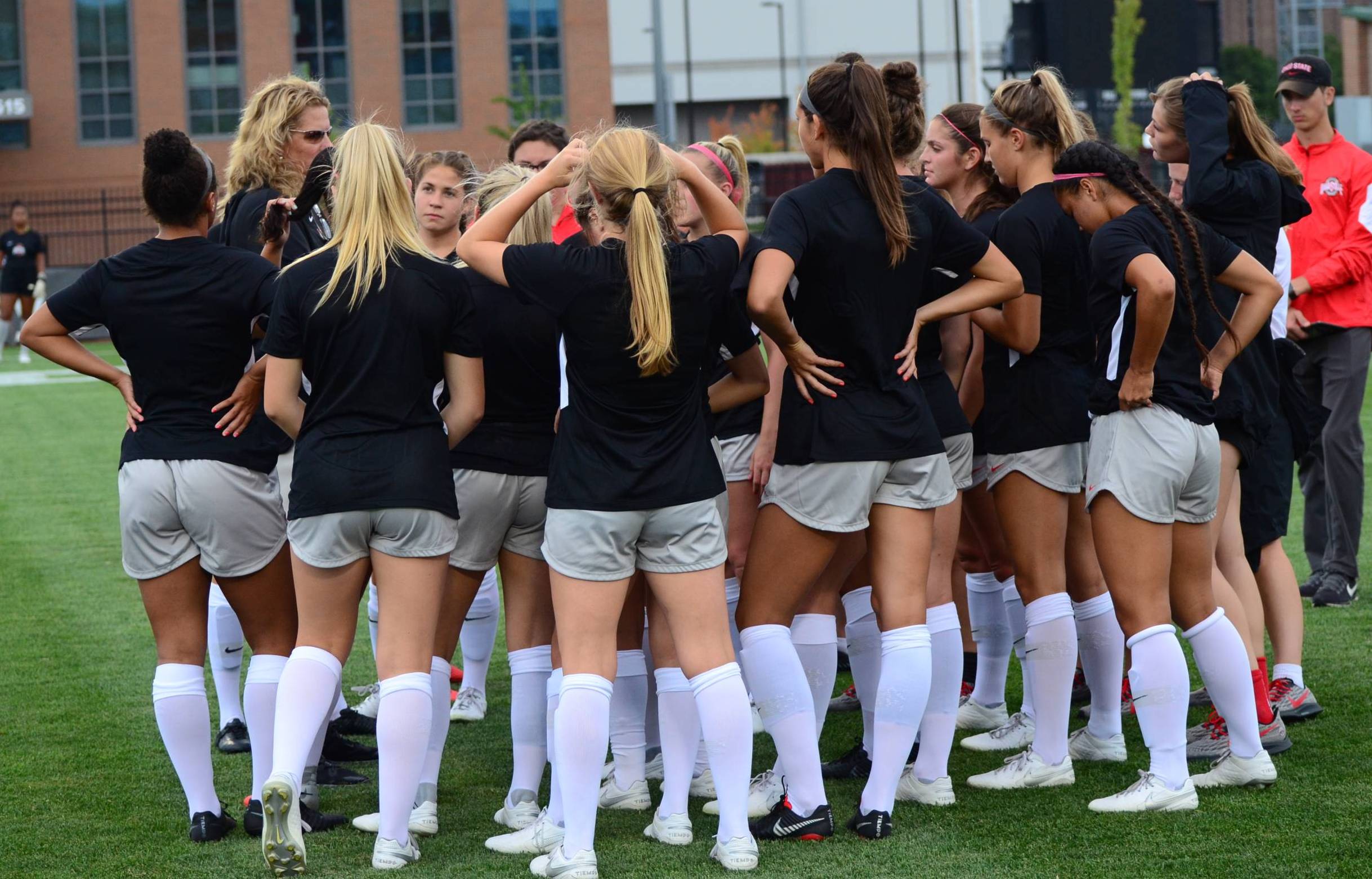 “I’m pleased at the effort our team put in today,” Walker-Hock said. “We used a lot of young players. You could tell at the onset of the game, there was a lot of excitement in their eyes and that was a very good thing to work through.”

The Buckeyes began the game with a 1-0 lead when junior forward Marissa Birzon corralled a loose ball in the box and scored the first goal of the 2019 season.

“[Sophomore forward Emaly Vatne] had a really good early cross. I got lucky, it hit off the defender and I was there to finish,” Birzon told the Lantern.

The Cardinals responded with an equalizer off the right foot of Brooklyn Rivers from the top left corner of the 18-yard line. Rivers booted the ball beyond redshirt freshman goalkeeper Jordan Silkowitz just inside the right post to tie the match 1-1.

Louisville threatened to take the lead in the final 20 seconds of the first half with shots from Sarah Hernandez and Delaney Snyder, but Ohio State made a pair of saves off the goal line to keep the game knotted at 1-1.

“I was just trying to do anything I could to keep the ball out of the back of the net,” Silkowitz told the Lantern. “Thankfully my teammates had my back and they covered for me.”

Ohio State had another opportunity in the 70th minute when senior defender Haley Walker-Robinson passed a through ball to freshman forward Emma Sears, a Dublin, Ohio, native. Unfortunately for the Scarlet and Gray, Sears’ shot from 12 yards on the right wing was stopped by a lunging Gabrielle Kouzelos.

Silkowitz made a fantastic save of her own in the 84th minute, coming out of the goal and making a sliding stop after Rivers broke free past the Buckeye defense.

Less than a minute later, Niamh Nelson kicked a long pass to an open Maisie Whitsett for the Cardinals, and Whitsett nailed her shot from 10 yards on the left side of the box for the game-winning goal.

Following the loss to a tough Louisville team, the Buckeyes will take on Missouri at home at 1 p.m. Sunday.

“This was a quality Louisville team,” Walk-Hock said. “Their style is very effective and difficult to play against because it’s so direct but we created some really good chances and we battled. We definitely improved as a team tonight.”