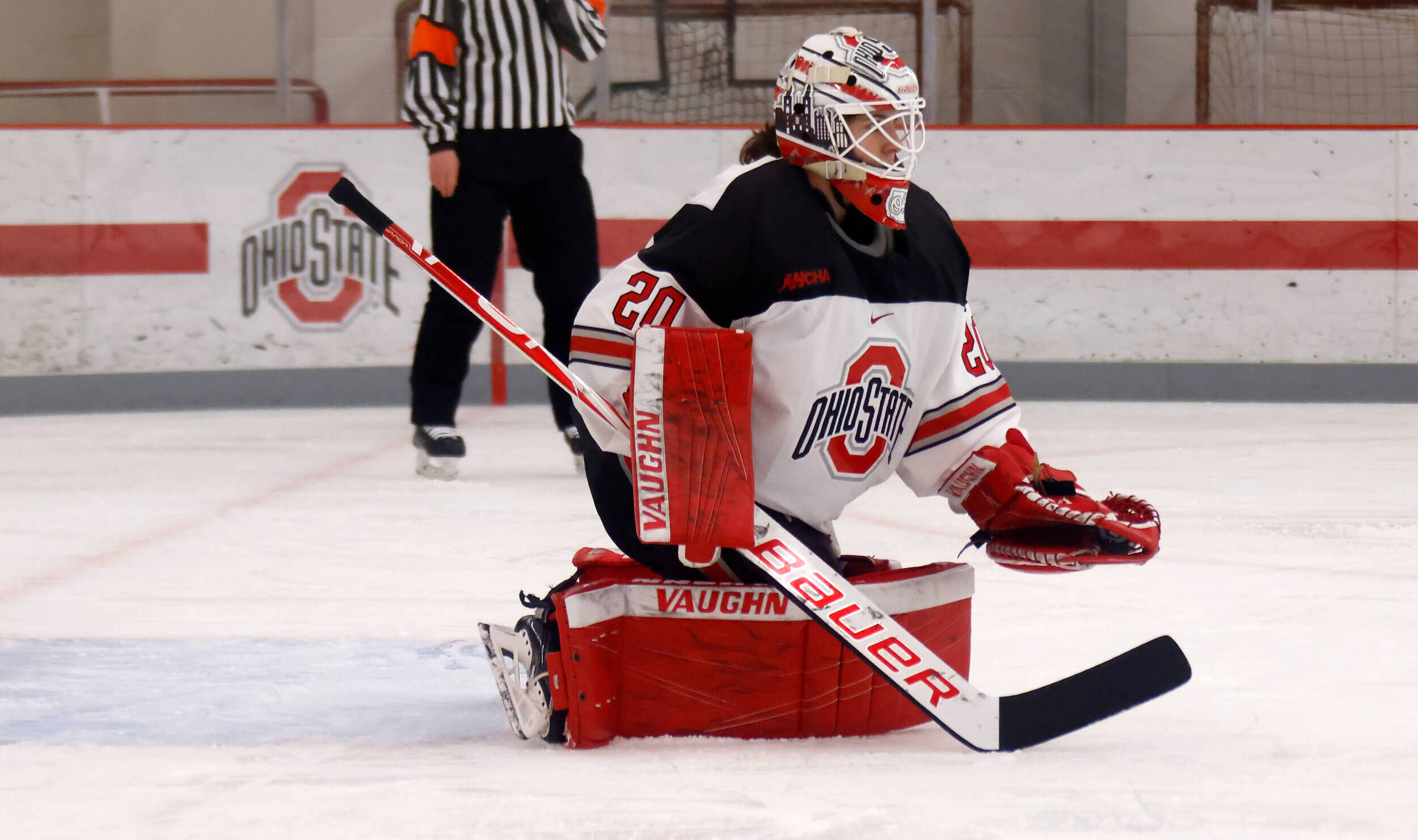 While the 2021 IIHF Women’s World Championships is no longer set to happen, Ohio State junior goalie Andrea Braendli was named as the starting goaltender for the Switzerland national team prior to its cancellation.

“I was so excited to hear the news,” Braendli, who was currently training in Switzerland with her teammates, said in Ohio State’s press release. “It’s such a huge honor to represent your country. I’m so grateful, honored and proud to be part of the Swiss team. The whole team and staff have supported me so much.”

Braendli, who is from Zurich, Switzerland, was set to compete in Group A against Canada, Finland, Russia and the United States. But the women’s championships have been canceled, according to a group statement by Hockey Canada and the IIHF.

“Although we are disappointed by the decision to cancel the event in Nova Scotia despite being just over two weeks away from the first game, we recognize that the health and safety of everyone involved and the community at large is of the utmost importance,” Dean McIntosh, vice-president of events and properties at Hockey Canada, said in the release. “Hockey Canada, the IIHF and the local host committee have worked tirelessly over the past two years to bring this event back to Nova Scotia, and it is unfortunate we will not be able to proceed with the IIHF Women’s World Championship. Hockey Canada strongly believed in the quality of our health and safety protocols surrounding the event, and were confident the participants and community members would remain safe.

“We strongly believe the top women’s hockey players in the world deserve the opportunity to compete for a world championship this season, and we will explore all options to make that happen in Canada later this year.”

Braendli started in 18 of 20 games last season for Ohio State, winning 11 of those starts. She finished with a 1.99 goals against average and a .915 save percentage.

“I can’t thank Coach (Nadine) Muzerall and the entire Ohio State team and staff for their support throughout the last three years,” Braendli said in a statement. “It’s them who prepared me for this role every single day in practice. They made me stronger not only on the ice, but off it, too. They’ve made me a better and stronger person.”