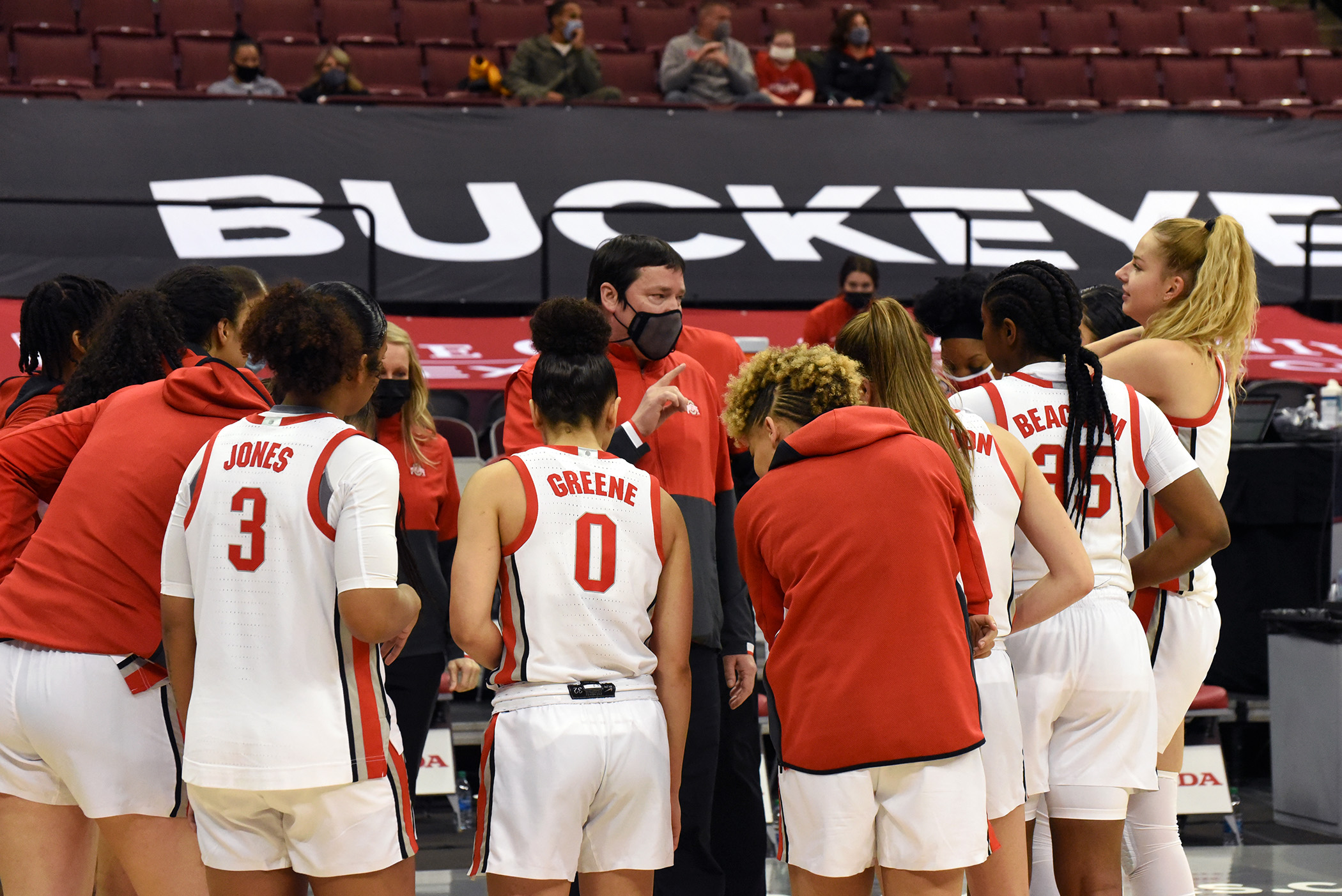 Ohio State women’s basketball’s game against Northwestern, which was scheduled for 1 p.m. Sunday, has been postponed “due to a presumptively positive test during the pre-game testing window,” according to a statement released by Ohio State.

“Sunday afternoon’s women’s basketball game between Ohio State and Northwestern has been postponed out of an abundance of caution for the health and safety of the participants from both teams,” the statement said. “The decision to postpone was mutually agreed upon by the head team physicians from both institutions due to a presumptively positive test during the pre-game testing window. The Big Ten Conference will work with both institutions to identify potential rescheduling options.”

The matchup was supposed to be a chance at redemption for the Buckeyes, who fell to the Wildcats 69-57 on the road as one of their three losses on the season. Ohio State is also coming off a 75-70 defeat at the hands of Wisconsin.

This is the seventh postponement or cancellation on Ohio State’s schedule. The Buckeyes’ opener against Akron was cancelled, as was a matchup against St. Mary’s. They have also had games postponed against Iowa, Maryland, Michigan State and Rutgers. Only the matchup against the Hawkeyes, which was played on Feb. 4, has been rescheduled to this point.

Ohio State’s next game is now a Feb. 18 home matchup against Purdue.