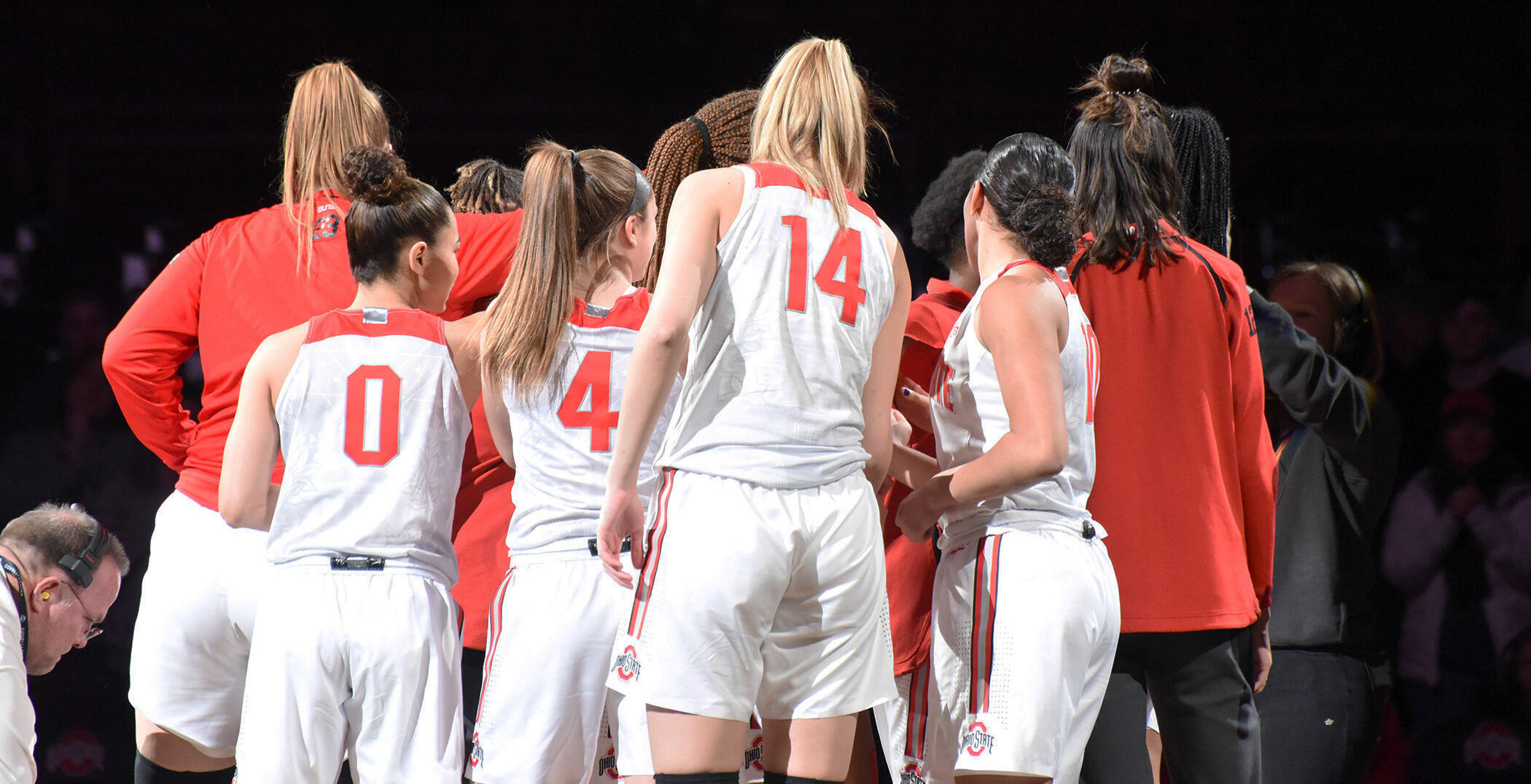 On Sunday, the basketball world lost a legend in a helicopter crash that killed nine people, including former Los Angeles Lakers star Kobe Bryant, as well as his daughter, Gianna.

But Kobe was also more than one of the best players in NBA history. Because of his children — all four of which are daughters — Bryant was also a major advocate for women’s basketball, something that Ohio State head coach Kevin McGuff was more than aware of.

“Man, just to see him evolve as a person and as a parent and just how into his children he was and how into women’s basketball he was too. I think it felt like we lost obviously an amazing ambassador for our sport,” McGuff told Buckeye Sports Bulletin, “and I think he would have been for a long time with his daughters, and just his interest in the sport, it would have been really cool to see him really interject himself in such a positive way.”

Gianna’s favorite women’s college basketball team was UConn, and she was likely to go there, assuming all her potential turned into an offer for one of the best programs in the sport.

UConn honored one of its biggest fans by putting a jersey and flowers on one of their chairs ahead of a matchup against Team USA.

She was a huge UConn fan who dreamed of playing for the Huskies one day. pic.twitter.com/xnbzEiTAEw

But for as much of a strong advocate that Kobe already was in his life, McGuff knows it would have only grown stronger once his daughter made her way into the college game.

“It probably pales in comparison to what it could have been over time, especially as his children grew and then were in college and beyond, and just to have him have a chance to be involved in all those levels, and that’s a guy that can move the needle with support and so forth, and just interest in our game,” McGuff said. “Obviously the saddest thing is just the loss of life and how that’s going to impact their family. But also for women’s basketball, it’s a huge loss.”

The loss of Kobe and Gianna was equally tough for Ohio State’s players.

McGuff said that, while the team did not have a meeting specifically about it, the deaths did have a strong effect on his entire roster.

“I mean everybody’s really sad, it really had a profound impact on everybody that I know,” McGuff said. “You didn’t have to even know him as a person to just be really sad about that tragic event.”

One of those players is Janai Crooms. The Buckeyes sophomore guard said the loss of both Kobe and Gianna really hit her hard, and that there are multiple areas of Kobe’s game that she will continue to bring with her.

“He was at I think the UConn game and the reporter was like ‘Why don’t you have a boy?’ or something like that, and (Gianna) was just like ‘Nah, I got this.’ That really touched me because she really just filled in her dad’s shoes, and just keep the legacy going,” Crooms said. “His work ethic, just the things he did with his footwork, his hard work, it just played a really big role in a lot of, not even just athletes, a lot of human beings in the world, and just seeing a person like that, with that work ethic, it’s just really big.

“I want to just do that also, just come in the gym, getting shots up no matter what, just conditioning, getting shots up, working on my footwork, just the little things because that’s what matters.”

Freshman guard Kierstan Bell was also seriously impacted when she heard the news after shooting around in the practice gym.

She said she saw the news on Twitter and “just started crying.”

“I was hurt, as a basketball player you just look up to players like that and you want to meet them,” Bell said. “He was one of the NBA players that really cared about women’s basketball. A lot of people really don’t look into girl’s basketball, or sports in general.”

Bell wears No. 24 for Ohio State, one of the two numbers that Kobe wore in his Lakers career. The other number is 8, which cannot be worn at the college level due to an NCAA rule that restricts any jersey number with a digit between six and nine.

Ohio State’s first-year guard has worn that number since middle school, and has worn it because of her, and her stepdad’s love of the ex-Lakers star.

“I grew up and I watched him, my stepdad’s favorite player is Kobe Bryant, so when I was younger, we used to just sit down in the living room and watch him and watch his games and, you know he’s just inspiring,” Bell said. “So wearing that number, you know it means a lot, because he was inspiring to me. His work ethic, oh my gosh, like nobody worked harder than him.”

McGuff, Crooms and Bell each had a favorite Kobe memory from his historical career.

Crooms said it was Kobe’s 60-point outing in his final NBA game against the Utah Jazz, a performance that ended with him making key shots down the stretch in order to secure the comeback victory.

McGuff also mentioned that game as one of his favorites, but also noted a different Kobe story he had heard about the legendary guard behind the scenes.

“At some point, the team wasn’t playing well and there’s a bunch of guys wearing Kobe’s on the team and he said ‘you guys can’t wear my shoes if you’re going to play like that,'” McGuff recalled, ” which I thought was amazing leadership.”

McGuff also mentioned another memory, one that Bell said was her absolute favorite in Kobe’s storied tenure.

In a game on April 12, 2013, the 43-36 Lakers were going up against the 45-34 Golden State Warriors in a crucial game to decide the Western Conference playoffs.

Kobe put up 34 points on the way to a 118-116 victory on the back of some difficult three-point makes while battling some clear ailments, but no two points were more difficult than his last two.

“He tore his Achilles and he just still got out there and made his free throws, and that was just something that stood out to me because nobody’s going to do that. He was very inspiring,” Bell said. “He broke a lot of things on his body, but I know a lot of NBA players that wouldn’t stay out there and shoot free throws, I know anybody else would have just went off and got off the court, but him, just standing there and shooting his free throws for his team, he thought about his team first, and that’s what I am, a team player, so I mean I would have done it for my team, too.”

“He tore his Achilles tendon, got up, went and shot two free throws, and then walked to the locker room,” McGuff said. “I mean, that just kind of encapsulates everything you need to know about him as a basketball player.”