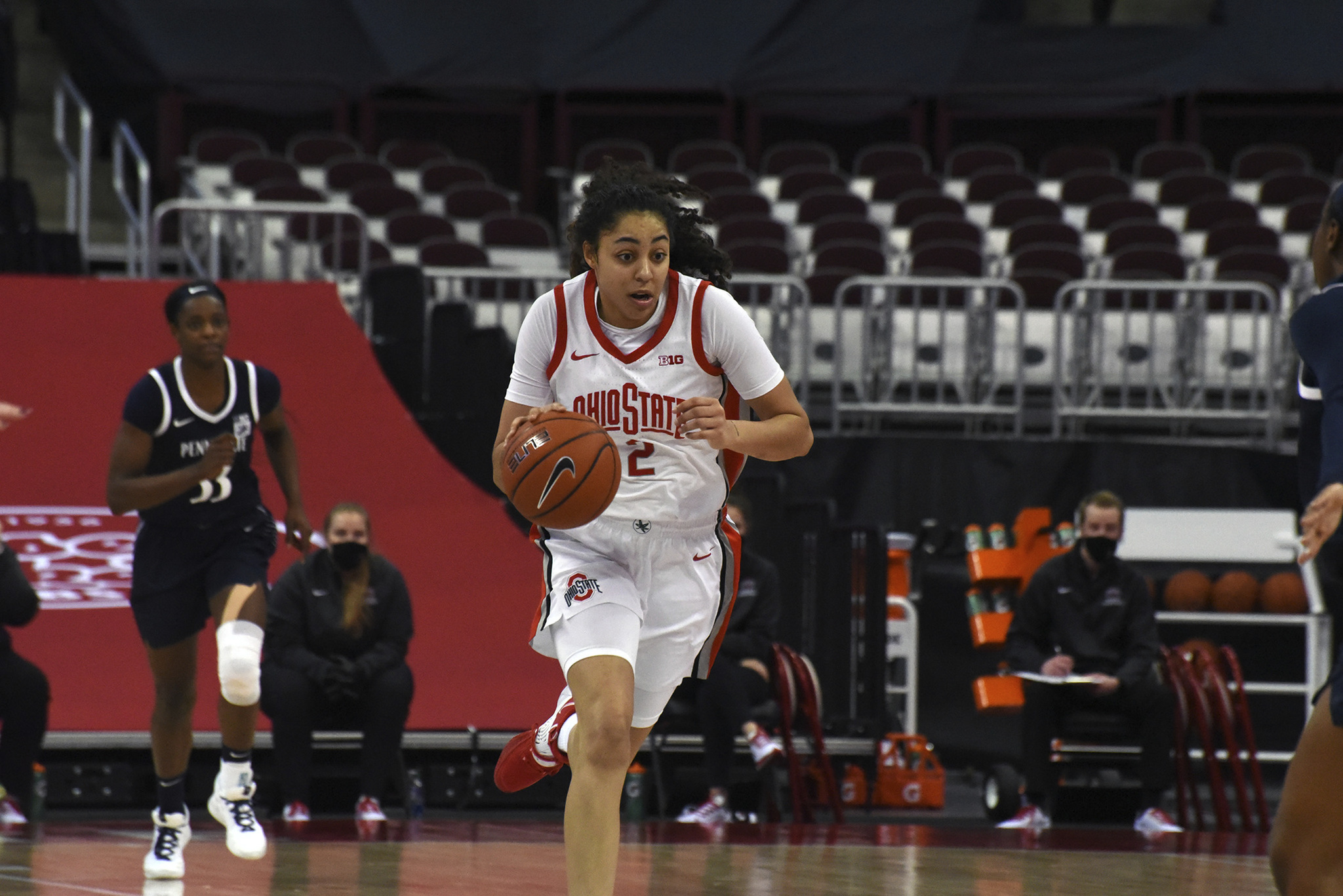 Ohio State women’s basketball will have one of its four postponed Big Ten games played after the team’s upcoming matchup against Indiana was moved from its Feb. 4 date up to an opening on the Buckeyes’ schedule.

That game, which will take place in Bloomington, has moved up a week to this Thursday, Jan. 28, and will be played at 8 p.m. on BTN.

The Buckeyes’ first matchup against Northwestern, which is also a road game, has remained unchanged and will take place at 8 p.m. on Feb. 1, and moving in place of the Hoosier will be a home matchup against Iowa that was previously slated for Dec. 19.

The game against the Hawkeyes was one of three conference matchups that were canceled because of COVID-19 issues within Ohio State’s program. That makeup game on Feb. 4 will be a home one for the Buckeyes, but does not yet have a time.

The Buckeyes have already faced Iowa once this year, taking down the Hawkeyes 84-82 in overtime on Jan. 13, coming back from a 14-point second-half deficit to, at the time, move to 7-0 on the season.

Ohio State has not yet released information on if, or when, the postponed games against Maryland (Dec. 23), Michigan State (Dec. 31) and Rutgers (Jan. 10) will be rescheduled.