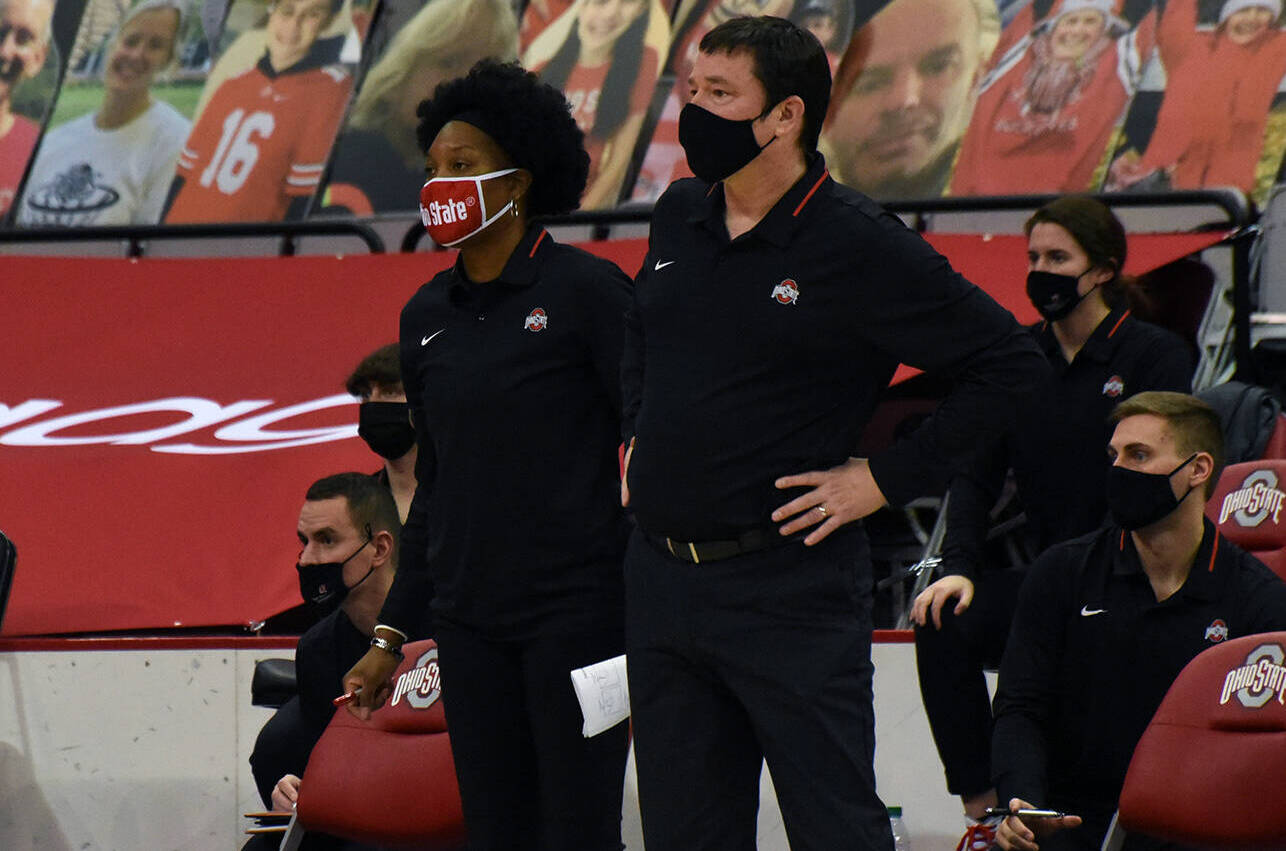 “I am thrilled to be joining the Ohio State family under the leadership of Coach (Kevin) McGuff,” Powell said in the press release. “I am extremely grateful and honored for this opportunity that Coach McGuff has given me, and I am looking forward to learning under him and working with a great staff. The passion and pride that is instilled in the culture here at The Ohio State University is very special, and it is something I am proud to be a part of.”

Powell spent one season as an assistant coach at Florida A&M, but the Rattlers did not get to play in that 2020-21 campaign after opting out over concerns with COVID-19. Prior to that, she had a stint in New York working at Basketball Results training facility and was a graduate assistant at Arkansas.

“I’m extremely excited to welcome Jalen to the Ohio State women’s basketball family,” McGuff said in the reelase. “Her talent, work ethic and eagerness to serve as a mentor to our student-athletes make her a terrific fit. I’m looking forward to the positive impact she will have on our program.”

Powell has some family history in basketball. Her father, Jerry Powell, is an NBA trainer, and has worked with stars like Miles Bridges, Paul George, LeBron James and Rajon Rondo. Jalen worked with her father at Basketball Results, which he owns.

Quickly following that move, Ohio State also announced that Morrow would be moving up the ranks to an associate head coach position.

“I’ve had the privilege to learn from and collaborate with Coach McGuff for several years,” Morrow said in a statement. “I am grateful for this enhanced leadership opportunity he has presented to me. I’m extremely excited to move forward, reinforcing the core values that he and the entire staff have worked so hard to create as we build on the foundation that make The Ohio State Women’s Basketball program so exceptional.”

Morrow has been on Ohio State’s staff for the past two seasons, during which she has helped the Buckeyes amass a 34-19 record. Prior to that, Morrow worked for three years as an assistant on the WNBA’s Chicago Sky. She also has experience at a variety of college programs, including Colorado, Missouri State and Xavier. She was also a dominant player at Tulsa.

“I am thrilled to announce a well-deserved promotion for Carla Morrow,” McGuff said. “Her work ethic and passion for the game of basketball have been exceptionally impactful as we’ve continued to advance the program. Most importantly, her investment in our student-athletes has helped facilitate growth on the court, in the classroom and in the community.”