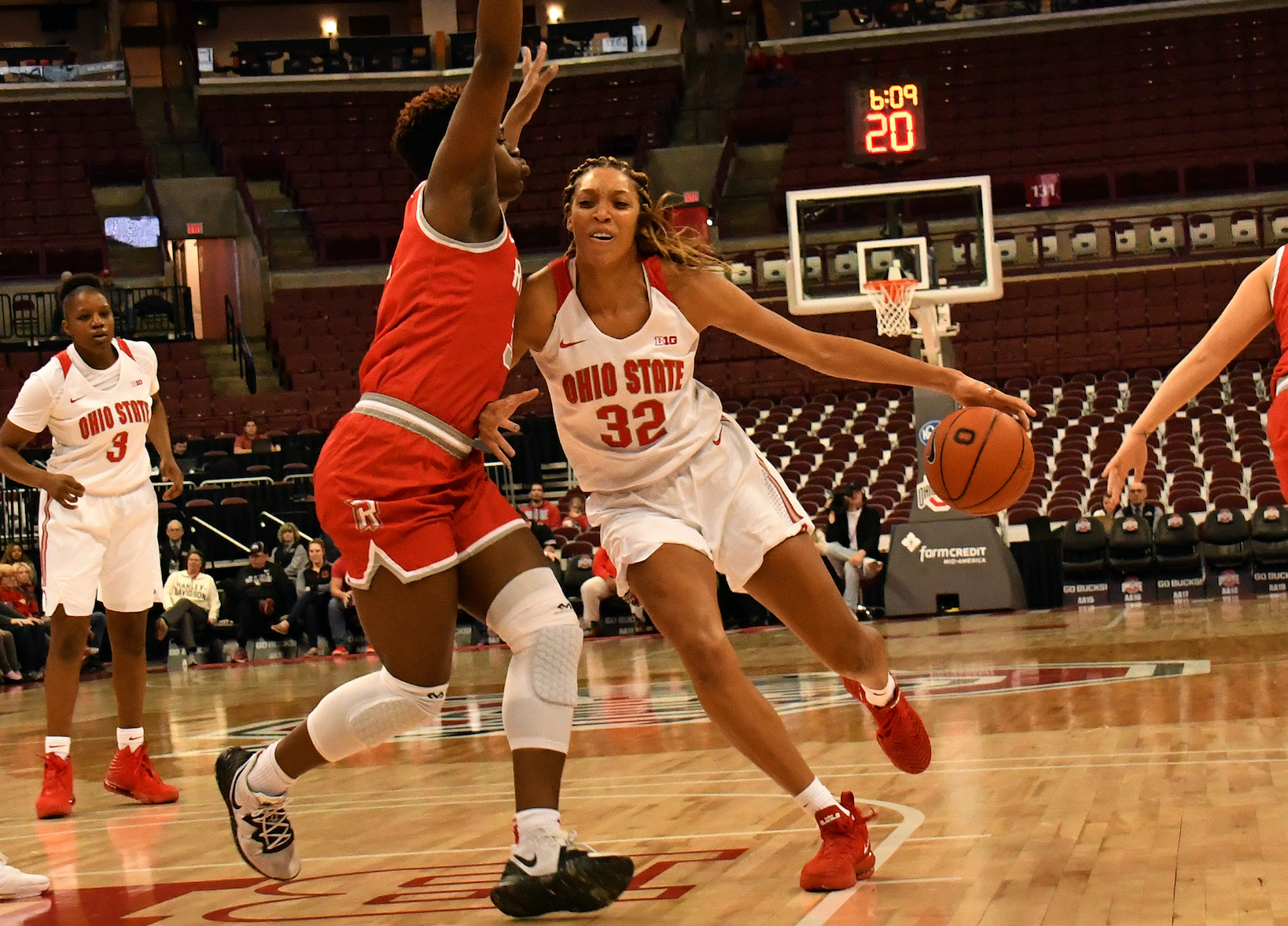 In its most recent game following the stunning upset of No. 2 Louisville, Ohio State let a less talented Radford team hang around for much of the game, but the Buckeyes eventually prevailed, defeating the Highlanders 70-57.

“I didn’t think we had the same focus and energy that we had Thursday, and that’s going to leave you vulnerable in these games,” Ohio State head coach Kevin McGuff said. “I think we’ve shown the ability to bounce back after a tough loss and just keeping fighting through and getting better. This was our first test to handle success, and I would say we didn’t quite necessarily handle it the way I wanted to.”

Ohio State sophomore forward Dorka Juhasz was the primary scorer for the Buckeyes all afternoon, using her height advantage to finish with 21 points and six rebounds.

“I was able to use my length, so I got a lot of points in the post, which I have to credit for the guards that passed it inside,” Juhasz said.

Freshman guard Kierstan Bell also turned in another strong performance for Ohio State, tallying 15 points, 11 of which came in the second half.

Bell and Juhasz combined to shoot 16 of 20 from the field.

A pair of Bell threes in the fourth quarter pushed the Ohio State lead to 58-43, the largest advantage in the game. But Radford didn’t give in, with sophomore guard Makaila Wilson hitting a pair of threes herself to bring the Buckeye lead back down to nine.

Juhasz added a layup to make it 60-49, but Wilson kept attacking, hitting another shot from deep to make it an eight-point game.

Eventually, with a three from freshman guard Jacy Sheldon and another Juhasz layup, the Buckeyes broke it open and held on for the 13-point win.

The turnover battle was fairly even in the game — Ohio State finished with 15 turnovers to Radford’s 18 — but it was what the teams did with those turnovers that made the difference. While the Highlanders only scored seven points off turnovers, the Buckeyes finished with 21.

Radford struggled to shoot the ball consistently most of the night, at least from inside the arc. The Highlanders shot 37.3 percent overall, but only 25 percent from two, while hitting 11 of 19 attempts from three.

Junior forward Tina Lindenfeld was the most efficient scorer for Radford, finishing with 12 points on a perfect 4-of-4 shooting from deep.

“That just means their confidence is really, really high, so that means they’re going to knock down big shots and that’s what they did,” Bell said. “There’s nothing we could do about it but stop letting them shoot, and at the end we let off a little bit, but we kept it in the game.”

Ohio State has a week off before going on the road to face No. 1 Stanford on Dec. 15.