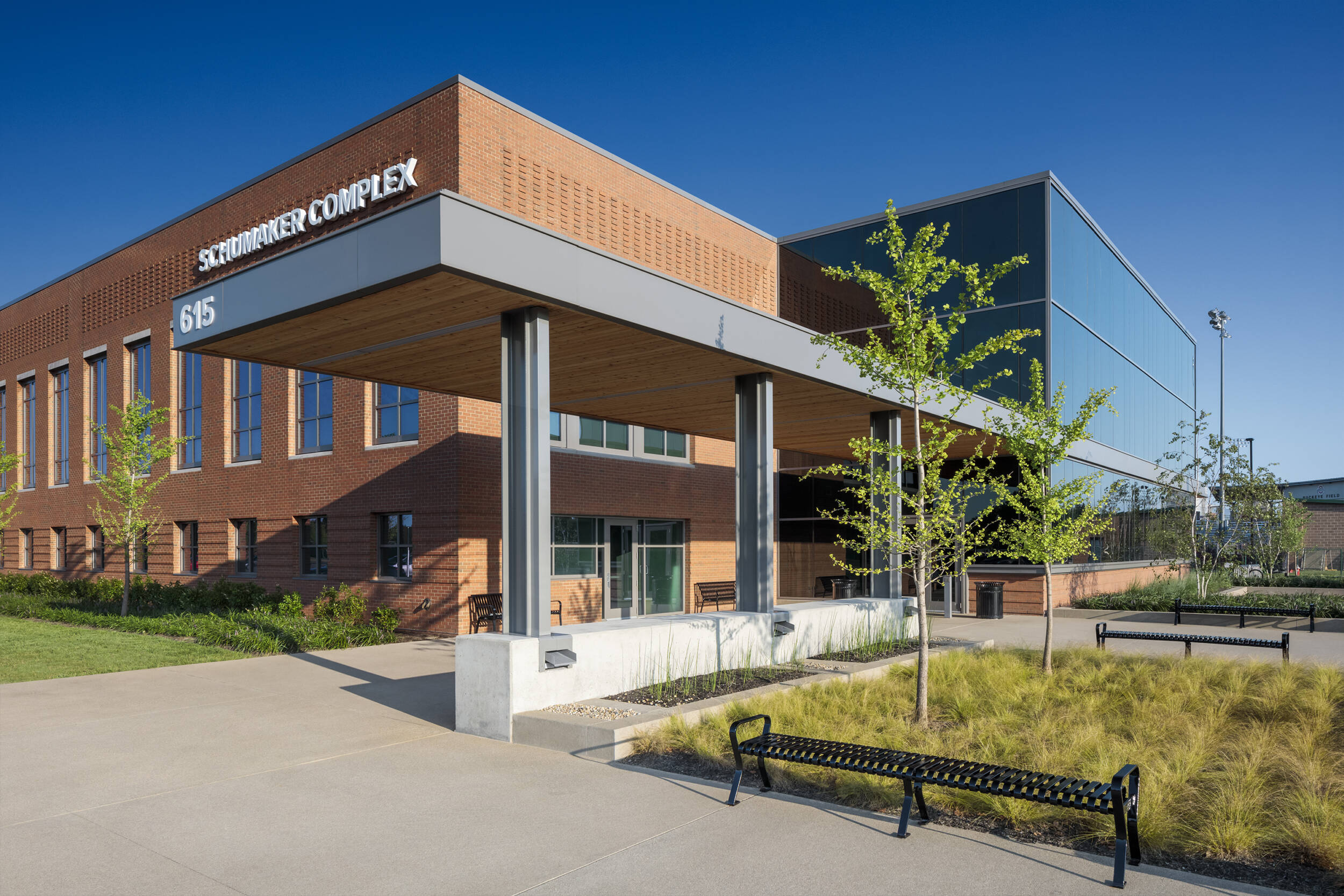 Ohio State won the award because of its work on the Schumaker Complex, per the release. The Sustainability Award will be presented to Ohio State at an on-campus event later this year, pending fall competition schedules.

“We’re honored to receive this award, as it is a great testament to the hard work of many in our department,” said Gene Smith, Senior Vice President and Wolfe Foundation Endowed Athletics Director at Ohio State. “The process of creating and maintaining sustainability processes for The Schumaker Complex, Covelli Center and Jennings Wrestling Facility were truly a team effort. We also know that moving forward, continuing to find ways to keep the facilities on the forefront of sustainability will be critically important.”

For winning the honor, Ohio State will receive $40,000 in USG product. The Sustainability Award was designed to recognize NACDA member institutions across all divisions, honoring athletics directors and their universities for incorporating sustainable practices and materials into their athletics facilities. The university was selected for the honor this year by a six-person committee consisting of athletics directors across the country and representatives from USG and NACDA.

“USG is immensely proud to support the sustainability efforts of colleges and universities around the country and we look forward to continuing our engagement in supporting their sustainable practices and goals.”

NACDA Chief Executive Officer Bob Vecchione agreed with Powell, emphasizing the importance of the sustainability of the Schumaker Complex.

“Ohio State has produced some of the most impressive facilities in college athletics, and for the Schumaker Complex to have as positive an impact from a sustainability standpoint as a student-athlete experience standpoint is an accomplishment worth recognizing,” Vecchione said. “NACDA is proud to continue its partnership with USG to highlight the new standard of sustainability in our industry.”

The Schumaker Complex, the Covelli Center and the Jennings Wrestling Facility represent the new facilities completed so far during Phase 1 of the Athletics District. The Schumaker Complex is a 125,00-square-foot wellness facility, which has achieved LEED Gold. The Covelli Center is a 3,700 seat arena and the Jennings Wrestling Facility is a 20,000-square-foot practice facility for Ohio State wrestling – the combined complex is expected to be soon confirmed LEED Silver.

The Covelli Center and the Jennings Wrestling Facility were initially going to be separate buildings. However, after considering the cost savings, resource savings and maintenance efficiency that a combined building would provide, the structures were combined.

The home for Ohio State wrestling and volleyball, the Covelli Center, is estimated to save 130,000 gallons of water annually because of its low flow fixtures. The use of natural lighting and energy-conservation measures in the Schumaker Complex is reducing estimated annual energy consumption by more than 23 percent.

The total energy consumption of both facilities can be tracked by smart-energy metering devices, helping Ohio State in its aim to be carbon neutral by 2050. The Athletics District includes electric vehicle charging stations at the Schumaker Complex, parking for bicycles, Columbus and Ohio State bus stops, as well as pedestrian access from campus.

In addition to benefiting from the athletic facilities, more than 800 Ohio State student-athletes use the shared dining, study and social spaces in the Schumaker Complex.

Buckeyes in fencing, rowing, cross-country, men’s and women’s gymnastics, cheer, and others have plans to expand the sustainability initiatives of their respective teams, including their events.

Ohio State student-athletes in both men’s and women’s gymnastics held their second annual Zero Waste meets at the Covelli Center this past season, with the goal of diverting 90 percent of the waste from those competitions away from the landfill. The Ohio State synchronized swimming team was a pioneer in Zero Waste events for the school, and many teams like football have followed its lead.

The maintenance staff for Ohio State athletics and the Ohio State Golf Course are incorporating electric landscaping tools into their operations as well as maintaining plants. The building staff working on the Schumaker Complex, Covelli Center and Jennings Wrestling Facility are expanding waste diversion opportunities, using the energy-conservation measures as they were intended, and using Green Seal-certified cleaning chemicals [85 percent of products are certified].

Per the release, the Athletics District has provided a centralized and more socially and environmentally responsible infrastructure for student-athletes to meet their full potential and to inspire Ohio State fans, along with all campus visitors, to live more sustainable lives.