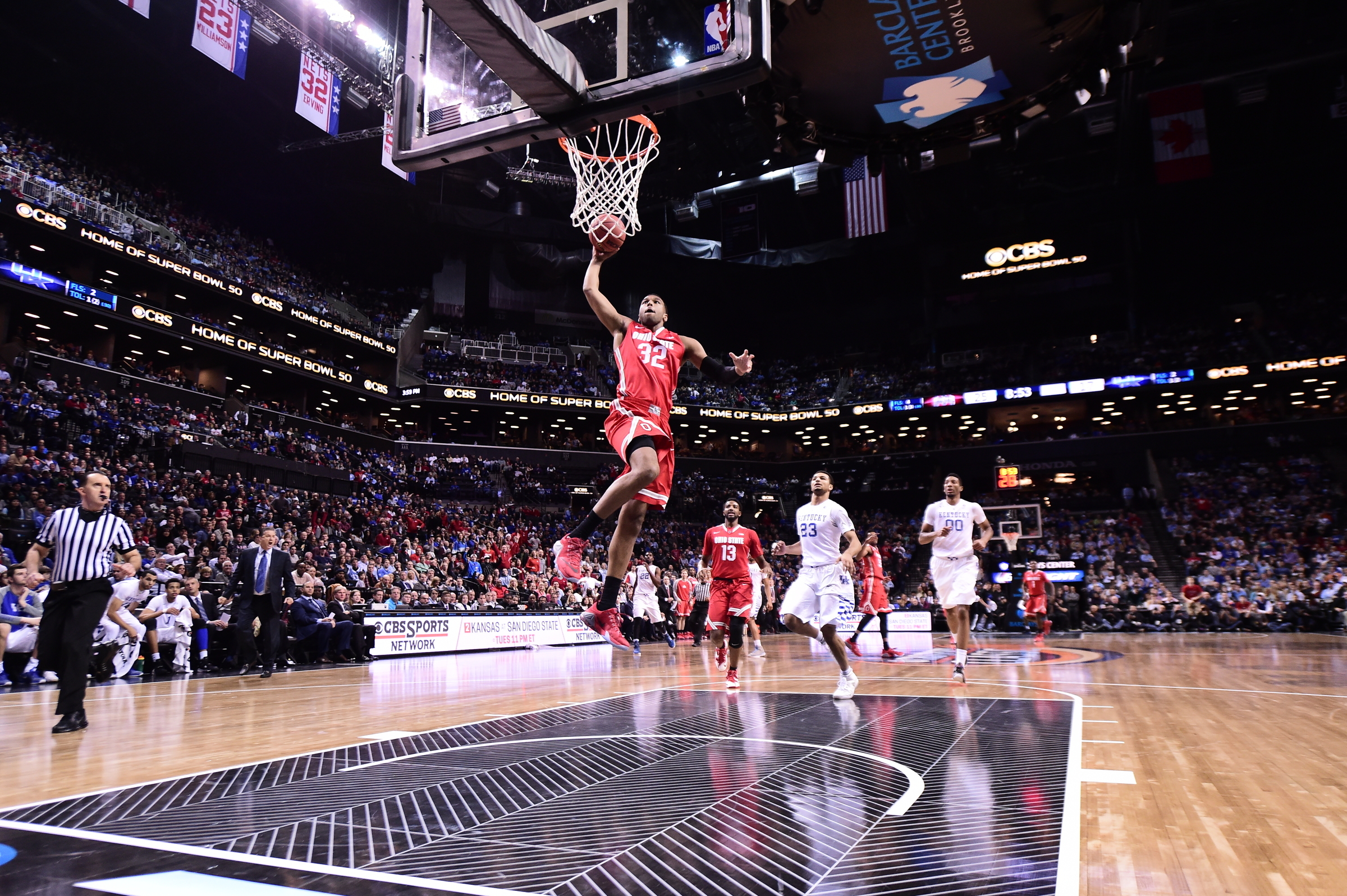 Yet another former Ohio State basketball player is getting involved with The Basketball Tournament, which is scheduled to take place in Nationwide Arena in Columbus from July 4 through July 14. Former Buckeye center Trevor Thompson is the latest familiar face to join, though he’s doing so not as a member of Ohio State’s alumni team, “Carmen’s Crew,” nor as a member of the Big Ten alumni team “Big X,” but as part of the “Red Scare,” a Dayton alumni team.

Everyone welcome @TrevBallinTrey2 Former Ohio St. Buckeye will be teaming up with us this summer.

Trevor is 7ft, mobile, has great touch, and is a competitor. Lets do this thing pic.twitter.com/apqduGSczH

The 6-foot-11, 210-pound center is the lone Buckeye on the Dayton team, though he is joining Trey Landers, the brother of former Buckeye defensive tackle Robert Landers, and a former Dayton basketball player. During his two seasons in Columbus, Thompson started 48 games, averaging 8.5 points per game and 7.0 rebounds.

Several things will have to happen for any of the three teams to meet up, though it seems likely that there will be a Buckeye battle in the top half of the bracket. Carmen’s Crew, the No. 1 seed, along with the No. 8 seeded Red Scare are both in for first round byes, while Big X, the No. 9 seed, has to knock off No. 24 Jackson TN Undersawgs to advance to a matchup with Red Scare. If Carmen’s Crew can win its first round game, it would face the winner of that Red Scare-Big X battle.