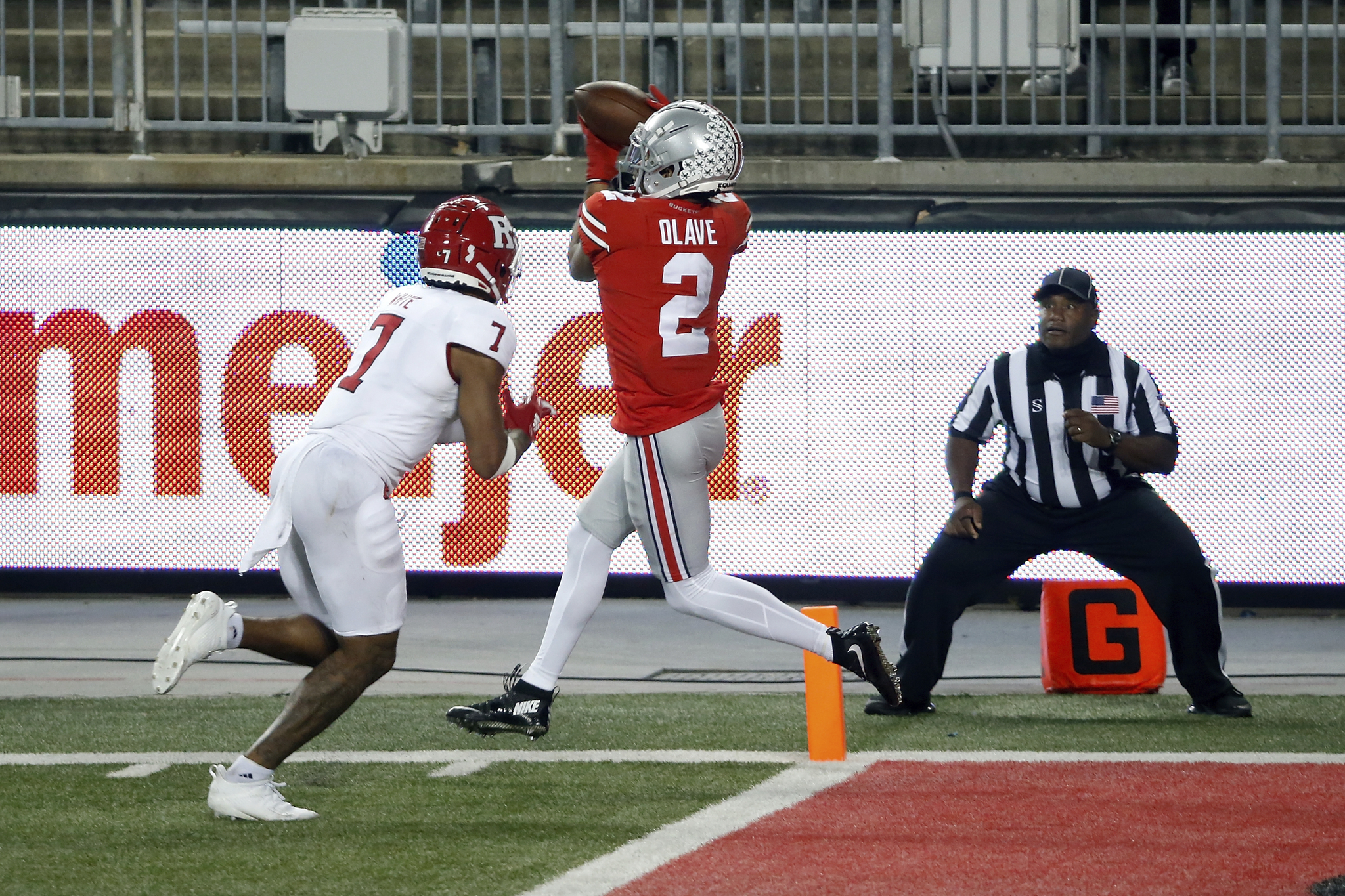 Ohio State senior wide receiver Chris Olave was one of 35 players named to the watch list for the Walter Camp Player of the Year, an award that goes to the best player in college football.

Olave was the only Buckeye to make the list, with only four teams boasting multiple watch list members. Three teams – Alabama, Clemson and Notre Dame – have two each. The Crimson Tide has linebacker Will Anderson and wide receiver John Metchie, the Tigers have defensive tackle Bryan Bresee and wide receiver Justyn Ross, while Notre Dame has defensive back Kyle Hamilton and running back Kyren Williams.

One other program has multiple players, and that is Iowa State with a whopping four on the watch list. Those four are running back Breece Hall, tight end Charlie Kolar, quarterback Brock Purdy and linebacker Mike Rose.

Olave is one of just four players from the Big Ten on the list, with the others being Minnesota running back Mohamed Ibrahim, Northwestern defensive back Brandon Joseph and Indiana quarterback Michael Penix.

The fourth-year Ohio State wide receiver had a strong junior season in 2020, bringing in 50 receptions for 729 yards and seven touchdowns, all of which were team highs. He did that in just seven games after missing the Big Ten championship against Northwestern due to COVID-19 protocols.

With Olave’s decision to return for his senior season, he has a chance to earn some Ohio State records. He is 91 catches, 1,124 yards and 13 receiving touchdowns away from each of the program records. Those totals would surpass K.J. Hill (201 catches), Michael Jenkins (2,898 yards) and David Boston (34 touchdowns).