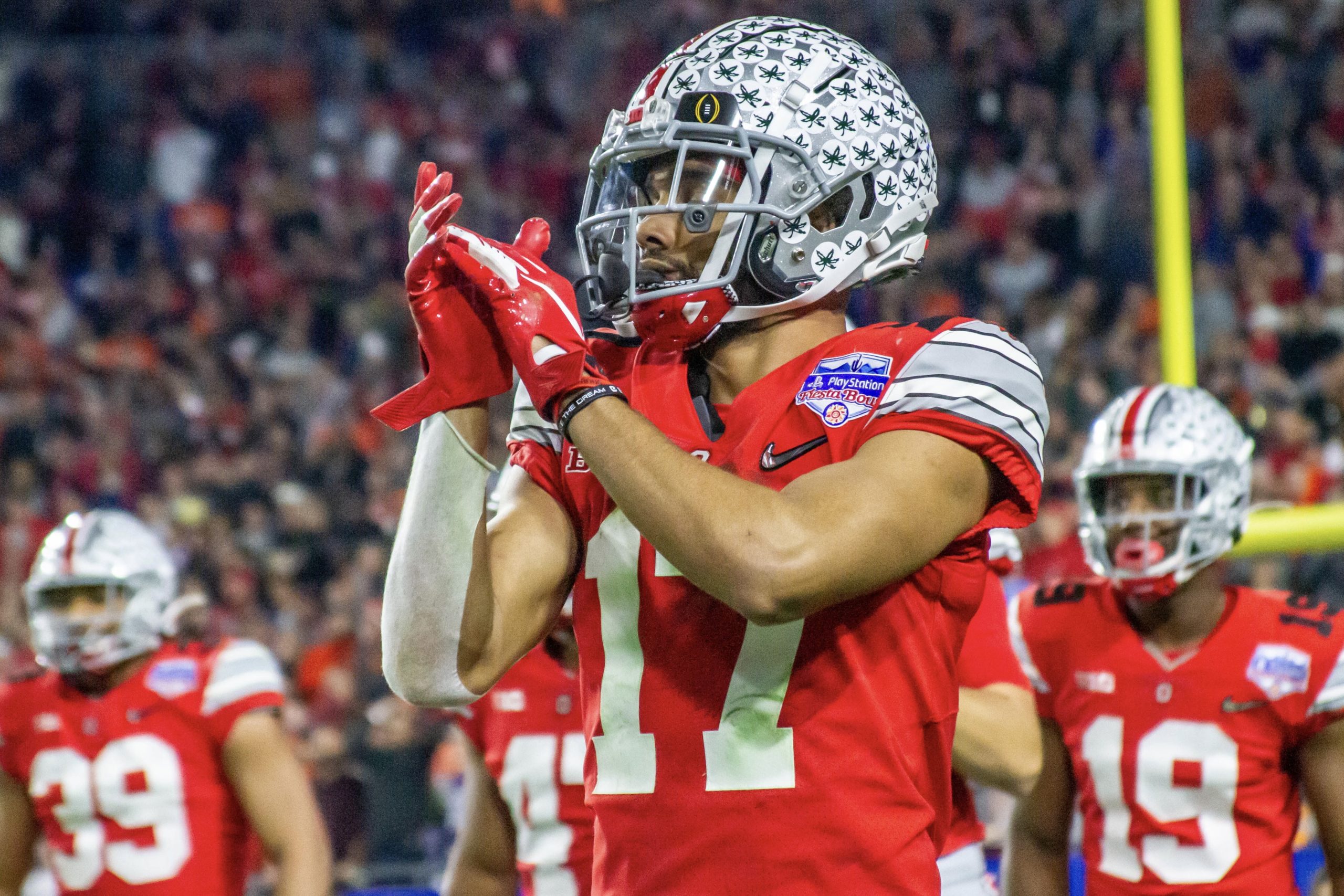 Junior Chris Olave was the lone Ohio State wide receiver, and one of 55 receivers in the country, to be named to the Biletnikoff Award watch list.

“Any player, regardless of position (wide receiver, tight end, slot back, and running back) who catches a pass is eligible for the award.”

In his true sophomore season, Olave finished with 49 catches for 849 yards and 12 touchdowns, with the yardage and scores finishing as team highs. His reception total was second only to K.J. Hill (57 catches), and his 17.3 yards per catch was surpassed only by freshman wide receiver Jameson Williams, who had six catches for 112 yards (18.7 yards per catch).

A potential omission from the list is sophomore wide receiver Garrett Wilson, who finished his first collegiate season with 30 catches for 432 yards and five touchdowns.

Last year’s winner of the award was LSU wide receiver JaMarr Chase, who finished the 2019 season with 84 catches for 1,780 yards and 20 touchdowns. Chase did that in just his true sophomore season, and he returns in 2020 as a member of this year’s watch list.