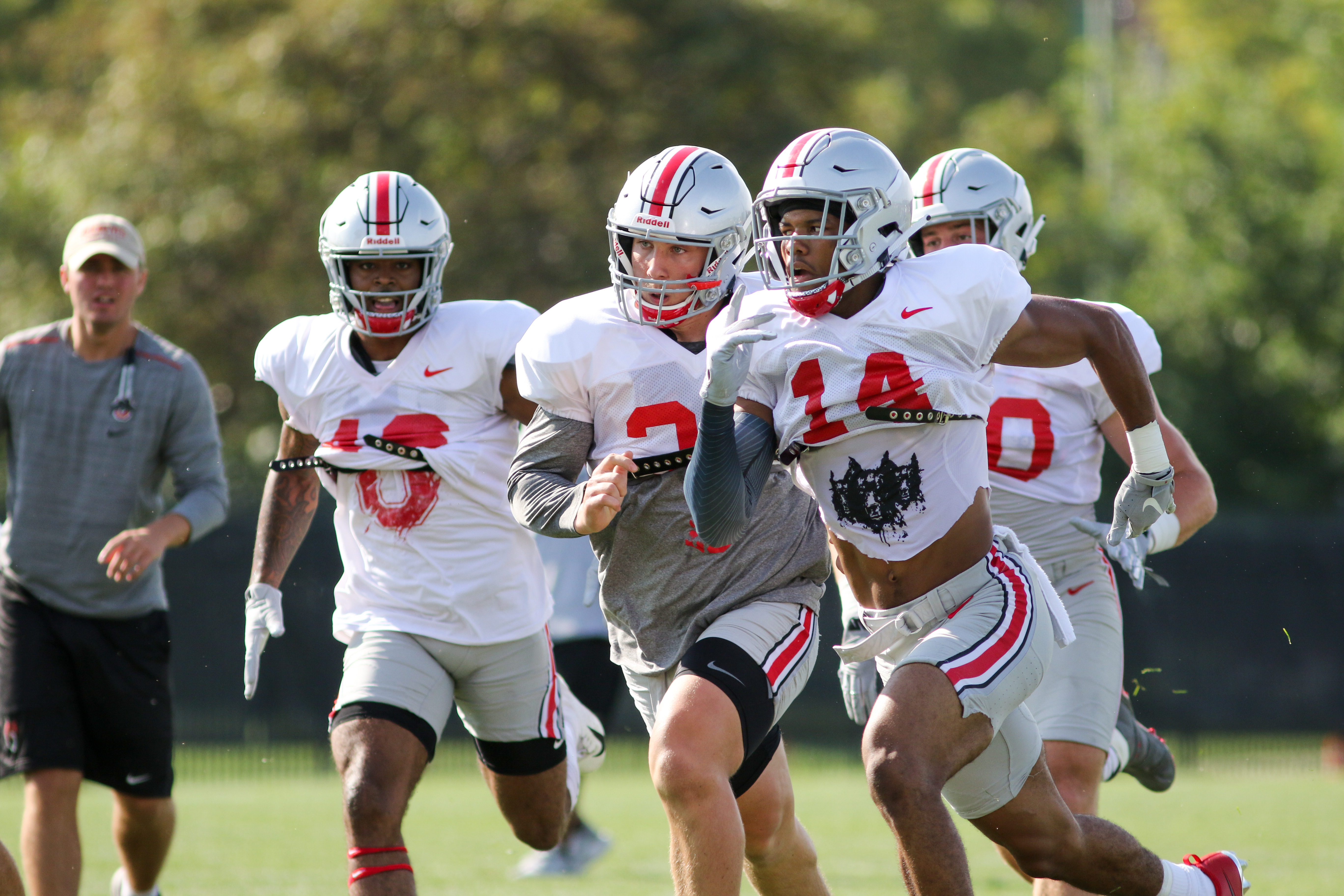 Ohio State released its first depth chart of the 2018 season Tuesday afternoon, and while there weren’t many surprises, there were a few questions that were answered.

Acting head coach Ryan Day said Monday that both Isaiah Pryor and Jahsen Wint would both get playing time at the safety spot opposite Jordan Fuller in the season opener, however it was Pryor that appeared atop the depth chart released by Ohio State on Tuesday, with Wint listed behind him.

Four positions on the offensive side of the ball included an “OR” designation, indicating one of two players could start when the Buckeyes take the field on Saturday.

First, Ohio State listed Thayer Munford and Joshua Alabi as co-starters at left tackle. A true sophomore, Munford earned time last season at left tackle when stepping in for an injured Jamarco Jones in the Michigan game. Alabi, a converted defensive tackle, stepped in at right tackle in that same game when Isaiah Prince briefly exited with an injury.

Not nearly as surprising was J.K. Dobbins and Mike Weber listed as co-starters at running back. While Dobbins started each game in 2017 as a freshman, Weber is the older of the two players and has a 1,000-yard season under his belt as well. Terry McLaurin and Johnnie Dixon, both fifth-year seniors, are listed as co-starters at one wide receiver position while Austin Mack earned a starting spot over Binjimen Victor at the other.

The only other offensive position that listed co-starters was tight end, where Luke Farrell and Rashod Berry are separated with the “OR” designation. Day mentioned on the Big Ten teleconference however, that Farrell will get the starting nod when the offense takes the field against Oregon State.

On defense, the only starting position that lists co-starters is the defensive end spot opposite Nick Bosa, where Chase Young and Johnathon Cooper will apparently be battling for reps.

On special teams, Demario McCall and Johnnie Dixon are listed as co-starters as kick returners while either McCall or C.J. Saunders could start at punt returner.

You can view the entire week one depth chart here.