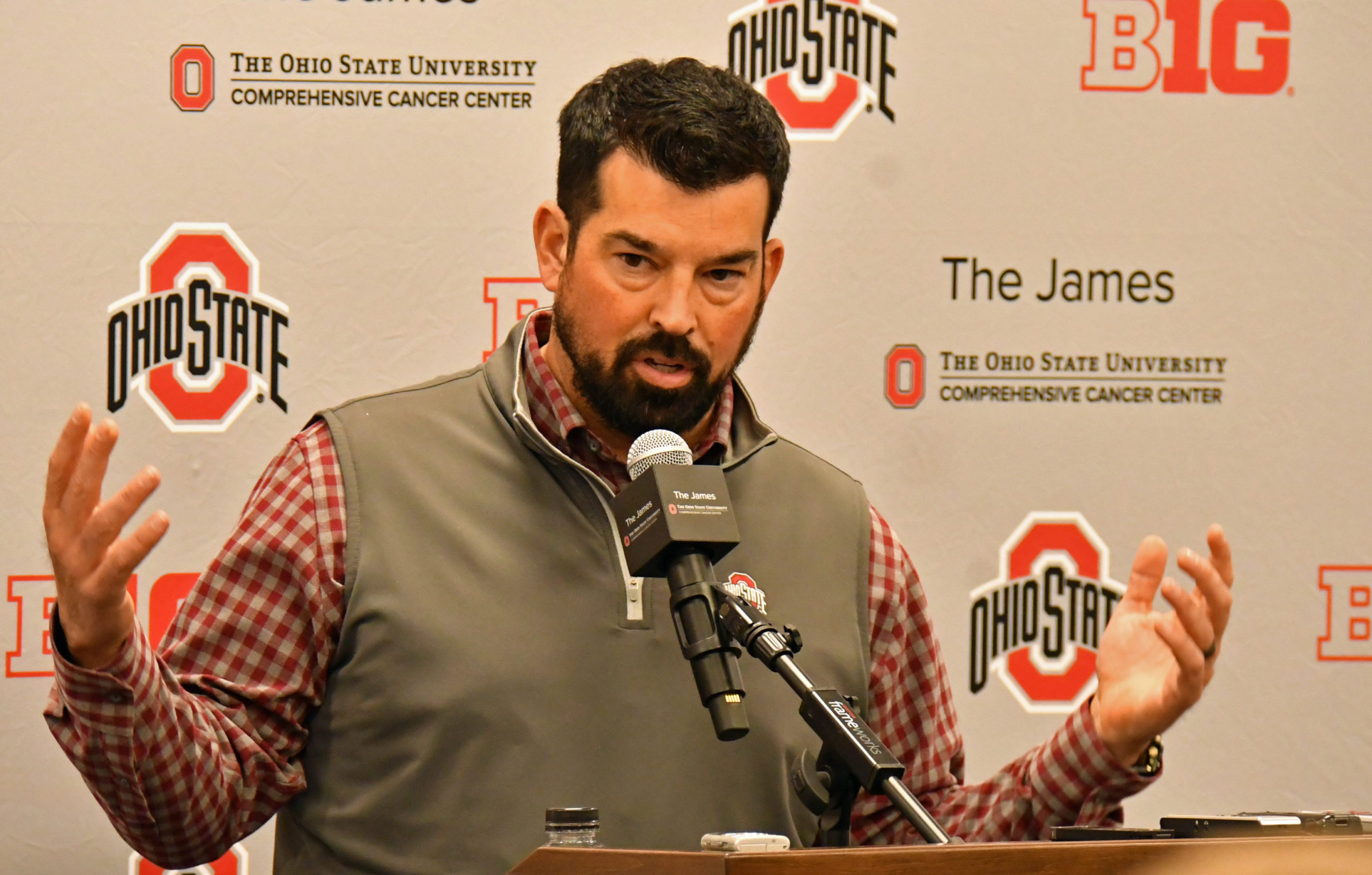 Following Ohio State’s loss to Michigan last Saturday, the playoff hopes for the Buckeyes appeared dead in the water, with wins by USC and TCU during championship week likely to eliminate Ohio State from contention in the College Football Playoff.

A week later, things have changed. USC fell to Utah in the Pac-12 Championship Game, eliminating the Trojans and opening up a spot for a fourth team, regardless of the result of TCU/Kansas State in the Big 12 Championship Game. Ranked at No. 5 in the most recent College Football Playoff rankings, that spot will likely be reserved for the Buckeyes.

“When you go through a few days where you think that maybe your whole season’s gone, and all of a sudden you start to build hope and then you start to see the opportunity where everything’s right out in front of you, it’s almost like a second lease on life,” Day said. “We’re very excited. There’s been a whole swing in the whole program here in the last 24 hours.

“There’s been a big swing in just the whole program, and so there’s a lot of excitement right now, and you get an opportunity to go play in this thing. You’re two games away from a national championship after feeling like a few days ago like your whole season was over.”

Day also credited Utah head coach Kyle Wittingham, who has more to do with Ohio State likely being in the playoff than anything done by the Buckeyes.

“I’ve got to give Kyle a lot of credit. I thought that Utah played really, really well there in the second half,” Day said. “And our guys really were looking for an opportunity to finish this thing the right way this season, and I think that opportunity is now in front of us.”

Assuming wins by No. 1 Georgia and No. 2 Michigan in their respective conference championship games, a win by TCU would likely send Ohio State to the Peach Bowl against the Bulldogs, while a loss by the Horned Frogs would likely result in a rematch between the Buckeyes and Wolverines in the Fiesta Bowl.

Day said there were no excuses for Ohio State’s 45-23 loss to Michigan, but also said the team is now looking forward to a likely playoff berth while looking to player looser and more aggressively.

“There’s been things that have happened in the past where teams have been able to rally,” Day said. “We spent our time focusing on the things that we didn’t do well, but by the end of the week, we were looking forward, and now we’re really looking forward.”