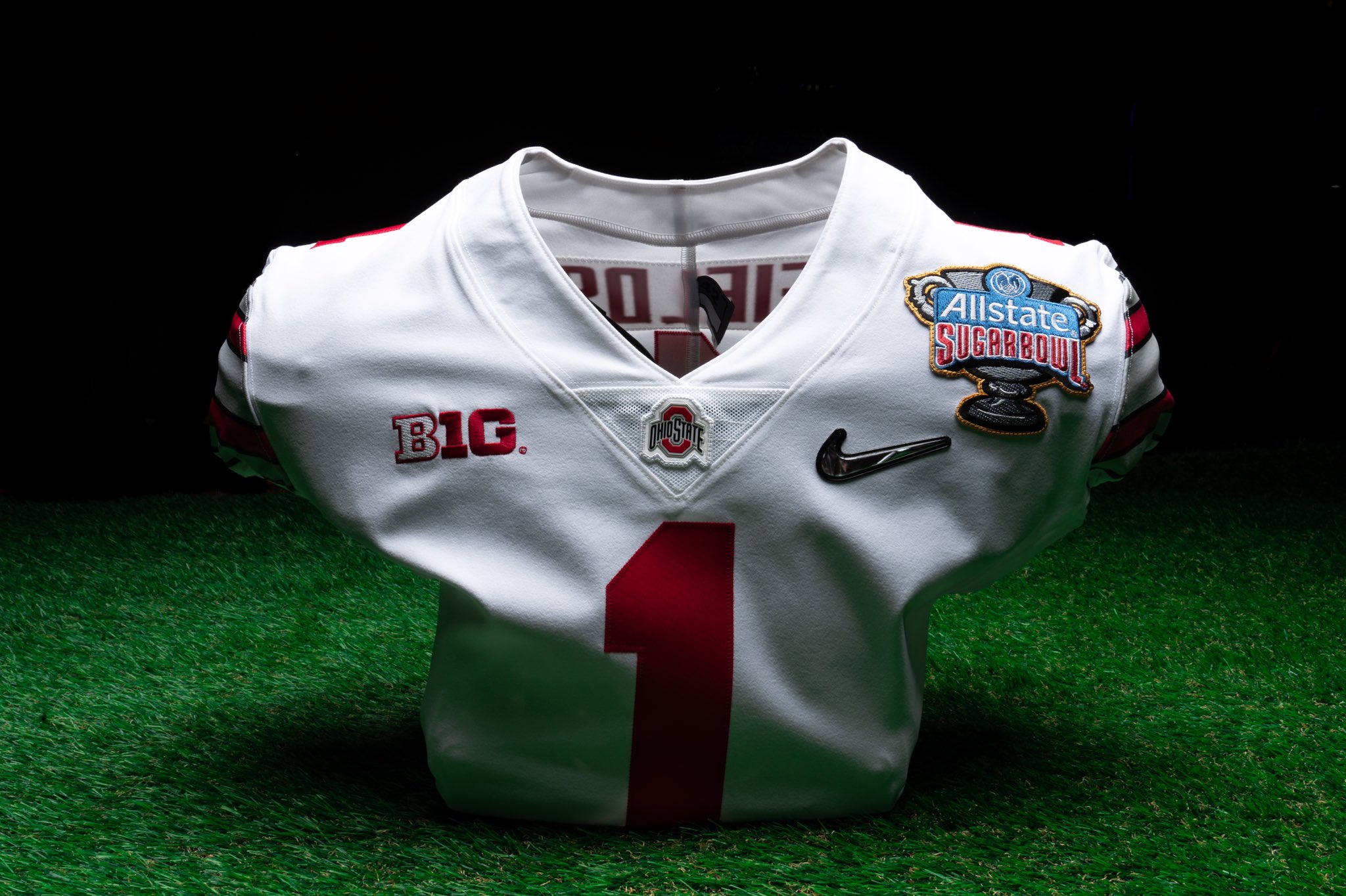 Just like it did in its first three College Football Playoff appearances, Ohio State will wear alternate uniforms in the Sugar Bowl against Clemson that pay homage to the 1968 national championship squad.

As the lower-ranked team, Buckeyes will be outfitted in the road version of the uniform, which includes modified Northwestern stripes on the sleeves, whereas the Tigers will wear orange from head to toe, as is customary for big games.

Ohio State hasn’t worn this uniform since a 31-0 loss to Clemson in the 2016 Fiesta Bowl, though the Buckeyes did knock off top-rated Alabama in the 2015 Sugar Bowl in these threads. The only difference between the 2015 and 2016 versions was the template and the color around the Diamond Quest Nike Swoosh, as it was originally outlined in scarlet, but has since been changed to black.

Ohio State has worn this jersey six times since it was unveiled, including the two games mentioned above, as well as at Virginia Tech and Michigan in 2015 and at Oklahoma and Penn State in 2016, though those games featured a standard scarlet Nike Swoosh. The Buckeyes went 4-2 in those games.

One additional — but subtle — change between the previous iterations and the one Ohio State will wear on Jan. 1 is that the athletics logo has replaced the Block “O” on the collar.