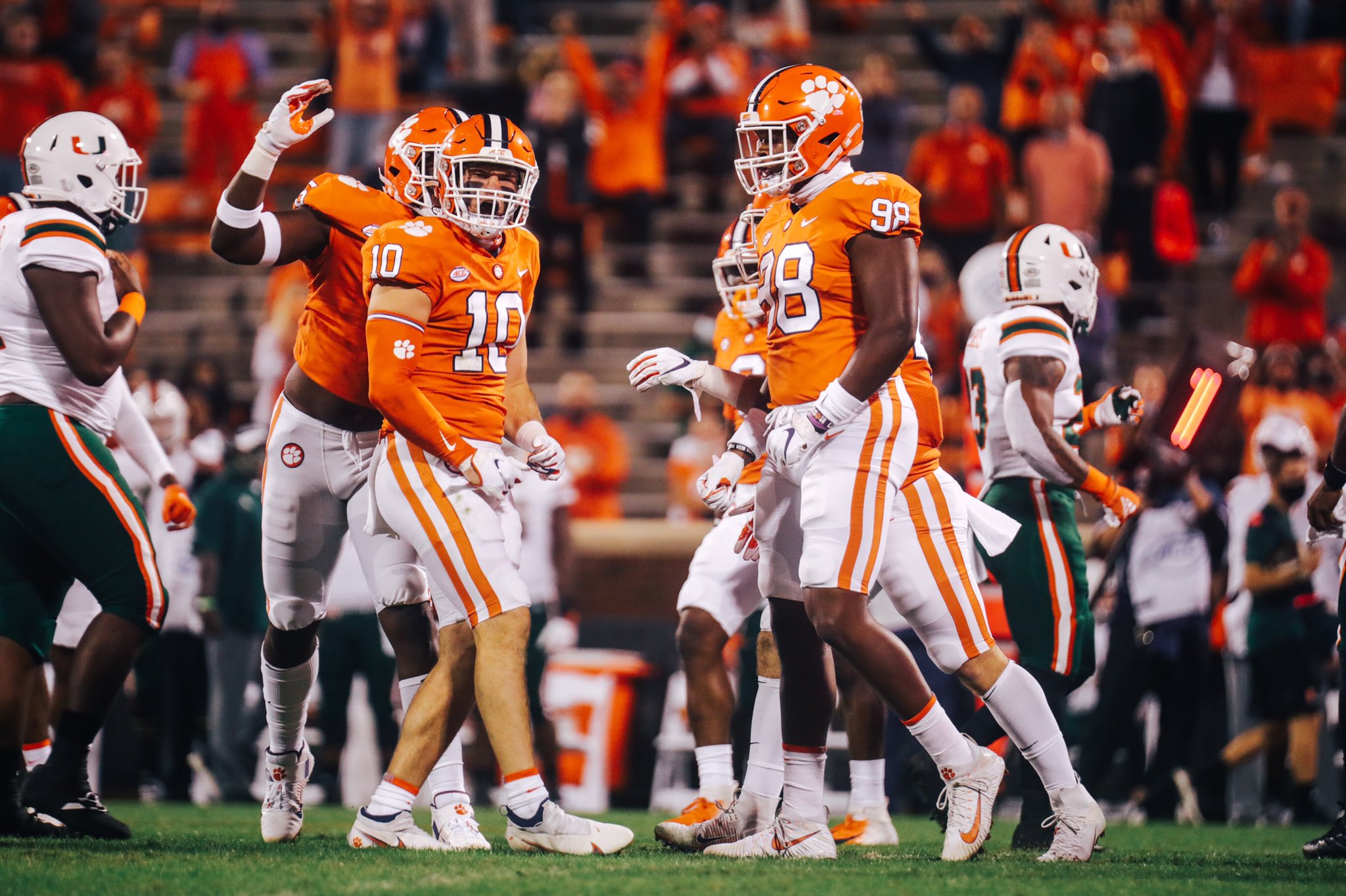 Several Clemson defensive players spoke to members of media via Zoom conference call on Dec. 28 ahead of the Tigers’ Sugar Bowl showdown with Ohio State in a College Football Playoff semifinals game Jan. 1.

Being back in playoffs?

Why did you choose Clemson?

How tough was it for junior defensive end Xavier Thomas to miss ACC Championship Game?

How are you feeling physically?

How to stop modern offenses?

What you missed or had to give up to get through protocols?

How tough is it to sit out the first half?

Splitting up reps in practice?

OSU has a lot of motivation from last year. How do you match that?

How critical is fifth-year senior linebacker James Skalski to stopping the run?

Tougher task to motivate yourself to be at the same level?

Who can step up in your absence?

Does prep change when Sermon ran for 300 yards?

Surprised by the physicality of OSU last year?

It was different. You’ve just got to understand the situation that we’re in. Be smart, wear a mask around your family. It’s different, but I’m thankful for the position we’re in given the circumstances.

Decision on returning next year?

What do you remember from last year’s matchup?

How different is bowl experience?

What is fifth-year senior LB James Skalski like away from the field?

Weird rules impacting how you get to know teammates?

Sunk in that you’re a Freshman All-American and playing in the CFP?

What did your older teammates tell you about facing Justin Fields?

How often will you hear from defensive coordinator Brent Venables to set the edge?

How much were you looking forward to this game watching it last year?

How much tougher is a freshman year during COVID-19 pandemic?

What are sacrifices you’ve had to make?

Confidence in defense because of defensive coordinator Brent Venables?

What stands out about OSU film?

Harder for players at other schools that were less successful having more difficulty staying focused with COVID?

Have the COVID restrictions been stressful?

Important for D-line to set tone?

Advantage or disadvantage to play more or less games?

What impresses you most about OSU’s offensive line?

No fans, being able to communicate on field?