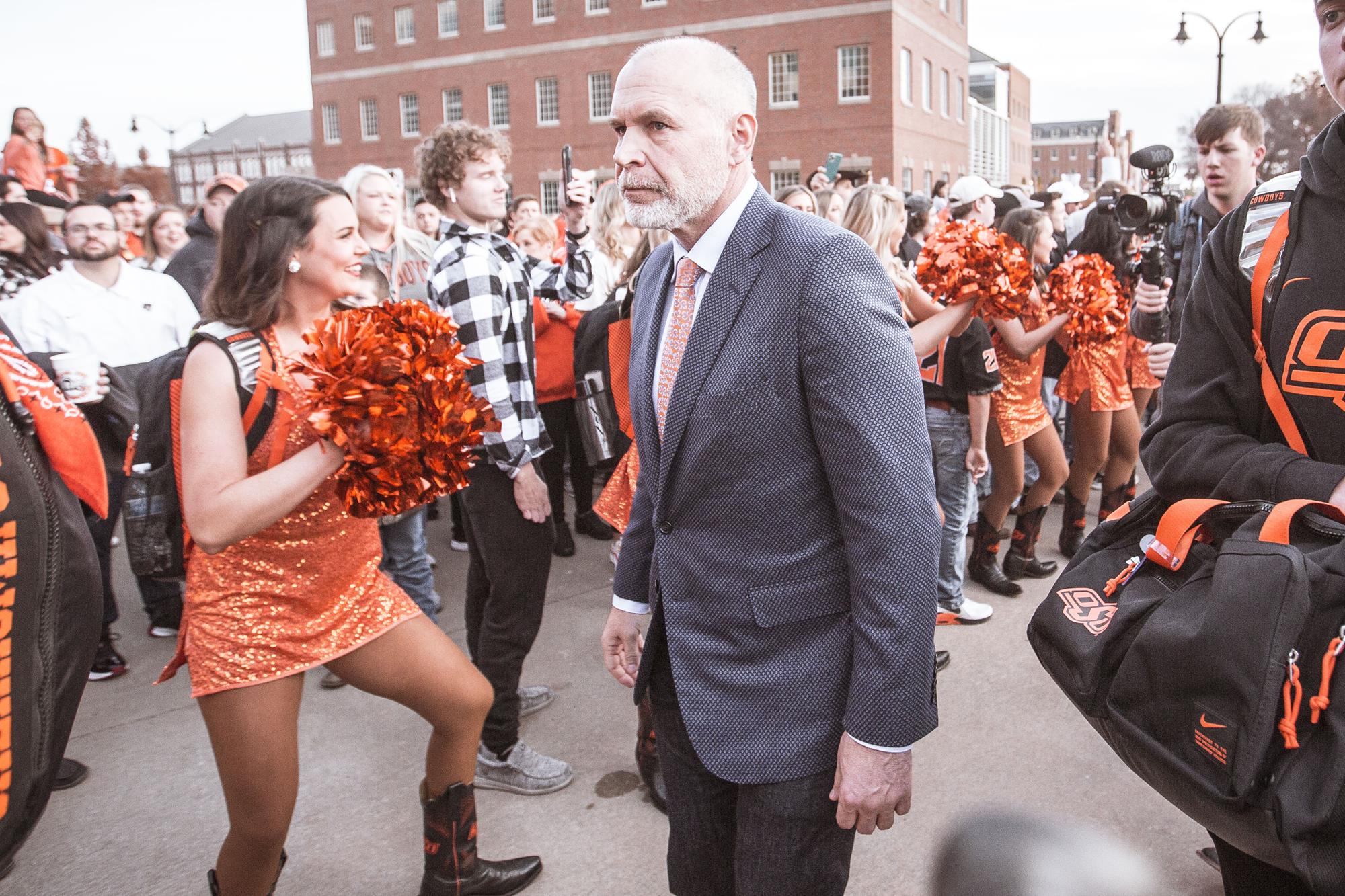 After days of rumors, Ohio State has confirmed what was all but known – the Buckeyes will be plucking Jim Knowles away from Oklahoma State as its next defensive coordinator, with his term beginning on Jan. 2 after both programs have competed in their respective bowl games. The university released a statement from head coach Ryan Day confirming the move.

“I have offered a position on the Ohio State football staff to Oklahoma State University defensive coordinator Jim Knowles and he has accepted it,” Day said. “Starting Jan. 2, Knowles will be the Buckeyes’ new defensive coordinator. What is most important at this time is that we put our players in the best position possible to finish this season with a win in the Rose Bowl. To that end, we will continue our planning and preparation for the game with our current staff of 10 assistant coaches.”

As alluded to, Ohio State will not be making any staff changes until after it has played out the remainder of its season with a final matchup against Utah slated for the Rose Bowl Jan. 1. Knowles, meanwhile, will remain with Oklahoma State as it prepares for and matches up with No. 5 Notre Dame in the Fiesta Bowl, also on the first day of the new year.

A native of Philadelphia, Knowles has spent the last three seasons with Oklahoma State, and rode a diverse scheme to one of the nation’s best defenses this season. He came to the Pokes by way of Duke, where he spent seven seasons under David Cutcliffe coordinating the defense and coaching linebackers. He was the head coach at Cornell for five seasons before that.

Knowles spoke today at the Broyles Award announcement as one of the finalists for the honor, which goes to the nation’s best assistant coach. Though the award went instead to Michigan’s Josh Gattis, Knowles spoke of how much football means to him.

“Between those white lines, on that gridiron, on that field, that’s my church,” Knowles said. “I got to tell you, that’s my church. That’s where I learned from all of these coaches, I learned how to believe in something greater than myself, to have faith, to have hope, to be committed and to be of service.

“And I will spend, and I have spent, and I will continue to spend the rest of my life just trying to give back some of that that I got, that was given to me freely. I’m gonna try to keep giving that away, and it’s a beautiful thing. It’s not a job. It’s a vocation. And if that’s my church, then being here today with these guys, the best in the business, with the legacy passed forward by other assistant coaches, to have my name somewhere in the realm with Coach (Frank) Broyles – that’s my church, this is my Christmas.”