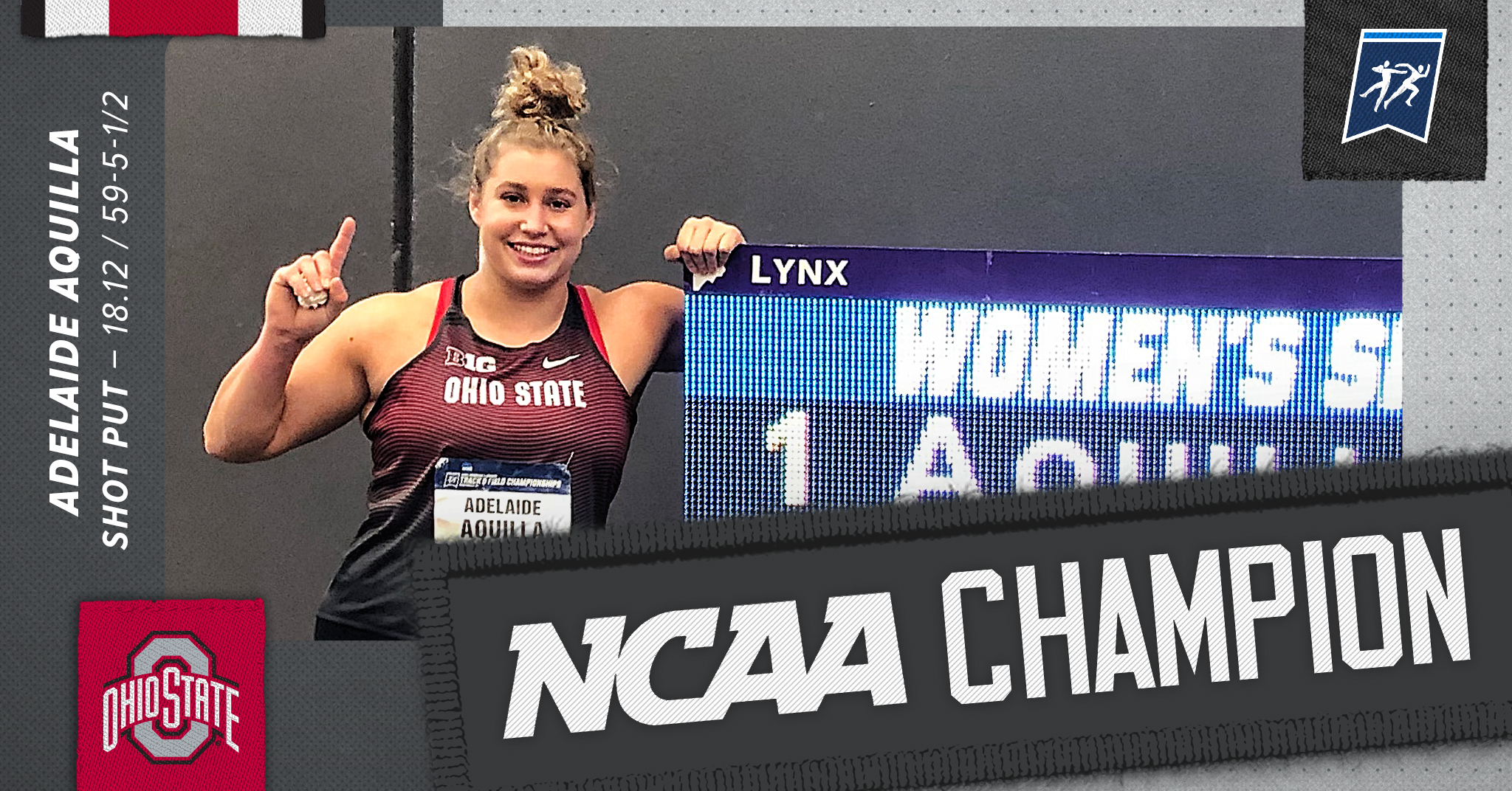 The Buckeye drew sector fouls on her first two throws, but reached the title-clenching 18.12m mark on her fourth throw, which was more than enough to edge out the field. Arizona’s Samatha Noennig finished second with a 17.69m throw, followed by Jordine Van Klinken from Arizona State (17.56m), Essence Henderson from Virginia Tech (17.36m) and Akealy Moton from North Dakota State (17.31m).

“I was throwing more aggressively than last week, so my coach and I made a small adjustment in the ring,” Aquilla said of the penalty throws. “(Throws coach Ashley Kovacs) helped me get lined up and I decided I was going to go for it.”

The victory completes a dream season for Aquilla, a former walk-on to the program that also took the shot put title in the Big Ten and was honored as the Big Ten Conference’s Indoor Field Athlete of the Championships.

“I’m happy with how the season has turned out,” Aquilla said. “Obviously, it wasn’t guaranteed that we would even have a season, but to be able to compete at this level and win is amazing.”

Her improvement from her freshman season to now stood out to her coach.

“It is truly astonishing how far she has come,” Kovacs said. “I’m not sure anyone has had a more humble beginning (as a collegiate athlete) than what Adelaide has had. She has had a full belief in herself and in our program and she has kept fighting and working.”

She’s the sixth Ohio State women’s track and field athlete to win an indoor national championship and the first since 2019, when Sade Olatoye won the weight throw and Julia Rizk won the mile. Before that, Ohio State’s last women’s champion came prior to the current coaching administration, back in 2012 with Christina Manning (60m hurdles), who was Ohio State’s first champion in 11 years at the time.

She’s the second Buckeye to claim a title in shot put, following Dan Taylor, who won it in 2004 on the men’s side.