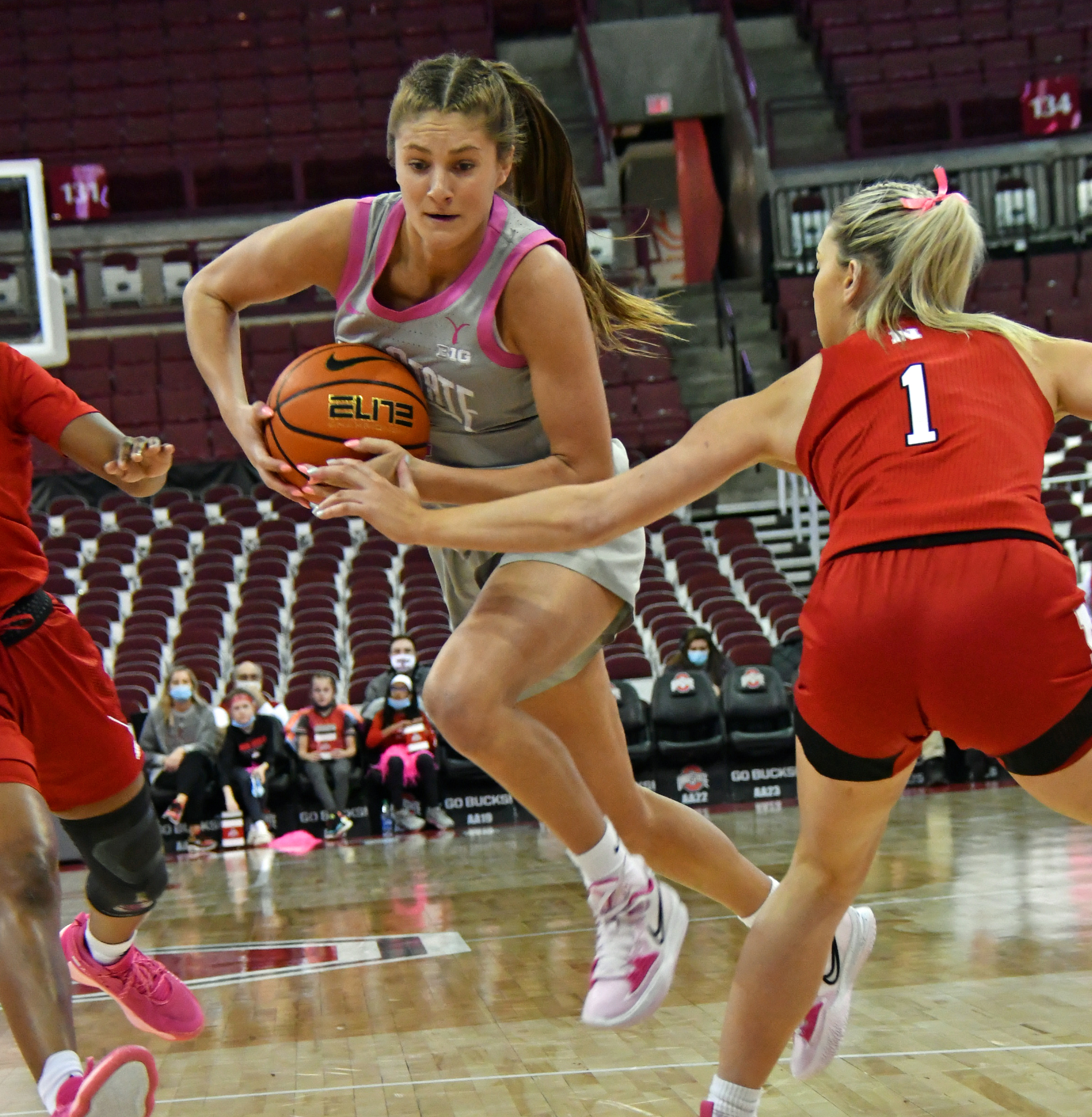 Even when Nebraska looked to be taking control, it was senior guard Taylor Mikesell who helped steady the Buckeyes, providing points at pivotal moments throughout the contest and helping Ohio State fight off an early deficit.

The Buckeyes found themselves down early, 7-5 just over three minutes into the game, but it was once again senior guard Taylor Mikesell who helped Ohio State over the hump, knocking down triples on consecutive possessions to give the Buckeyes an 11-7 lead.

Mikesell finished the game 5 of 8 from beyond the arc and ranked first in the country in 3-point shooting percentage at 49.7 percent on eight attempts per game.

After regaining the lead, the Cornhuskers closed the first quarter on a 15-8 run, taking advantage of 7-of-11 shooting down the stretch to lead 22-19 at the end of the first frame.

The Buckeyes then forced a turnover and a missed shot on Nebraska’s final possessions of the half to lead 36-31 going into the break.

The Cornhuskers stuck around early in the third, at one point making it a four-point game, 40-36, but the rock once again went to Mikesell, who knocked down 3-pointers on consecutive possessions (sandwiched around a triple from Nebraska) to give the Buckeyes a 46-39 lead. She later hit a jumper with 5:04 remaining to give Ohio State a 50-41 lead, its largest of the game to that point.

The Buckeyes then did not score a basket for over three minutes, but despite that, they still took a 59-46 lead into the fourth after late triples from senior guard Braxtin Miller and Mikesell. The fourth was more of the same, as the Cornhuskers never got the deficit to fewer than nine points in Ohio State’s 80-70 win.

The Buckeyes shot 46.4 percent from the field while holding the Cornhuskers to just 33.8 percent, including 6 of 23 (26.1 percent) from beyond the arc.

Ohio State will head on the road next to take on Illinois on Monday. The tip is set for 9 p.m. on Big Ten Network.