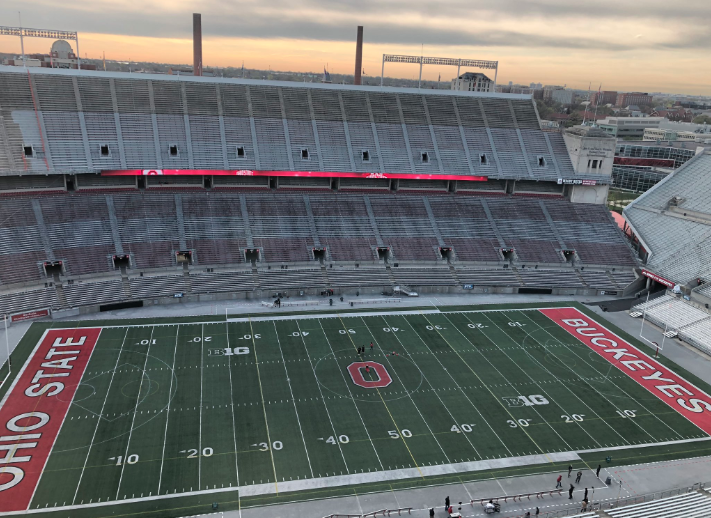 COLUMBUS, Ohio — A new era of Ohio State football gets underway as first-year head coach Ryan Day caps his first spring camp Saturday when he leads the team into day 15 with the spring game at noon on Big Ten Network.

The annual scrimmage for the Buckeyes features the Scarlet against the Gray, setting matchups between the first-team offense and defense, followed by the second-team units.

Beyond the “thud” structure of the contest, which will prevent tackling to the ground, OSU is slated for 10-minute quarters with a running clock in the second half.

Among the storylines, the quarterback competition between sophomore Justin Fields and redshirt freshman Matthew Baldwin headlines the position battles to have highlighted spring camp.

Aside from the action on the field, legendary running back and 1995 Heisman Trophy winner Eddie George (1992-95) returns to the Horseshoe sidelines as the game’s honorary captain.

During the first timeout of the first quarter, two first-team All-Americans from the 2018 squad, defensive tackle Dre’Mont Jones and center Michael Jordan, will be honored at midfield.

On the trail, OSU’s visitors for the spring game are slated from majority of the 2019 signees to top targets in the 2020 class, as well as priority prospects across the 2021 and 2022 cycles.

For live updates, head to BSB’s forum, chatting about the spring game as its action unfolds in the official thread.