It’s been nearly five months since Ohio State’s last game in the Horseshoe — a 62-39 demolition of rival Michigan — so this weekend’s Spring Game will provide some relief for that football itch you’ve been dying to scratch.

Quarterbacks Justin Fields and Matthew Baldwin will start the afternoon on the Gray team, but are among the candidates to play on both sides as their battle for the starting position rages on.

“We’ll have several guys with double jerseys, so we’ll kind of move them back and forth a little bit,” Day said. 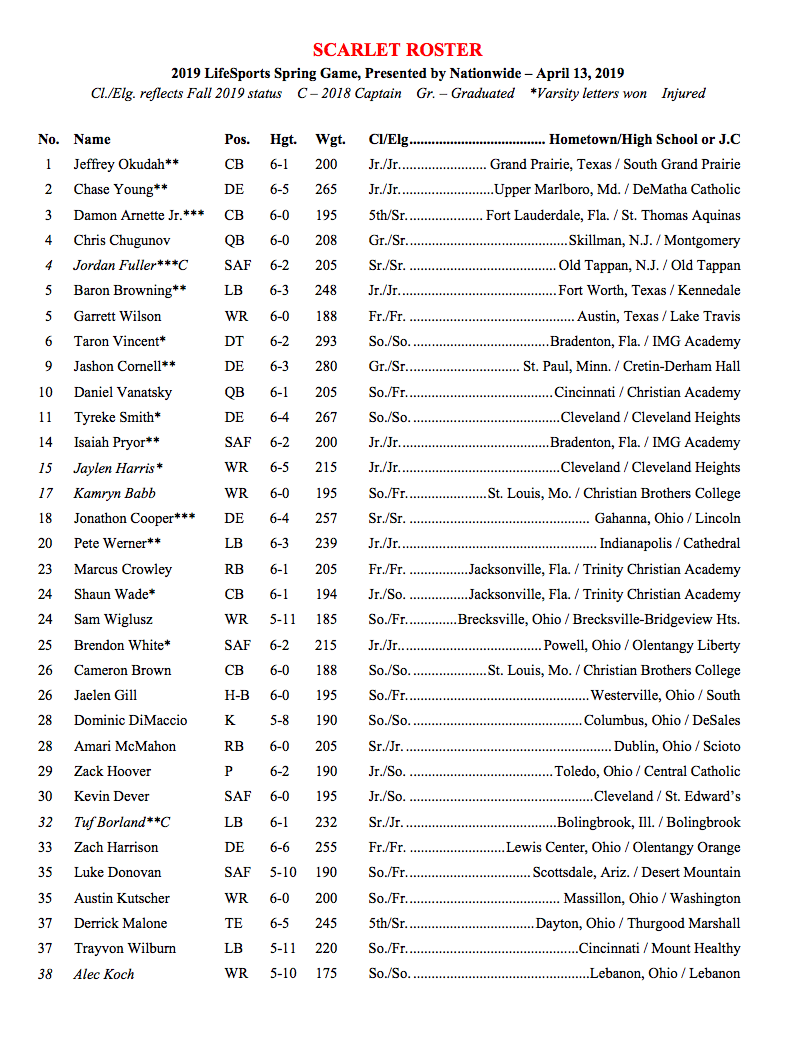 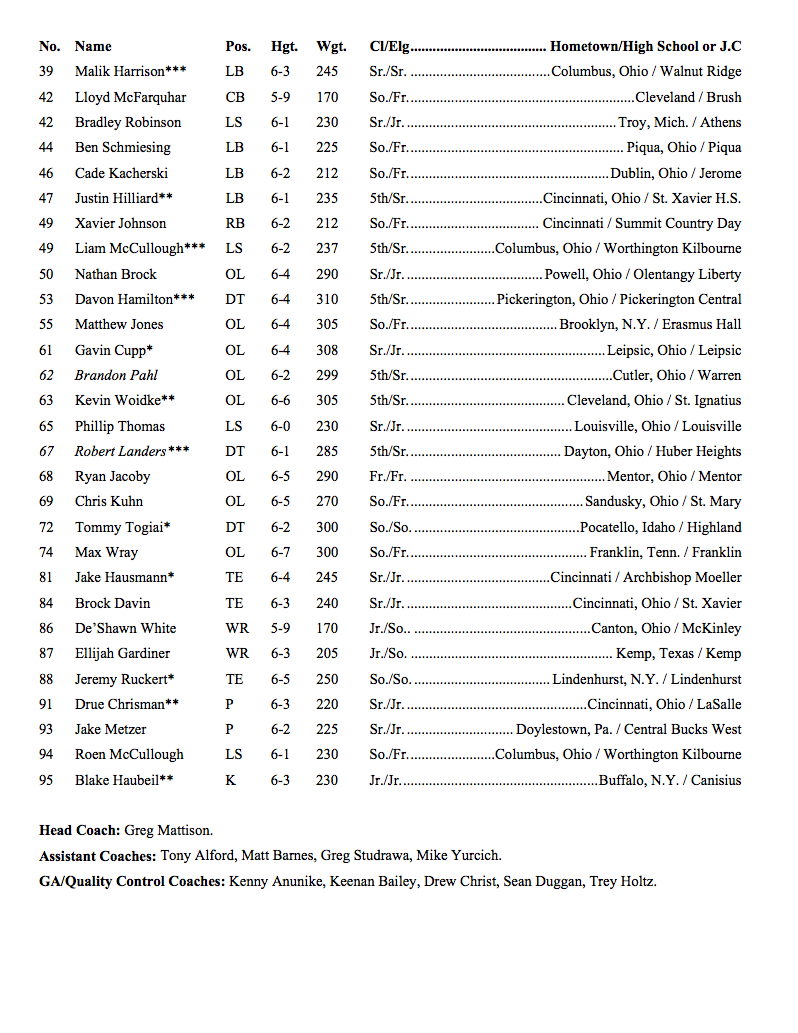 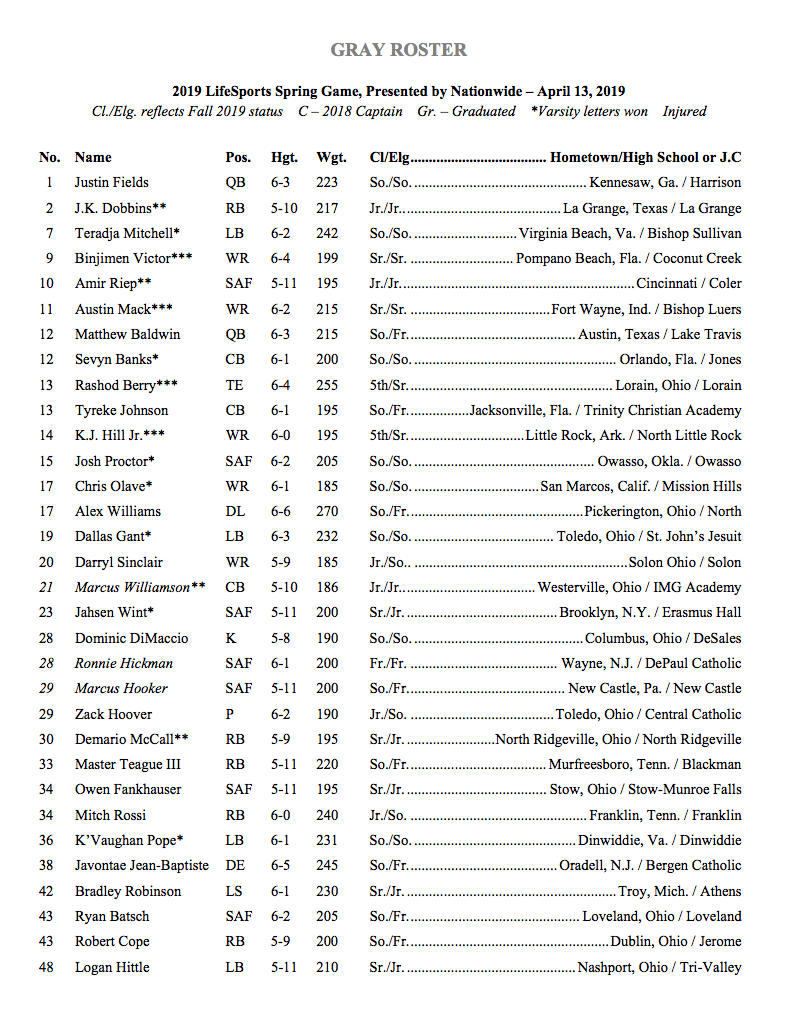 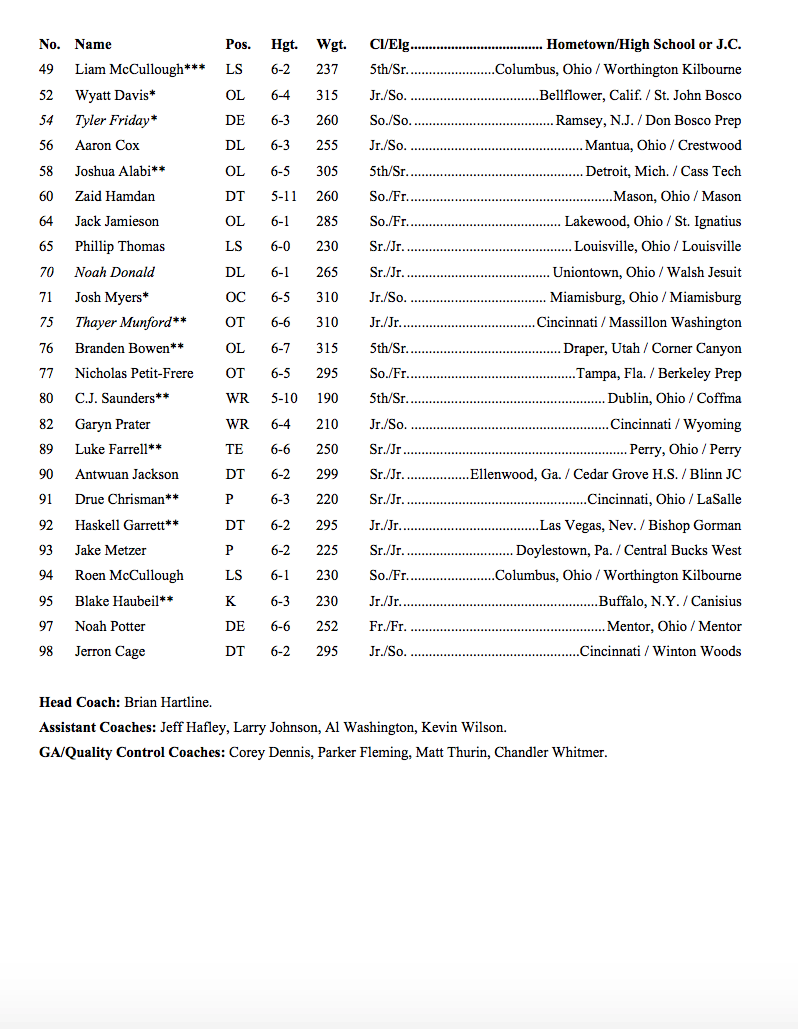 Ohio State’s Spring Game will be held Saturday at noon in Ohio Stadium. Tickets are still available, though only a limited number remain due to ongoing stadium construction.