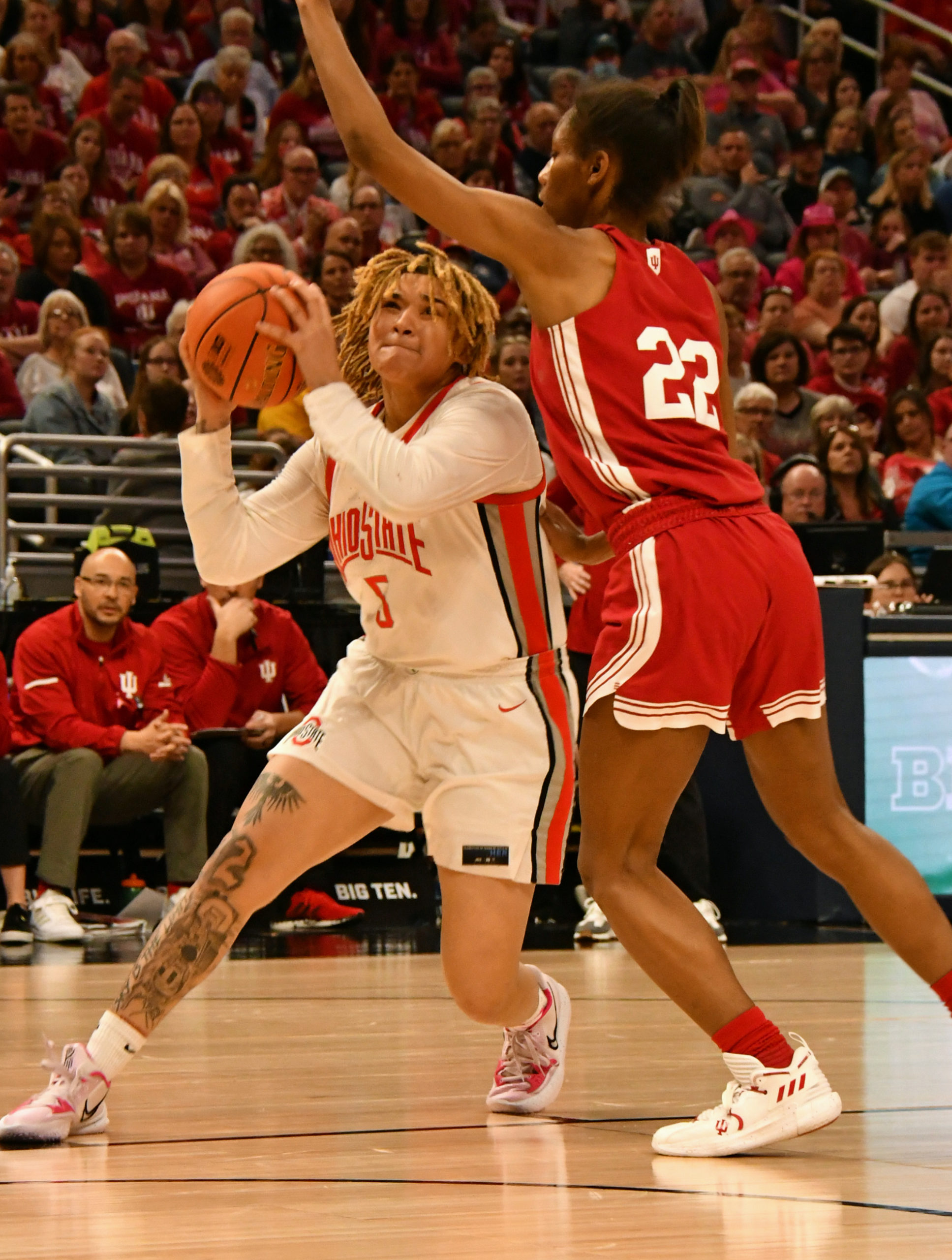 Ohio State sophomore guard Kateri Poole announced Monday that she has entered her name into the transfer portal.

“First and foremost I would like to thank the fans, and the coaching staff, for the countless support and the opportunity to play against the best in the country,” Poole said in a statement posted on Instagram. “I would also like to thank my teammates for all the memorable moments, and everlasting relationships we hold. I want to thank God for keeping me on my feet and guiding me through it all. My friends and family, thank you for always belting in me and being there every step of the way. With that being said, I have decided to enter the transfer portal to seek a better opportunity.”

Poole is a former five-star prospect out of Bronx, N.Y., and was ranked as ESPN’s 24th overall prospect in the 2020 class. She played sparingly in her freshman season before starting the final five games of the year, averaging 10.8 points, 3.4 rebounds and 4.8 assists across those contests.

Poole was set to begin this most recent season backing up junior guard Madison Greene at point guard, but a season-ending injury to Greene just days before the season began thrust Poole back into the starting lineup.

After coming off the bench for Ohio State’s season opener against Bucknell, she started the next 13 games for the Buckeyes, averaging over 20 minutes played, 7.2 points, 3.5 assists and 3.6 turnovers per game.

She then suffered an injury in a win over Northwestern on Jan. 9, and Poole missed the next four games. She returned to action against Michigan on Jan. 27, but she did not start a game for the remainder of the season as junior guard Jacy Sheldon took over duties at point guard.

In just eight minutes of action against Michigan State on Feb. 27, Poole hit two 3-pointers to help lift the Buckeyes over the Spartans and secure a share of the Big Ten regular-season championship. She finished the season averaging 16.1 minutes and 4.8 points per game.

Ohio State figured to have a logjam at point guard next season with Greene returning and Sheldon having extensive experience at the position. Overall, the Buckeyes are a guard-heavy team, as redshirt sophomore Rikki Harris and freshman guard/forward Taylor Thierry also figure to factor into the starting lineup next season.

They are also awaiting a decision from senior guard Taylor Mikesell on whether to enter the WNBA Draft, as she would certainly slot into the starting lineup if she were to return.