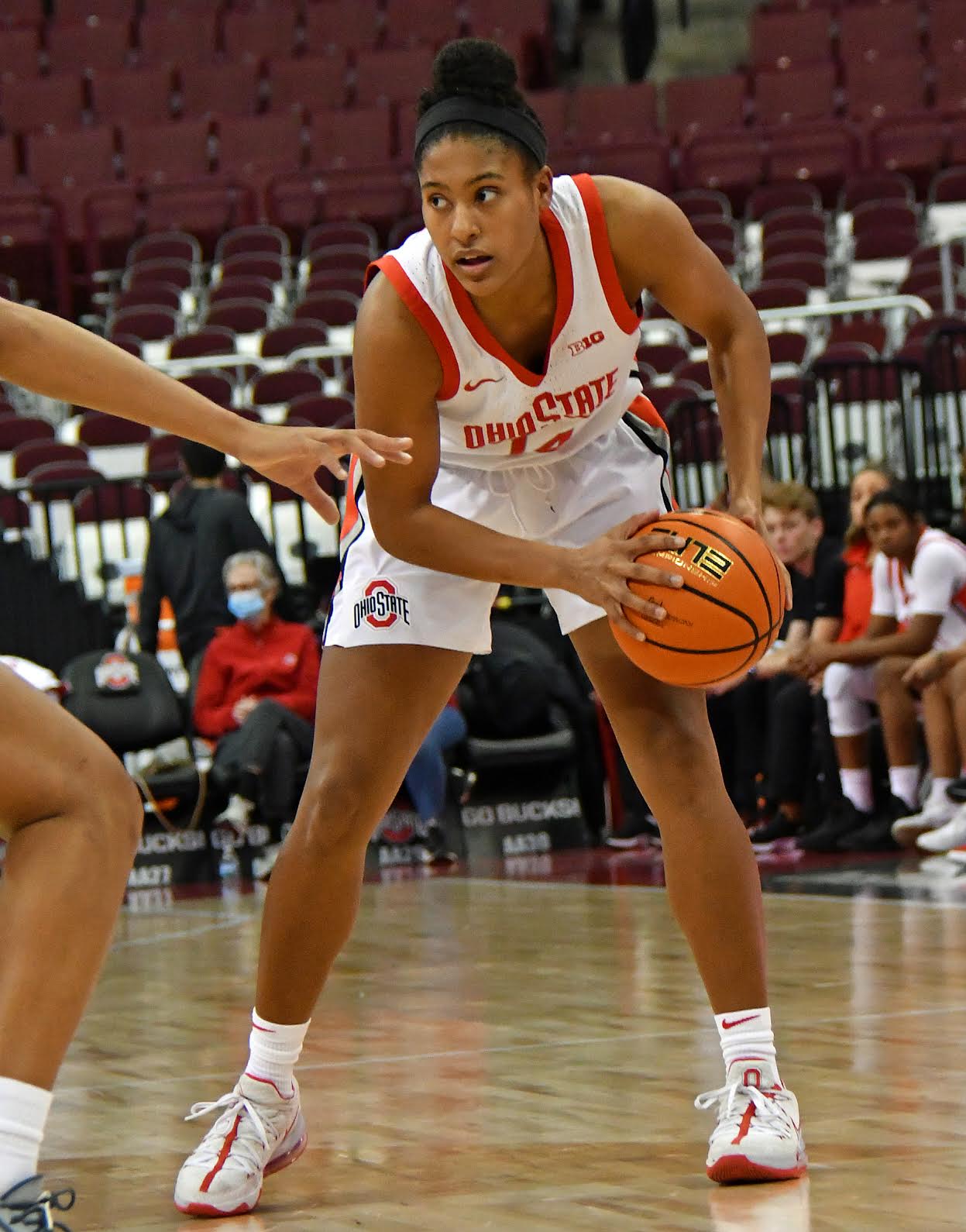 Value City Arena will be the site of an offensive shootout, as both Maryland and Ohio State boast some of the nation’s best offenses. The Buckeyes check in at 83.6 points per game, good for fourth nationally, while the Terrapins are scoring 81.3 points per game, seventh in the country.

Meanwhile, defense will be in short supply as both teams rank in the bottom half of points allowed per game, with the Buckeyes allowing 64.8 and the Terrapins allowing 67.9.

“Transition defense is going to be huge,” Ohio State head coach Kevin McGuff said. “They’re really, really good up the court. Our ability to defend the three, as well. We’re not real big so post defense is always a concern, but I think specifically on defense, those would be the biggest things. Then finishing off possessions with rebounds will be probably as important as anything.”

Another key for Ohio State will be avoiding turnovers, of which the Buckeyes commit nearly 15 per game. Maryland, meanwhile, steals the ball nearly 10 times per game.

“We can’t give up easy points. Getting back in transition, it’s twofold. One, off of a missed shot it’s one thing but probably the more important thing is to take care of the ball, because they’re as good as anyone in the country at taking live ball turnovers and turning them into points,” McGuff said. “They have a 1-2-2 press that has been really effective for them. If we turn it over against that, they’re going to score.”

The Buckeyes are expected to be without sophomore guard Kateri Poole, who McGuff said Wednesday is still day-to-day with a shoulder injury suffered in Ohio State’s win over Northwestern on Jan. 9.

Redshirt sophomore guard Rikki Harris will likely continue filling in as she has for the past two games with Poole out.

“I believe we can score with the best of them,” Harris said. “As long as we can play defense and hold them to not scoring as much as they normally will, we’ll be fine.”

Maryland will also be without head coach Brenda Frese as she mourns the death of her father, William “Bill” Frese. Associate head coach Karen Blair will fill in for Frese, and she previously served as head coach during two exhibition games earlier this season.

The game will tip off from Value City Arena at 6 p.m. and can be watched on Big Ten Network.