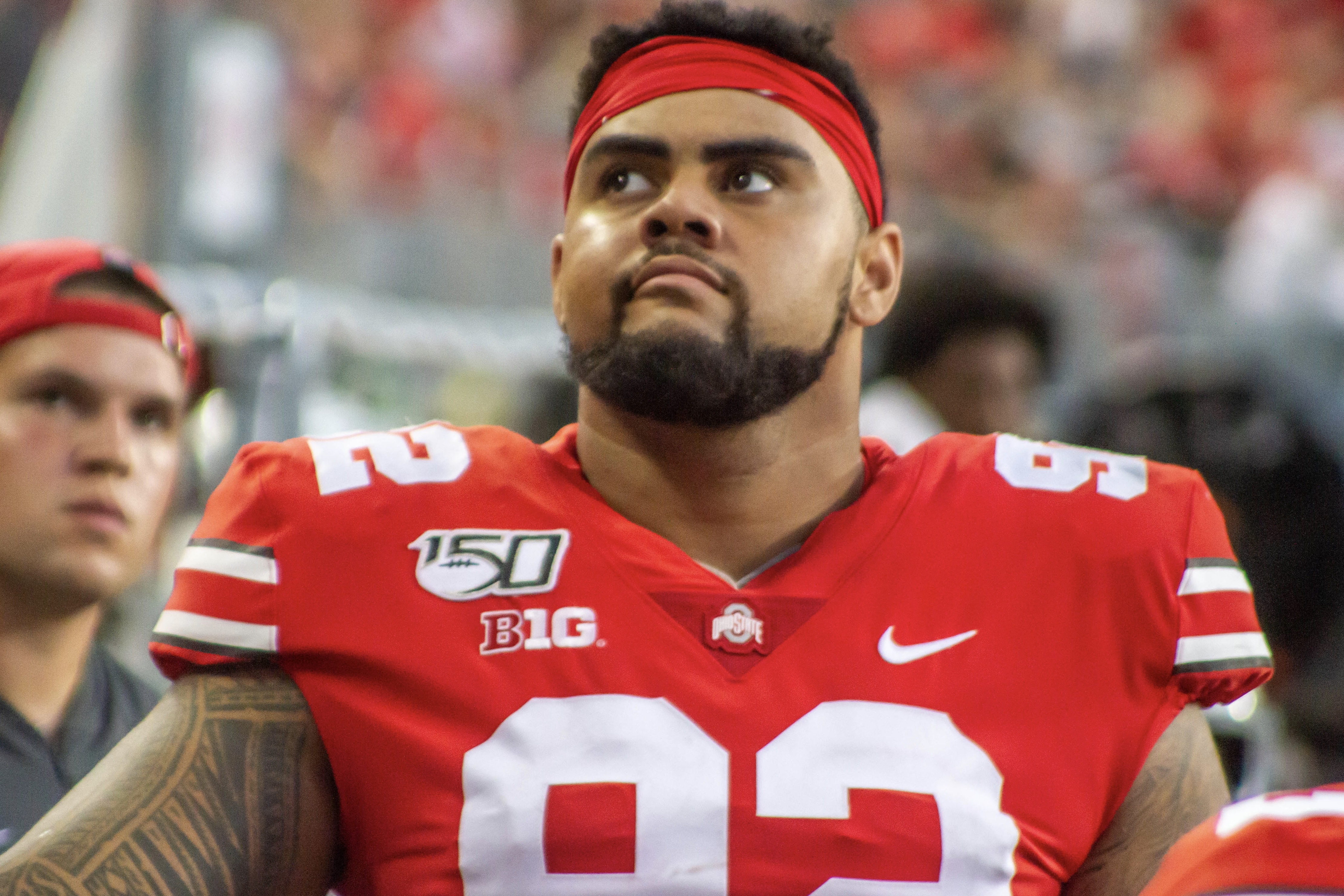 Ohio State senior defensive tackle Haskell Garrett is reportedly in stable condition after being shot early in the morning of Sunday, Aug. 30 near campus.

Officers found blood in the street and a shell casing near the blood. The police found Garrett with a through and through gunshot wound to the cheeks on his face after following a blood trail to an apartment on East 11th Avenue

After being found by police, Garrett was taken to Ohio State University Medical Center in stable condition. No additional details were included in the release.

Columbus Police are looking for tips in the shooting investigation.

*As local & national media have been reporting, the victim is an @OhioState football player. Please contact detectives with tips on the case NOT media inquiries.

No other info will be released today.

On Monday, Ohio State head coach Ryan Day issued a statement saying that Garrett “has been receiving excellent care” and that he is expected to be released from the Wexner Medical Center on Monday morning.

“On behalf of his family and this football program, we would like to thank all those who have been a part of Haskell’s treatment and we are grateful that he will be heading home today,” Day said in the statement. “We will continue to help him and his family any way we can to expedite his recovery.”

A former Las Vegas Bishop Gorman standout, Garrett was expected to start for the Buckeyes prior to the cancellation of the season. Garrett totaled 10 tackles (five solo) and 2.5 tackles for loss in 11 games in 2019.

This story was updated at 11 a.m. Monday to include a statement from Day.