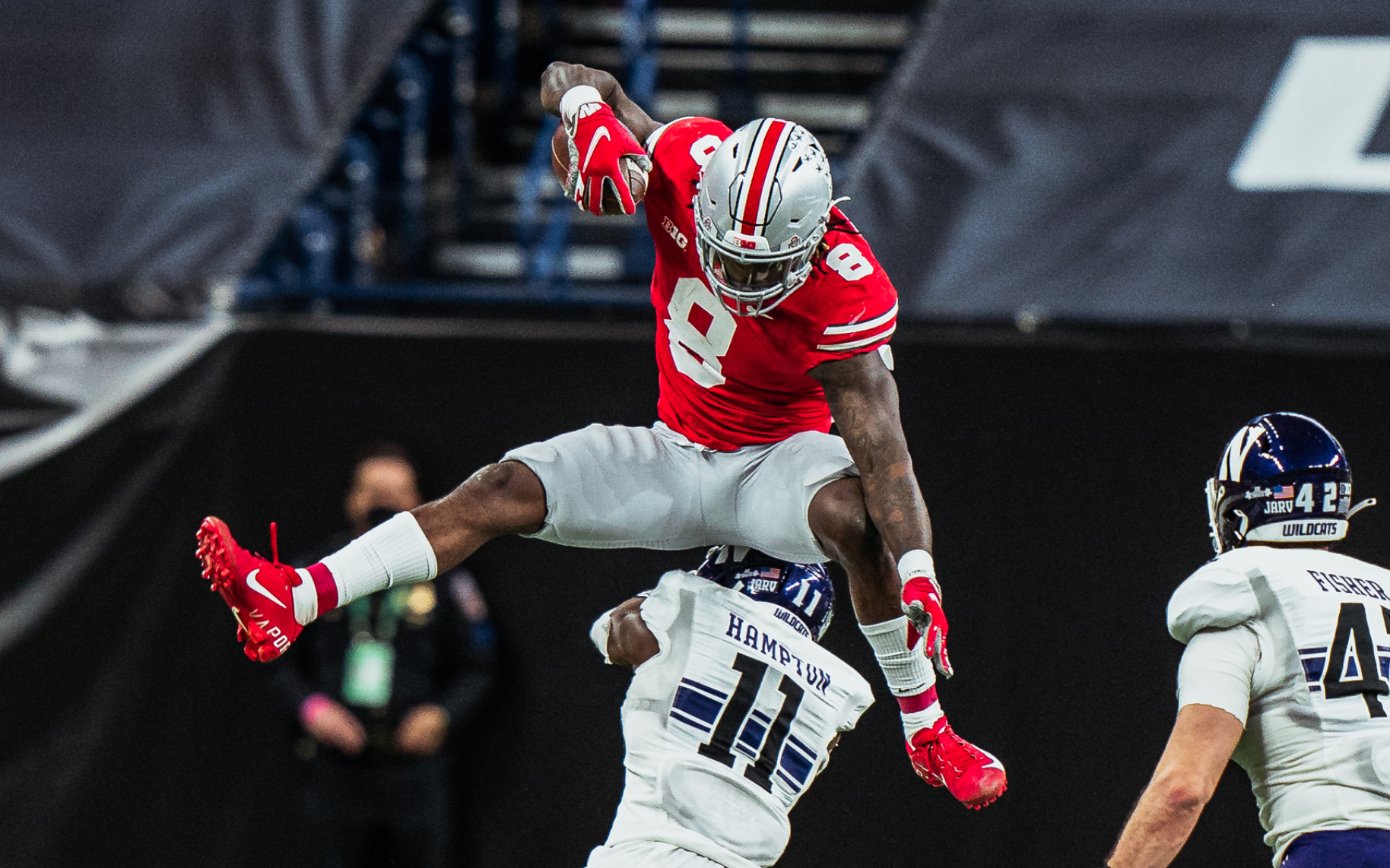 Unexpected after his performances in the Big Ten Championship Game victory over Northwestern and Sugar Bowl win against Clemson, Ohio State senior running back Trey Sermon announced on Sunday he will forgo his extra year of eligibility and enter the 2021 NFL Draft.

Sermon, a graduate transfer from Oklahoma, rushed for 870 yards and four touchdowns in his lone season with the Buckeyes, including a school single-game record 331 yards and two scores against the Wildcats. He followed that up with 193 yards and one touchdown against the Tigers, bringing to mind former Ohio State running back Ezekiel Elliott’s three-game run to the national title during the 2014 season.

Unfortunately, Sermon was injured on the first play from scrimmage in the College Football Playoff title game against Alabama and missed the remainder of the game. The final image of him with the Buckeyes is him walking to the locker room, unable to move his left arm above his head, before he headed to the hospital for further evaluation.

Ohio State’s running back room will be quite full despite Sermon’s departure, with sophomores Master Teague and Marcus Crowley and freshmen Steele Chambers and Miyan Williams all returning. The Buckeyes are also bringing in five-star TreVeyon Henderson and four-star Evan Pryor as part of their 2021 recruiting class.