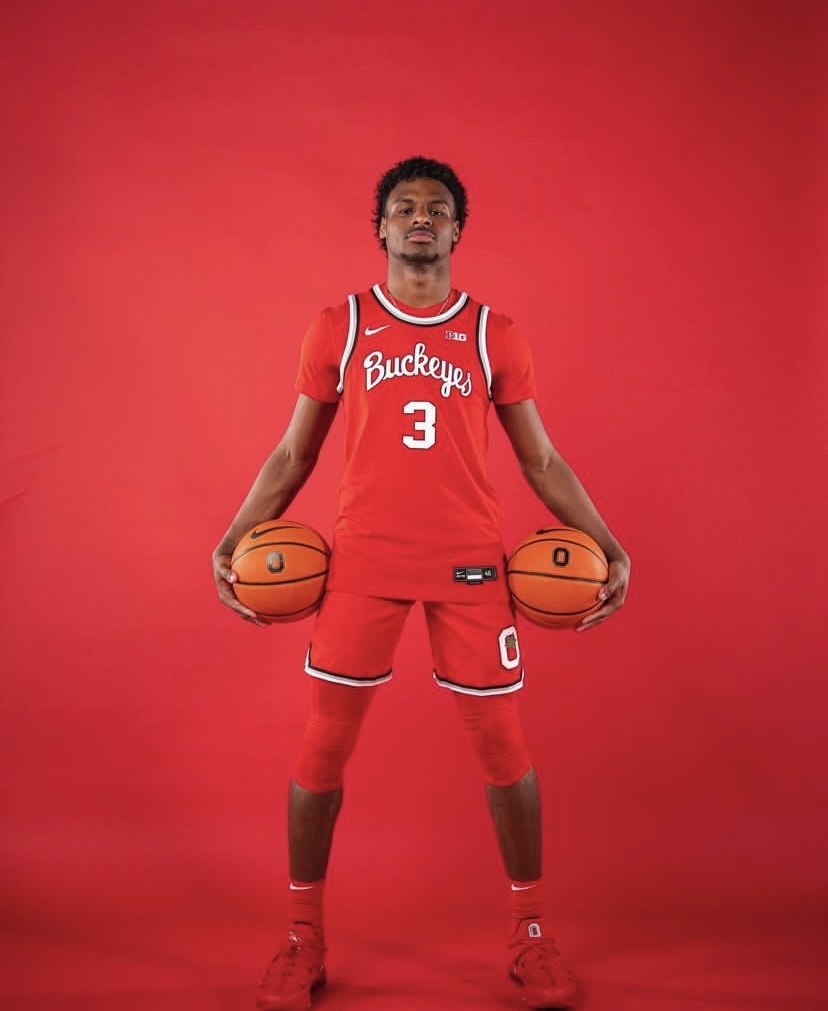 James’ recruitment has been largely kept under wraps until this point, however, he did take an unofficial visit to Ohio State on Sept. 3, taking in the football team’s season-opener against Notre Dame with his father. Other schools in the mix for James include Oregon and USC, according to Evans. The report also notes that James will make his decision following the conclusion of Sierra Canyon’s season.

James has received reported offers from Ohio State, Memphis and USC, according to 247Sports. He is the No. 36 overall recruit and No. 11 combo guard in the nation.

“James’ 6-foot-3 frame has filled out nicely and he’s added some pop on drives to the rim through traffic or in transition,” 247Sports recruiting analyst Eric Bossi said in 2022. “One of his strengths is his ability to make catch and shoot jump shots and he is a fantastic passer. James gives good effort on the defensive end where he plays with toughness and versatility. There are times where he can be a bit passive on the offensive end, but overall he has made positive strides as a junior.”