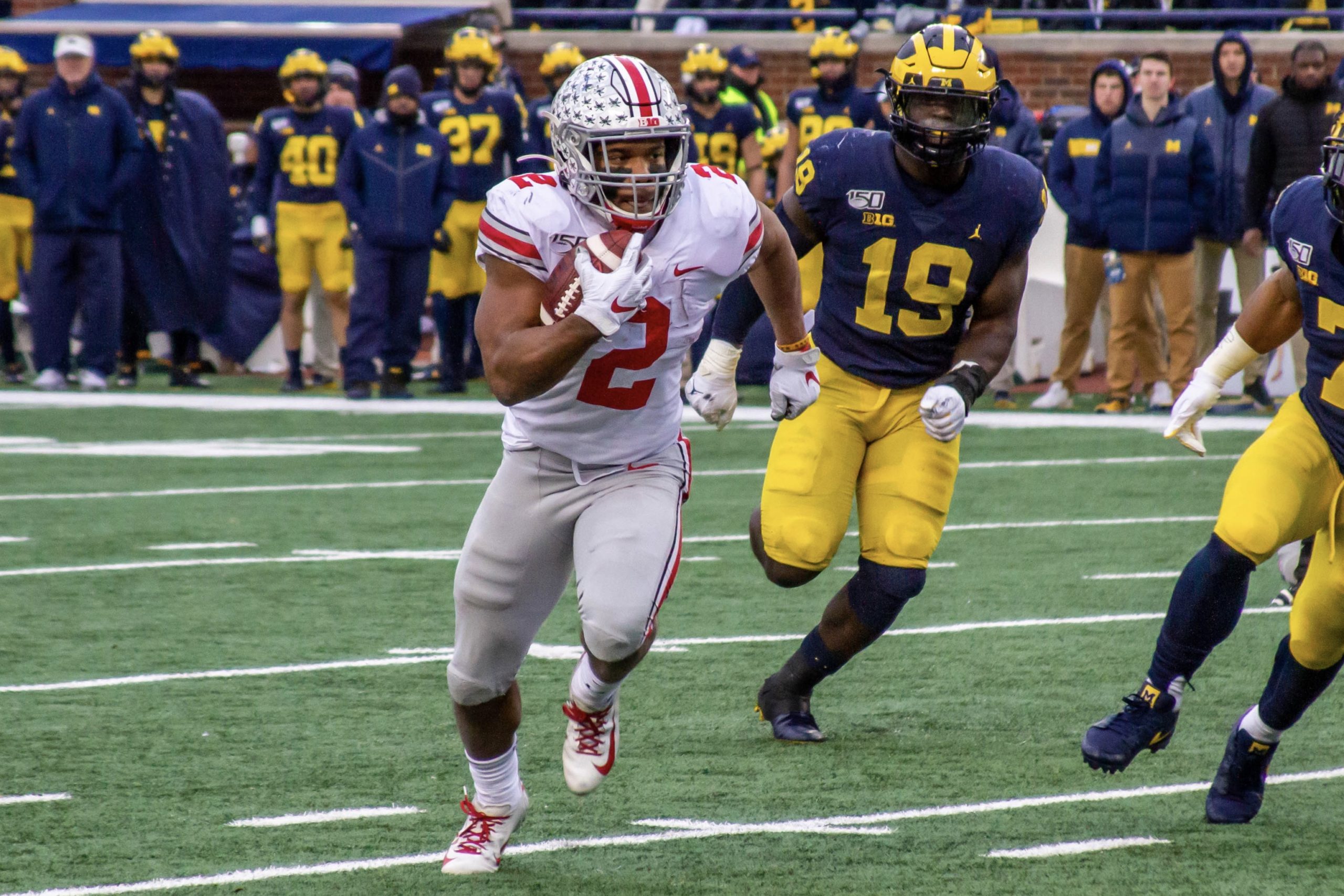 Dobbins also scored four touchdowns to go with a career-high 211 yards, becoming the third Buckeye to score four times in one game against Michigan.

The afternoon was also a historic one for the La Grange, Texas native, as he passed Ezekiel Elliott (3,961 yards) for second in school history in rushing yards. With 4,113 career rushing yards, Dobbins only trails two-time Heisman Trophy winner Archie Griffin (5,589).

The junior co-captain is just 271 yards away from breaking Eddie George’s program record for single-season rushing yards (1927). He would need to average 90.3 across the three more games or 135.5 over two games.

With 21 touchdowns on the year, Dobbins is already sixth on the single-season list, needing six more scores to break Pete Johnson’s OSU record. On the career scoring list, Dobbins’ 41 TDs are tied with Carlos Hyde for sixth, not far behind J.T. Barrett (43), Elliott (44) and George (45). Keith Byars (50) and Johnson (58) top the OSU touchdown list.

A durable and effective back, Dobbins has carrier the rock 674 times for the Buckeyes, 10 shy of passing George for second in school history to Archie Griffin (924).

Dobbins has reached the 100-yard rushing threshold 17 times in his career, tying him with Keith Byars and Chris “Beanie” Wells for fourth among Buckeyes, despite only three such games as a sophomore. George (20), Elliott (22) and Griffin (34) surpassed 100 yards on the ground the most times in scarlet and gray.