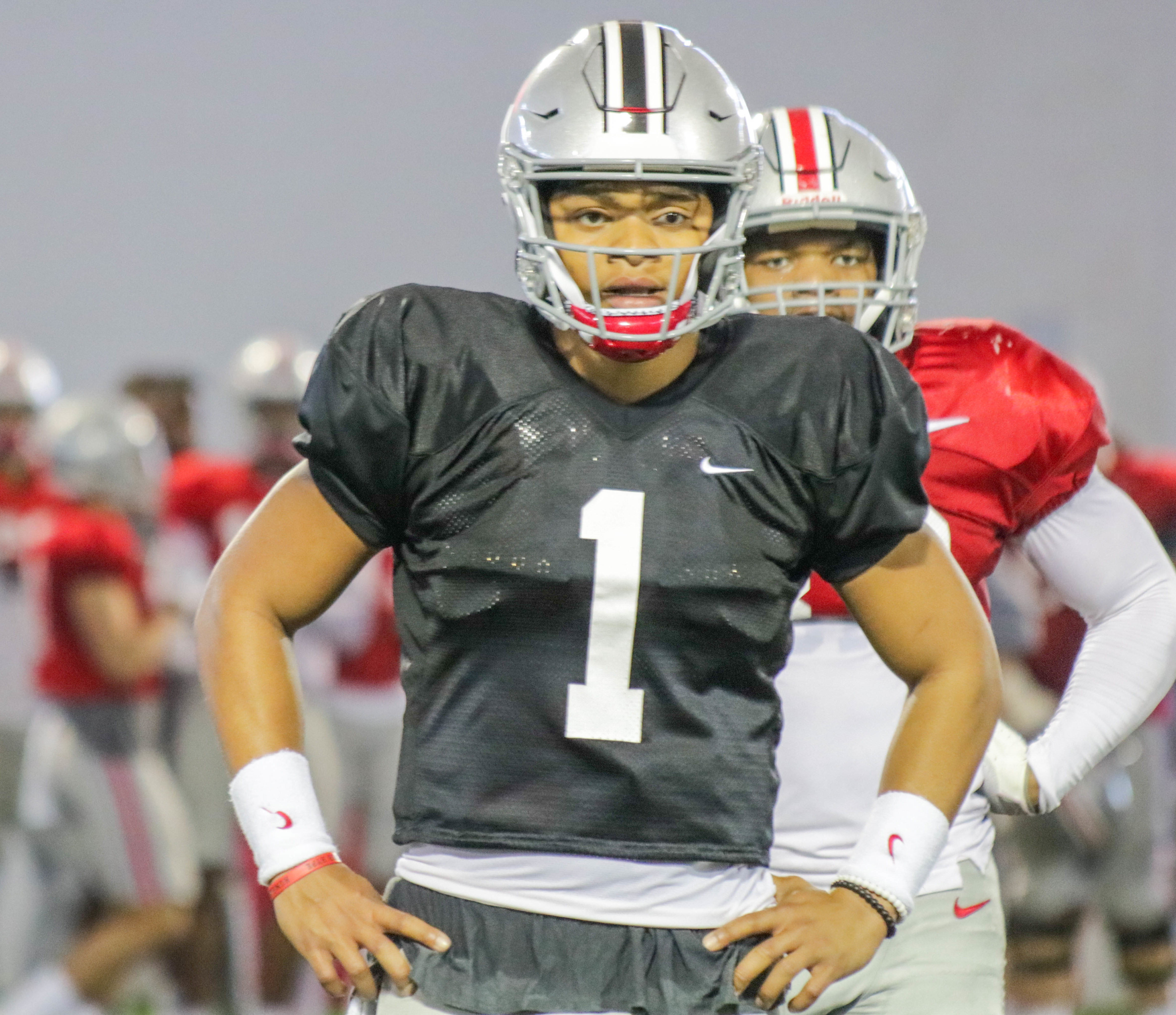 In his only season as a starter, former Ohio State quarterback Dwayne Haskins set both school and conference passing records, was named a finalist for the Heisman Trophy and developed into a first-round NFL draft pick.

And from the moment he announced his transfer from Georgia in early January, the expectations for sophomore Justin Fields include more of the same — after all, he already has the fourth-best Heisman odds behind Alabama’s Tua Tagovailoa, Clemson’s Trevor Lawrence and Oklahoma’s Jalen Hurts despite having never started a game at the college level.

“I’m not necessarily trying to fill Dwayne’s shoes,” Fields said following the Buckeyes’ spring game on April 13. “I’m just trying to come to Ohio State to be the best quarterback I can and do what I can to help the team win. I’m not worried about the expectations or things like that. I’m just going to focus on myself and the team.”

It’s impossible to ignore the annual expectations in Columbus, though, where it’s seemingly national title or bust every season. And adding someone as talented as Fields, who was considered the second-best prospect in the entire country (behind Lawrence) according to 247Sports composite rankings, only adds to that.

“We talk about blocking out the outside voices and just focus on the team,” Fields said. “If we can do that, put our head down and work, we can have a bright future.”

Fields amassed 554 all-purpose yards (328 passing and 266 rushing) and eight touchdowns in nine games for the Bulldogs last season as the backup to Jake Fromm, but he’s still relatively inexperienced. And it showed during Ohio State’s spring scrimmage, in which he completed just 4 of 13 passes for 131 yards and a touchdown — with most of those yards coming on a 98-yard strike to senior wideout Binjimen Victor. He also ran the ball eight times for 38 yards and another score, which adds a dynamic that was missing from the Buckeyes’ record-setting offense last season.

“They both did a good job. They both flashed at times, but it’s still a work in progress,” said head coach Ryan Day, referencing Fields and the recently departed Matthew Baldwin, who transferred to TCU earlier this month. “The guys we have here should have been in high school this time last year. They’re still growing. They’re still making mistakes, so to say we know who they are in terms of a finished product, they still have a long way to go.”

Fields echoed that sentiment, giving himself a C-plus for his performance in the spring game.

Day has not named a starter for the season opener against Florida Atlantic, but it will be a surprise to see anyone other than Fields behind center on Aug. 31 — even with the arrival of Kentucky transfer and Dublin, Ohio, native Gunnar Hoak, who returns home under the guise of a quarterback competition.

There’s no doubt Fields chose Ohio State because of Day’s reputation for developing quarterbacks. I mean, just look at Haskins, who was recently selected with the No. 15 overall pick in the 2019 NFL draft by the Washington Redskins. Or the fact that the Buckeyes finished last season with the nation’s second-best offense in the country, accounting for more than 7,000 yards, 70 touchdowns and 548.8 yards per game.

“I trust him. He’s like family to me,” Fields said, noting he looks at Day’s son, R.J., like a younger brother. “He’s like a mentor to me. He’s a great coach. He’s going to be straight up with you and tell you what you need to work on.”

That said, if Day’s first Ohio State squad is going to meet — or even exceed — the expectations set before them, it’ll be with Fields leading the charge, even if he doesn’t break all kinds of records in the process.