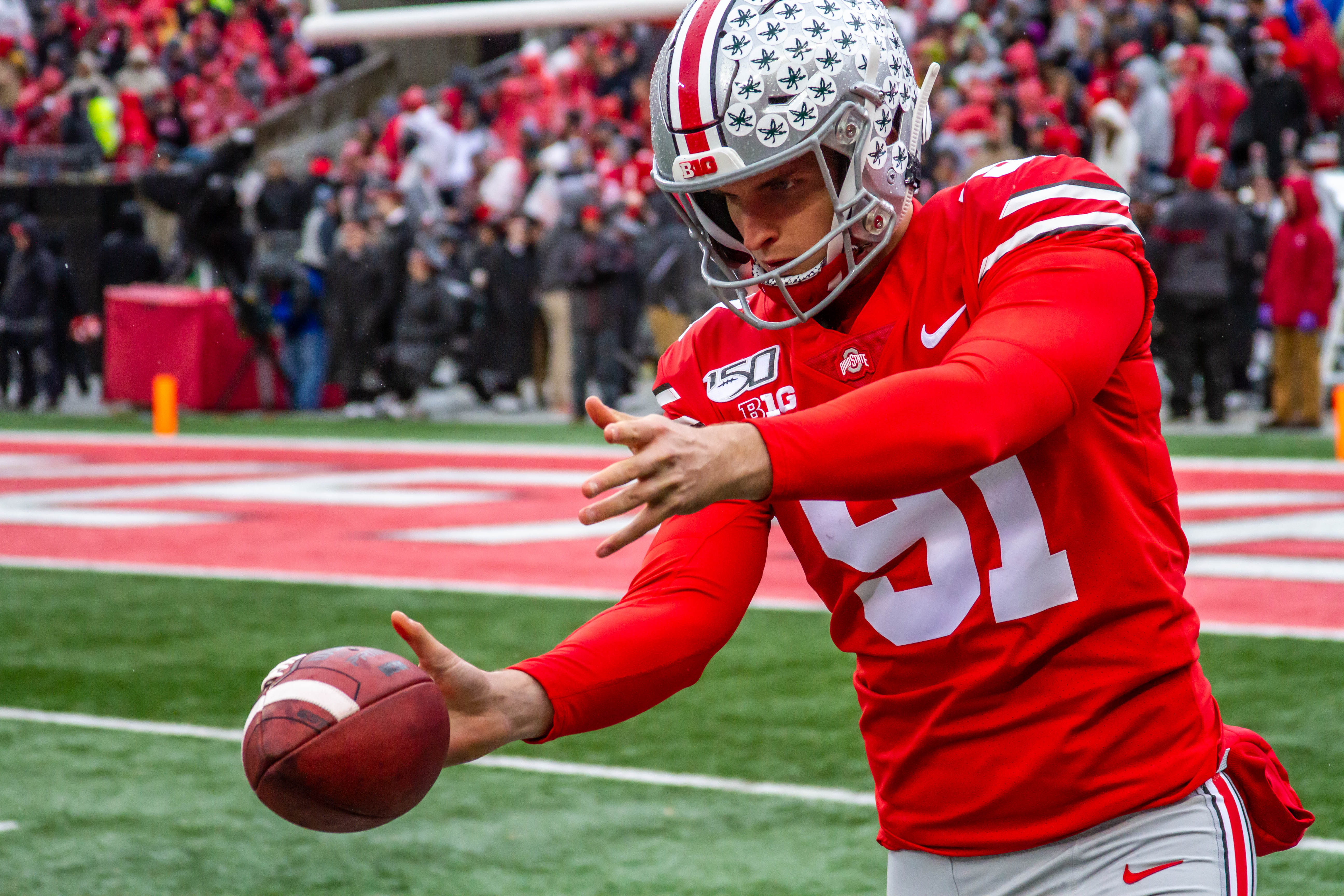 Although he could have taken advantage of an extra year of eligibility due to the coronavirus pandemic, Ohio State fifth-year senior punter Drue Chrisman announced on Friday night he will enter the 2021 NFL Draft instead.

“First and foremost, I want to thank my family and friends for their endless support during all the years of athletics leading up to this point,” Chrisman said in a statement posted to Twitter. “I also want to thank the coaches and support staff at Ohio State for developing me into the man I am today.

“These five years playing for the Buckeyes have given me friends and memories that will last a lifetime. The brotherhood is real and I loved every second of it. After talking to coaches and my family members, I have decided to declare for the 2021 NFL Draft to continue my football journey. Thank you, Buckeye Nation, and as always, Go Bucks!”

In four seasons as a starter for the Buckeyes, Chrisman punted 185 times for an average of 44.0 yards per punt, the fourth-highest average in school history. That includes a career-high 74-yard punt in a win at Michigan State on Dec. 5, the eighth-longest in school history. He is widely regarded as one of the top draft-eligible punters.

Chrisman’s departure means walk-on Michael O’Shaughnessy and early enrollee Jesse Mirco will battle for the starting spot next fall. Senior walk-on Zach Hoover, who filled in for Chrisman during the win over Northwestern in the Big Ten Championship Game, is not expected to return after appearing in Ohio State’s virtual Senior Day ceremonies.