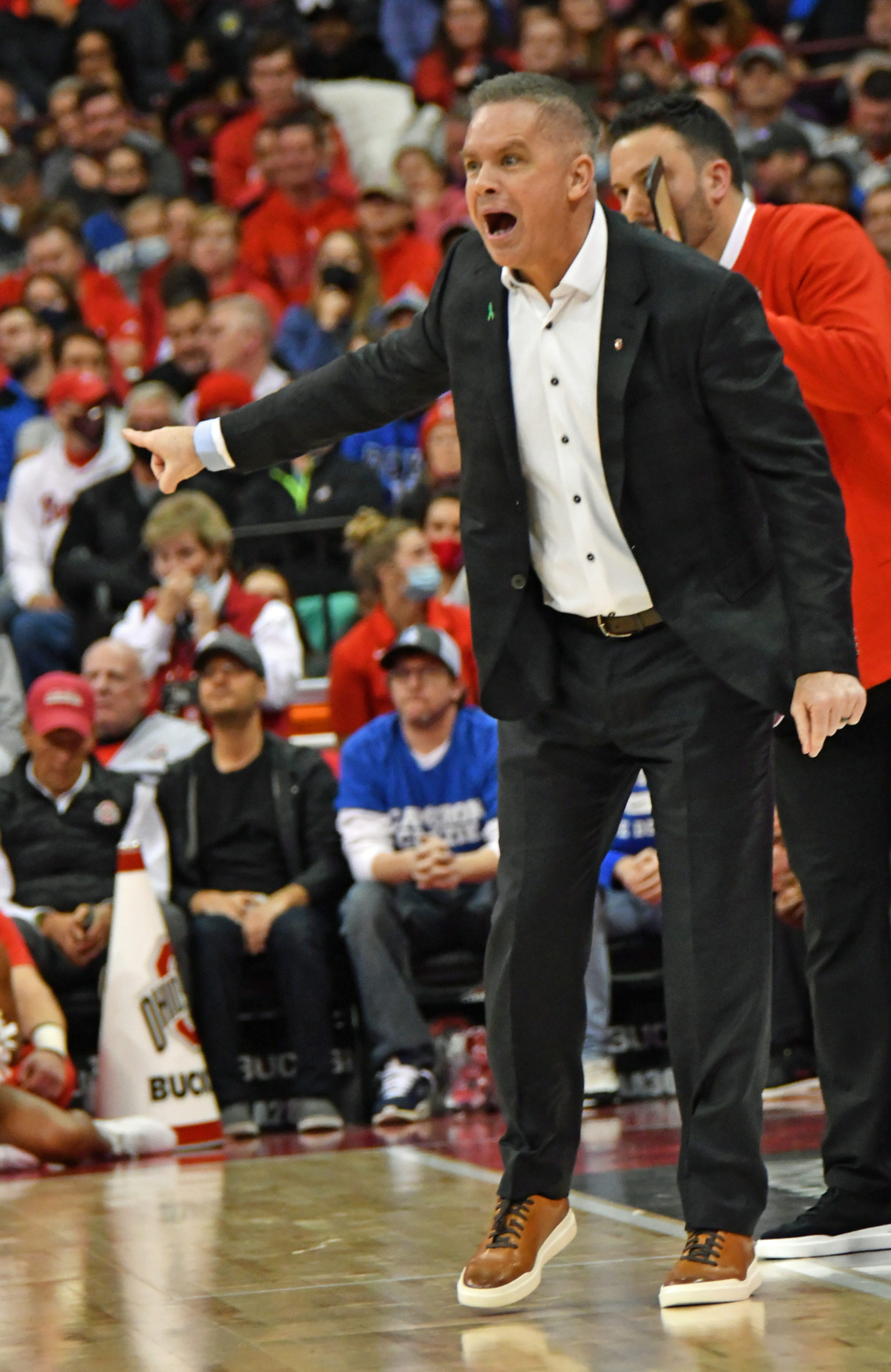 Ohio State emerged from its first Big Ten test just under a week ago relatively unscathed. The Buckeyes went into the Bryce Jordan Center at Penn State and left with a double-digit victory that wasn’t seriously challenged after halftime, save for a few lean moments. Now, as they prepare for their first home league game of the season against the No. 22 Wisconsin Badgers, the Buckeyes know they’ll need to step things up for a repeat of that Penn State result.

“It is a real, true Big Ten game in every sense of the word,” Holtmann said. “They are old, physical bodies. I think it’ll be kind of a new thing in a lot of ways just because of what Wisconsin provides and how they play in general is a little bit of a different style.”

These Badgers do offer a different style. Always strong defensively, Wisconsin is scoring only 69.9 points per game, leaning instead on defense to win games and allowing only 59.1 points a contest. Unlike many of its Big Ten counterparts, Wisconsin isn’t much for 3-point shooting either. The Badgers are hitting only 30.5 percent of their tries, and find most of their scoring from the inside, leaning on strong big man play and guard Johnny Davis, who has found strength in driving to the hoop and averages 20.5 points per game.

Next to him in the backcourt, Brad Davison is somehow still at Wisconsin, and now he’s averaging 15.0 points per game. The young Buckeye guards will have to handle both of them, marking one of the biggest tests of this young season for Malaki Branham and Meechie Johnson Jr.

In the frontcourt, Ohio State gets some exposure to a 7-footer in center Steven Crowl and his 8.9 points per game. Zed Key has started up front thus far for the Buckeyes but could look to split time in defending Crowl with veteran winger Kyle Young.

For the Buckeyes, it’s an important conference game for position jostling down the road, but it also works as a nice example to the youngsters on the team for what they need to expect moving forward.

“You roll into January where it’s every night it’s going against your brother in the backyard,” Holtmann said. “It’s that kind of a bone-on-bone matchup.”